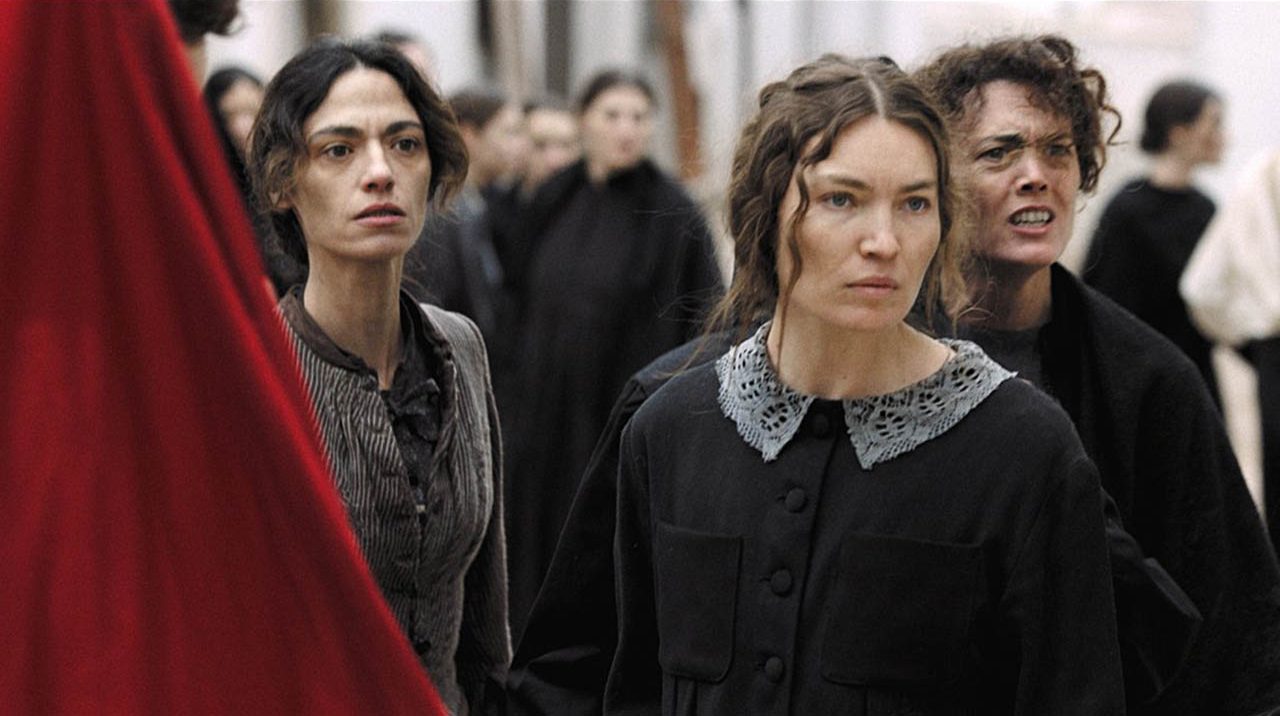 It seemed like yesterday when in the frame of the Locarno Film Festival in 2021, Abel Ferrara he announced his intention to return to Italy for his next film and take care of one of the reference figures of Christianity. Not even three months later and he was already in Lecce for the start of filming, flanked by his protagonist, Shia LaBeouf, chosen, according to the American filmmaker, for an affinity found precisely in the spiritual moment between their two existences. And judging by Ferrara’s character and career, almost never without compromise and, indeed, always moved by a marked sensitivitywe doubt he lied.

In review by Padre Piopresented on the occasion of the exhibition Days of the Authors from Venice79we tell you about a film in many ways that has always been in the destiny of the author born in the Bronx.

Just think that a statue of the saint accompanied his entire childhood, since it was located in the church of the neighborhood where he grew up with his family, who emigrated from our own land. This fact, linked to the strong spirituality of Ferrara’s career (it is enough to dwell on the themes of the famous Redemption Trilogy of the early 90s, but in general of all his collaboration with the screenwriter Nicholas St. John) and to the eternal predilection for the marginalized , recently focused on real figures, further demonstrates this.

Another “inevitable” stage, therefore, on the path of a cinematographic thought that shows no signs of stopping, continuing to experiment with languages ​​and to seek the exploration of similar souls.

As Martin Scorsese, beloved (and how to blame him) by Ferrara himself, said, cinema for him was often a way to seek God or find a way to interpret his signals, always remaining disappointed in himself. A factor that distinguishes him from his fellow director of the film we are talking about, who seems to have found his own way of getting in touch with the divine: narrating the lives of men inspired by it and who, in many ways, embodied its mystery more.

On February 17, 1916, Brother Pio (LaBeouf) arrived in Foggia, remaining there until the end of July, when he arrived for the first time in San Giovanni Rotondo, in the convent of Santa Maria delle Grazie. During this stay he began to have visions, mostly nocturnal, more and more violent, which accused him of his weakness, asserting against him the sins ascribable to the sphere of cowardice and timidity towards his nation and his brothers.

At the same time, in the Calabrian village, the few men who managed to save return from the violence of the First World War.

The atmosphere they find, however, is not the best, because of an Italy that has now profoundly changed away from that front where the only logic that moves the sun and the other stars is that of killing or being killed. In fact, those who remained at home, guilty of having found a way to use their minds and their arms in a different way from that of pointing a gun at another man, had welcomed and over time matured a political approach different from that present in Italy at the time.

And the prospect of being able, for the first time, to participate in free elections, had inflamed their hearts and thickened their intentions. 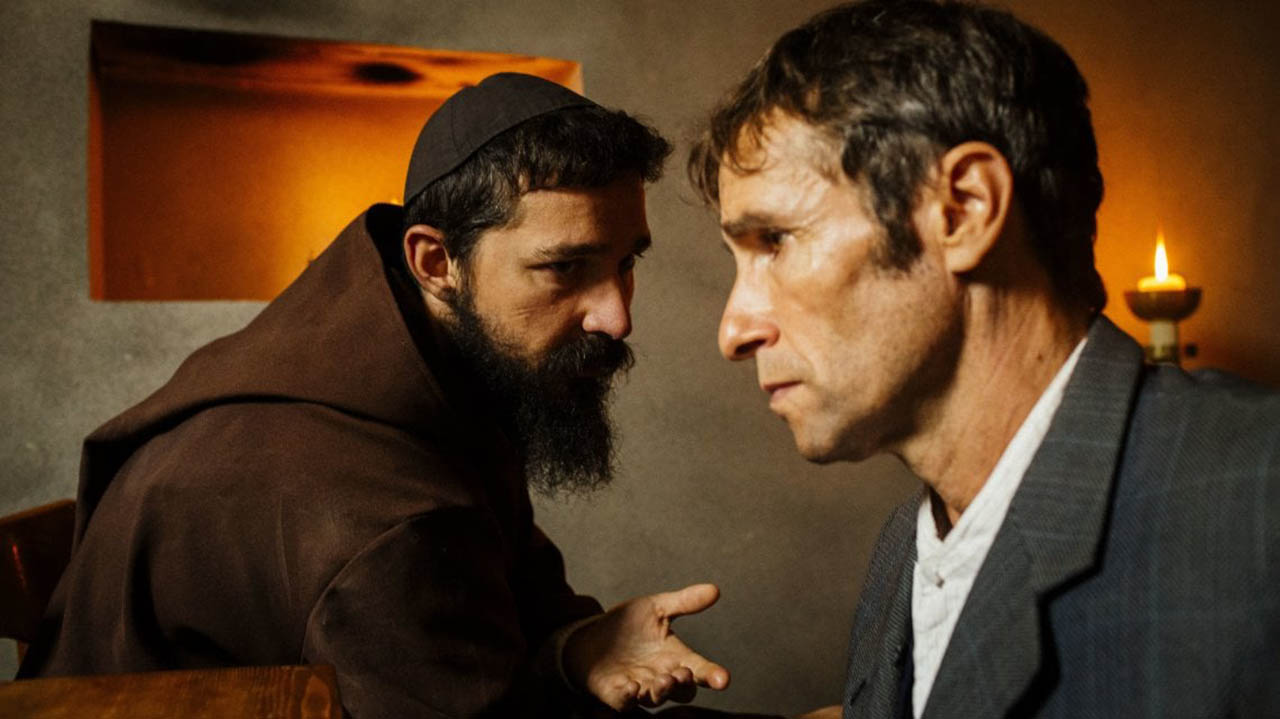 A moment of great turmoil in the community, which is accompanied in its difficult journey by the friar with all the weapons of a man who is fighting his own inner war to find himself on his journey of faith.

Mostly closed in the convent, Pius listens to the confessions of the villagers who take refuge in his council, dividing this task with that of being the intermediary of God of a message for all men, or that of an imminent violence even greater than that which has just ended.

A violence that the community will soon experience even on its own skin.

Abel Ferrara tries his hand after Pasolini, Thomas (which is in a certain sense “the most different”, but it fits us equally well in the discourse), Siberia And Zero and Oneswith a story that corresponds in various aspects, above all thematic, to a crasis between them.

Father Pioalready starting from the cut of its protagonist, it is positioned halfway between the story of the real alter egos (almost always personified by Dafoe) and that of a spiritual summa at the end of an inner journey that passes through a confrontation / confrontation with oneself themselves (much closer, therefore, to the film with Ethan Hawke).

The version of the friar brought to the screen is, as also the story agrees, that of a “saint in formation”, who decides to spend time alone in that convent, because in it he has the opportunity to unleash a night war which he feels necessary to take a decisive step towards Christ. The transformation of his spirit, but also of his body in a certain sense, however, passes through a reaction to what is happening in the world around him, becoming in fact the medium of a message that God addresses to all creation.

This is not just a war film, but a conflict film, which touches the spiritual and then human spheres up to the political and social one.

A film made up of layers linked by a single common thread in which, in an orderly fashion, the field of action of the facts that interest the narrative is increasingly broadened, leaving, if you allow me, also a much more uncompromising perspective on the idea of ​​redemption that Ferrara has evidently matured in recent years.

In this renewed bias and desire for condemnation lies the sense of flanking and (in a sense of narrative length and weight) dominating the figure of the Saint with the story of the massacre of San Giovanni Rotondowhich took place on October 14, 1920, the day of the settlement in the Town Hall of the socialists who had won the elections against a coalition made up of fascists, military, liberals and large and small owners.

14 people were killed and 80 injured among the procession of winners.

His focus of the film, however, remains that of the resolution of the conflict within the Holy Friar, on whose hands the famous stigmata appears as a warning from God about what is to come, here also rendered as identification of Christ with the pain of those who they will be the designated victims.

From a formal point of view, the American author decides to tell a fictional story with a register as close as possible to the documentary one and in some ways punk rather than neorealist. The dop is a practically absent figure, intervened only in post production in the person of Alessandro Abate (Martin Eden), but the result is more like fiction than actual cinema, even the more artisan one that the Bronx filmmaker developed after the Roman period, especially in surreal moments. The music, on the other hand, is not effective, (well) taken care of once again by that Joe Delia who began to collaborate with Ferrara at the time of The bad lieutenant. Unfortunately, acting in English by our fellow villagers is not always effective.

Father Pio it is in full a film by Abel Ferrara, therefore extreme, provocative, aligned, self-reported, but also passionate and alive. Without compromise, even at the cost of touching, at times, inadmissibility by the majority of the public. His cinema, however, remains an art, which, with all its rusts and rigidities, still has the capacity to enrich.

Padre Pio is the film by Abel Ferrara starring Shia LaBeouf presented during the Venice Days 79 review, which focuses on the story, in a spiritual key, of the saint’s stay in the convent of San Giovanni Rotondo at the time of the massacre of the 1920. The film is yet another chapter in a career spent narrating the lives of the marginalized and their relationship with the divine, their search for God and the internal conflict they find themselves having to overcome in order to embrace it. Lately more and more linked to the world of documentary and biopic, Ferrara gives life to the umpteenth testimony of his internal research, gradually represented by alter egos or men who really existed, even this time they do not give up the political and social dimension. A title that clashes with the rusts, the rigidity and the self-referenced dimension of a cinema which, however, remains enriching, if one decides to read the points of light.