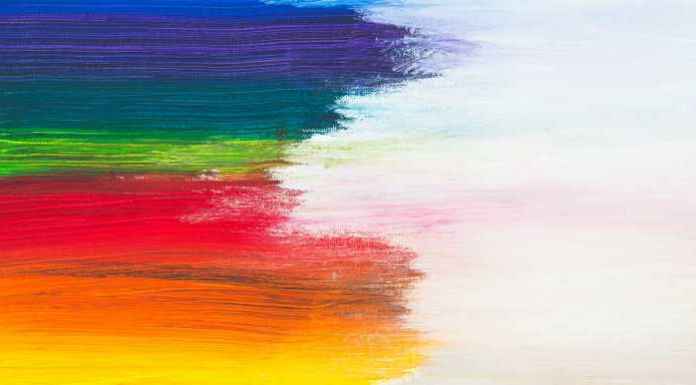 What do music and color really have in common and how can they influence each other? From art to visual design passing from the relationship between painters and musicians in history. The connection between image and sound is tight to evoke limitless space and emotion

The relationship between music and color in art, evocative of space and emotions, it has always fascinated musicians, painters, scientists and mathematicians. Starting with Isaac Newton up to composers and painters such as Schonberg and Kandinsky, many visionary artists have spent part of their lives searching for the correspondence between the sensory harmonies and disharmonies of looking and listening. In the modern world it is visual design that offers new ideas.

The relationship between music and color refers to concepts that we find in philosophy, psychology and in synaesthesia, a perceptive phenomenon concerning the way of questioning reality and receiving information. Some individuals can, for example, perceive sound stimuli following a visual reaction. The pure synesthete sees sounds and hears colors. We see the projects of researchers, universities and artists who are inspired by everything around them.

Music and color both have an emotional impact on the individual. Music can evoke emotions deep and intense pleasure, colors feelings of calm or excitement. When these two elements are combined, the artistic experience becomes unique and more intense. For example the combination of sad melodies with gloomy colors can evoke sadness and melancholy while listening cheerful songs looking at bright colors enhances the feeling of joy and happiness.

Music and color they can be used together to create more intense atmospheres, but not only. In the phenomenon of chromesthesia some people can also perceive colors in relation to the music they listen to and vice versa. These are very personal experiences that vary greatly from person to person. Each of us has a personal “chromatic palette” linked to particular sounds.

There chromesthesia it can also be used to create engaging and immersive artistic experiences, as happens in chromatic concerts, where the music is accompanied by projections of light and colour. The effect is to create a unique and immersive experience for the public, where backgrounds, sounds, images and colors blend perfectly to create a particular atmosphere.

Color is often used to emphasize themes in environments, artworks or films. The exotic charm of ethnic music can be combined with warm colors to create more welcoming settings. Psychedelic lights recall electronic dance, black and white is often used in jazz. Thus symphonic music is used to emphasize epic scenes from films and dark colors are combined with thriller themes.

Music and color they also have a close relationship with the culture and spirituality of many societies. Indian and Chinese culture have a long tradition of using these elements to evoke deep meanings and emotions. In the Indian tradition they are closely linked to the concept of harmony and balance between opposites and are used in spiritual practice to reach states of trance and meditation.

Instruments and voices are synchronized to create a perfect harmony, while the colors create a visual balance to evoke a sense of peace and harmony. In the rituals of sacred songs used to evoke divinities and reach trance states, particular colors are used to create a sacred atmosphere that reinforces the meditative effect.

Music and color in art

When it comes to the relationship between music and color in art the friendship between the painter Kandinsky and the musician Schonberg is always mentioned, united by elective affinity and a parallel vision of art. Kandinsky he wanted his works to be heard, while for Schonbergfather of the dodecaphony, it was the music that made you look.

The secret of expressiveness was theinteraction between the arts, even if not everything went smoothly. Kandinsky in his writings speaks of harmony and correspondence, but also of struggle and tensions between colors and sounds of a palette in the hands of an orchestra conductor. Often in mentioning the relationship between music and color, reference is made to the works of Debussy and Ravel, two of the great composers french.

Debussy’s music is compared topictorial impressionism , even if the composer disagreed. Yet if the Impressionists suggest rather than represent, even his music is full of unresolved dissonances and ambiguities that leave room for personal perception. Color and tone can meet in the works of Fantin-Latour, Gustave Moreau, Odilon Redon, Gauguin, Max Klinger and especially Arnold Böcklin.

Experiments have been made for many years music and colors in the audiovisual. At first, the attempt to translate music into images was predictable because software with predefined mathematical algorithms was used which linked the frequencies of the sounds to the colours. The parallelism between sound waves and light waves was also reproposed a few years ago by three researchers from the Milan Polytechnic in a project called Musicolor which used analog transcoding.

Giuseppe Caglioti, professor emeritus of matter physics at the Milan Polytechnic, and the director and teacher Tatiana Tchouvileva, had created a screen with a transparent liquid film with a thickness between 100 and 400 nanometers. In a silent room the Musicolor reflected the light of the sounds exhibiting the colors of the rainbow. The vibration generated by a whisper or a sound made the film deform, returning a somewhat exciting multi-sensory experience.

There music came to life spontaneously by exploiting the physical properties of matter stimulated by sound and light waves. The applications of this and other similar ideas, beyond a strictly artistic or experimental approach, can amplify the perceptive universe. The applications could be of interest to design, fashion, education, health and the whole world that revolves around the pursuit of well-being.

L’Oscilloscope Music it’s another way to watch music. Everything starts from the oscilloscope, an electronic measuring instrument with a vintage flavor, used in the analog age, to verify the functioning of electronic devices and components. It basically consists of a screen that displays a green dot moving from left to right at a constant speed. By applying a voltage, the dot rises or falls, allowing for example to verify the presence of an electrical signal in electronic circuits.

Using the output signals from an amplifier, the movement of the electron beam on the oscilloscope screen can be controlled from right to left and from top to bottom. Jerobeam Fenderson, inventor of the trick, thought of composing appropriate music so that viewing with the oscilloscope was as intriguing as possible. This idea of ​​him was presented at various festivals of electronic music.

The relationship between music and color it was also designed to catalog songs. In the infinite sea of ​​content of the music streamin a period of contamination between sounds, styles and languages ​​to speak of musical genres it doesn’t make much sense anymore. Pop, rock, classical, jazz are just words that don’t define the emotions conveyed by the songs. The playlists they have a name, but words are not enough to describe a spell.

We could spend millions of words for a painting, but all those words could never convey the emotion of seeing the work live. So music comes from the heart of the artists to get straight to that of the listeners: why not use the colors of music to define a genre or a song? Guitarati’s project went beyond the vague terms used to describe music and image.

The idea was to more easily describe the songs through colors that can express feelings and evoke emotions or memories. It was the users themselves who had to assign a dominant color to each song and vice versa. Subsequently, to search for pieces, one had to rely only on chromatic sensitivity. The service hasn’t had much success, but it’s not excluded that someone can exploit the idea in the future by mixing it with the use ofartificial intelligence.

There combination of music and colors it has been used for many centuries as a means of improving mental and physical well-being. The combination of these two elements can create a unique and powerful therapeutic experience. The benefits of music therapy they can be combined with those of color therapy to reduce stress, improve memory and concentration, increase creativity or in the treatment of depression, anxiety and schizophrenia disorders.

There chromatic music therapy uses the combination of music and colors to help people achieve a state of deep relaxation and increase awareness of their body and mind. A soothing melody can be accompanied by warm colors to create an environment of calm and tranquility, while dark colors can be used to emphasize the themes of stress management therapy.

The combination of soothing colors and peaceful melodies can help relax the body and mind and for example increase the effectiveness of the practice of meditation. For those looking for some examples, on Youtube you can find videos that mix music and images of shapes and colors that should promote relaxation.