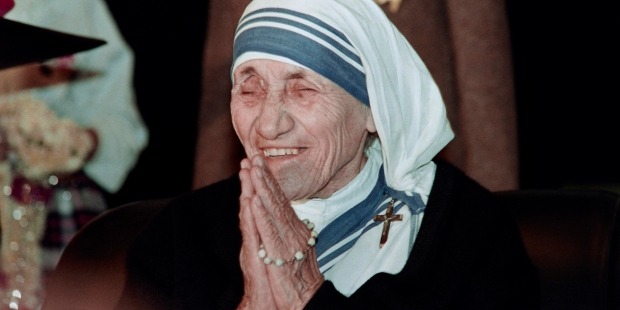 The documentary chronicles the life of Mother Teresa, the profound spirituality and the physical impact that she and the Missionaries of Charity have had – and continue to have – on Catholics and non-Catholics around the world

Is titled “Mother Teresa: No Greater Love” (“No greater love”) the new film about santa Mother Teresa of Calcutta produced by Knights of Columbus and presented in Rome on August 31, at the Vatican Film Library of the Holy See, after a premiere at Pontifical North American College last August 29th.

Commemorating the impending 25th anniversary of the death of Mother Teresa of Calcutta, the film was shot on five continents and featured unprecedented access to both institutional archives and the apostolate of Missionaries of Charity.

The profound spirituality of Mother Teresa

“Mother Teresa: No Greater Love” is a documentary that tells, through numerous testimonies and documents, the life of Mother Teresa, the profound spirituality and the physical impact that she and the Missionaries of Charity have had – and continue to have – on Catholics and non-Catholics around the world.

Fathom Events will release “Mother Teresa: No Greater Love” in theaters nationwide on Monday, October 3 and Tuesday, October 4. The film is part of “Saint Seriesby Fathom Events, a curated collection of films chronicling the lives of Catholic saints.

During the first Roman screening of “Mother Teresa: No Greater Love”, open to the press, on Monday 29 August, at the Pontifical North American College (PNAC), a round table was held, with Jonathan Reyesone of the film’s executive producers; David Naglieri, Emmy Award winner and producer of “Mother Teresa: No Greater Love”; and the actor Jonathan Roumie, protagonist of “The Chosen”. The Supreme Knight Patrick Kellyoffered some introductory remarks ahead of the film.

Trust between Missionaries and Knights

The Supreme Knight also introduced the screening in the Vatican on August 31, underlining how “this film was born from a relationship of trust with the Missionary Sisters of Mother Teresa and the Knights of Columbus. A relationship that has grown over time and dates back to about 30 years ago, from the friendship of one of my predecessors, who was a friend of Mother Teresa. The seeds of an initial friendship dating back to 1980 have now taken shape in this film”.

The copy to Pope Francis

Patrick Kelly then presented a copy of the film to Pope francesco during the Wednesday general audience before the press conference. On Thursday 1 September, the film was screened privately for the Missionaries of Charity in Rome.

The foundation of the Knights

In 1882, the blessed Michael McGivney, a young parish priest in New Haven, Connecticut founded the Knights of Columbus to serve the needs of a largely immigrant Catholic community.

What began as a small fraternal charity has since grown into one of the world’s leading international charities, with 2 million members worldwide. more than 16,000 local councils.

From July 2021 to June 2022, Knights around the world have donated nearly 48 million hours of service and nearly $154 million for worthy causes in their communities.

In addition, the Knights provide investment services in accordance with Catholic social teaching through Knights of Columbus Asset Advisors, which has total assets under management of more than $28 billion. Based on the founding principles of charity, unity and fraternity, the Order remains committed to strengthening Catholic parishes and families and to practicing faith in action through service to all in need.

To find out more or to join the Knights of Columbus, visit kofc.org/join.

For the film trailer, artwork and photos, visit www.motherteresamovie.com.

“Mother Teresa: No Greater Love”: the new film on the saint of Calcutta

The cinema releases of the month of February 2023 in theaters in the United States: all the new film...
Aversa, Maria SS. of the free: the program of the celebrations | TV contrast
Robbie Coltrane: Harry Potter's Hagrid dies at 72
Tweet
Share
Share
Pin