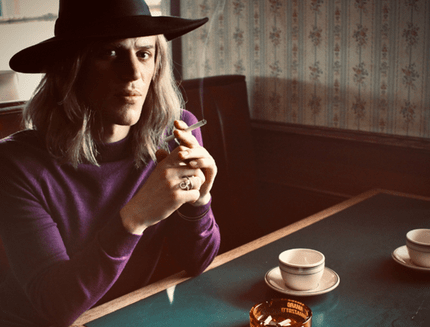 At the cinema from 26 to 28 September (15 – 21 September in IMAX) with Universal Pictures Italy Moonage Daydreama biographical documentary on David Bowie with unreleased footage and performances, Academy Award-winning director Brett Morgen (Cobain: Montage of Heck) examines the creative, musical and spiritual side of David Bowie. “Moonage Daydream” is the first biopic authorized by the Bowie heirs, described as “a cinematic odyssey that explores David Bowie’s creative and musical journey.” With unfiltered access to Bowie’s archives, including all of his major recordings, they spent five years building a genre-defying “cinematic experience”, grappling with spirituality, transience, isolation, creativity and time to reveal the iconic icon. in his own voice. 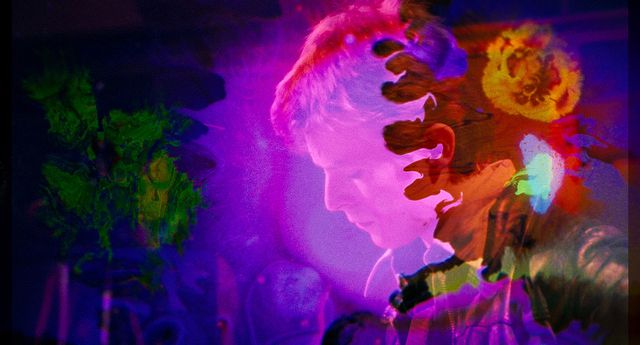 The official plot: Academy Award-nominated director Brett Morgen, author of “Cobain: Montage of Heck,” creates “Moonage Daydream” an immersive cinematic experience with many previously unseen concert images; an audiovisual space odyssey that not only illuminates David Bowie’s enigmatic legacy, but also serves as a guide to leading a fulfilling and meaningful life in the 21st century. “Moonage Daydream” is not a documentary. It’s a genre-free cinematic experience based on one of the most iconic global rock stars of all time, destined to be one of the most important cultural moments of the year. The film has the full backing of the David Bowie Estate and contains many of his most important songs, as well as never-before-seen concert footage.

David Robert Jones was born in Brixton on January 8, 1947. At the age of 13, inspired by London’s West End jazz, he picks up the saxophone and calls Ronnie Ross for lessons. The first bands he played with – The Kon-Rads, The King Bees, The Mannish Boys and Lower Third – gave him an introduction to the flashy world of pop and mod, and in 1966 he was David Bowie, with long hair and the celebrity aspirations rustling in his head. Kenneth Pitt signed on as his manager and his career began with a handful of mostly forgotten singles and a head full of ideas. It wasn’t until 1969 that the plunge in the charts would begin, with the legendary “Space Oddity” (which peaked at # 5 in the UK). Among his musical wanderings in the late 1960s, young Bowie experienced mixed media, film, mime, Tibetan Buddhism, acting and love. A first rock album, originally titled “David Bowie” then renamed “Man of Words, Man of Music” and again as “Space Oddity”, paid homage to the kaleidoscopic influences of the London art scene, alluding to a songwriting talent that was about to produce some of the most beautiful and distinctive works of rock n roll, even if the rest of the world would have taken a few years to catch up.

“The Man Who Sold The World” was David Bowie’s first album recorded as a stand-alone entity and marks the zero point of the first definitive creative trait to come. Mick Ronson’s guitars are often referred to as the birthplace of heavy metal, and certainly the auspicious beginnings of glam rock can be traced here. The album was released by Mercury in April 1971 with a minimum of fanfare, and Bowie made his first trip to the United States to promote it that spring. In May of the same year, Duncan Zowie Haywood Bowie was born to David and his then wife Angela.

1972 would be the year Bowie rose to international prominence. GQ UK publisher Dylan Jones, for example, said of the historic 1972 appearance of Top of The Pops on July 6 where Ziggy first materialized in millions of unsuspecting stays by performing “Starman,” the lead single. of the album, “This is the performance that turned Bowie into a star, incorporating his character of Ziggy Stardust into the consciousness of the nation.” Premiere in London that spring, the creation of Bowie’s extraterrestrial rock star, Ziggy Stardust, staged one of the most spectacular and groundbreaking live shows to date, expanding the parameters of the live rock show and launching a solo show. world glam explosion.

Not long after the release of “Young Americans,” Bowie moved to Los Angeles and starred in Nic Roeg’s cult classic sci-fi film The Man Who Fell to Earth. Almost immediately after filming was completed, he returned to the studio to record “Station to Station”, a kind of travelogue with the opening / title track of over 10 minutes, “Golden Years”, “Stay” and the prescient story of a holographic TV swallowing the narrator’s girlfriend, “TVC15”. The White Light tour followed, with Bowie bringing the “Thin White Duke” character to life from the album’s lyrics and avoiding the technicolor theatricality of his previous tours in favor of a stiff German expressionist black-and-white film vibe that didn’t. which increase the dramatic impact of each performance. This period also saw the release by RCA of David’s first compilation of hits, “ChangesOneBowie”, in May 1976, shortly after his tour ended, David moved to the Schonenberg district of Berlin… [fonte DavidBowie.com]

Films with and about David Bowie

David Bowie also starred in a stage version of The Elephant Man staged at the Booth Theater on Broadway in 1980, he executive produced the play Passage to heaven (1998) by Antonio Baiocco with Tomas Arana and Vittoria Belvedere and voiced Emperor Maltazard in the English version of the film Arthur and the people of the Minimoys by Luc Besson.

Moonage Daydream: Italian trailer and previews of the documentary on David Bowie at the cinema also in IMAX