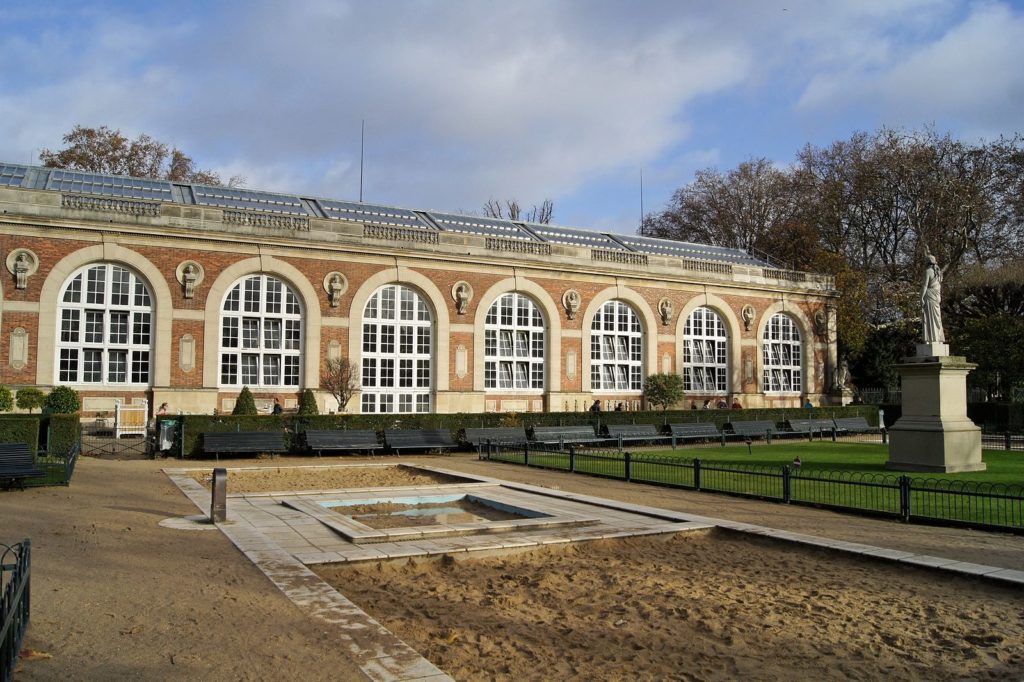 In the heart of the Luxembourg Gardens, in the orangery of the Senate, enter the dreamlike universe of William Castel. For ten days, the visual artist offers you a pleasant journey through his algal creations.

A dive into the aquatic imagination of Guillaume Castel

As soon as you enter, you fall under the spell of a large structure with two facets, one in mirror and the other in steel. Samare turns gently, majestic and light, curved on itself. The universe of Guillaume Castel emerges from the depths of the Atlantic, in Finistère, where the source of his creations is found. These are imbued with duality: between bright colors and steel with an oxidized effect, design and organic shapes, lightness and weight. Some have a distorting mirror facet.

His works are of great delicacy. The irregular contours of the imposing materials on which he works show a great virtuosity in the realization of the sculptures. Dulse and nori. These two terms designate varieties of algae that the artist encounters during his dives.

Our favorite of the exhibition, the Marine walks. On wooden panels are drawn shapes of seaweed on a white background. Each is made with colored ink, which he produces by pressing his sculptures. The refined shapes intersect and mix luminous colors, like natural stained glass.

The fragile and wonderful coastline

Committed artist and militant in the ecological movement, Guillaume Castel affirms however that at the time of creation, his work remains independent of his convictions. In fact, many spectators speak of a ” ode to nature“, he explains. Indeed, the disproportionate formats on which he works and the lightness of the structures are very poetic. But this immersion recalls at the same time the precariousness of the aquatic environment. Series Thread in particular, forms of algae in lacquered or galvanized steel drying on a metal bar, strikes us with its apparent fragility. The exhibition seems imbued with spirituality, a spirituality that speaks to us of this immense and delicate universe.

Guillaume Castel insists on the notion of “imaginary herbarium” to describe his work. ” They are forms which are imprinted with nature, but which are not copies of it.. […] It’s a lot of informal collection work, which is linked to walks, dives, I spend a lot of time in nature. And then I transcribe everything in the workshop. […] It’s really this feeling of being in the water, in the seaweed, in the surf, the light that crosses the water, the reflections, the different colors…“. Initially, his pieces were made to be exhibited in gardens, public or private. The mirrors thus create numerous games with the lights whose energy they capture.

An exhibition to see from Thursday 8 to Monday 19 September at the Senate Orangery, in the Luxembourg Gardens.