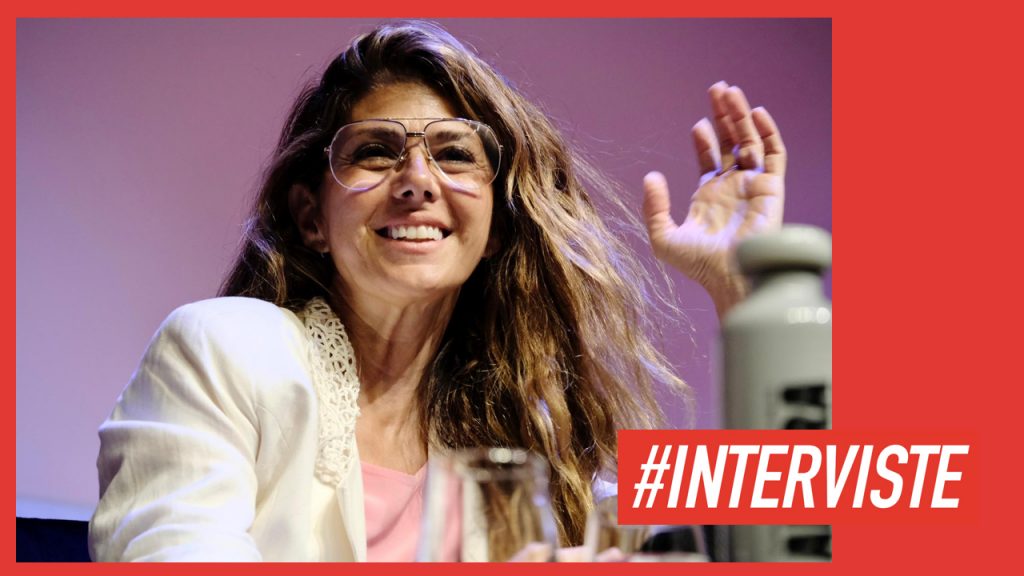 OSTUNI – Pink t-shirt, white jacket and sunglasses, Marisa Tomei, who arrived in Ostuni for the Allora Fest scheduled until June 26, looks more like an American tourist on vacation than an Oscar-winning actress. But then she took the chair for a decidedly unusual Masterclass in which the actress talked about her relationship with Italy, but also myths and passions. “My parents? They have Tuscan blood in their veins, their grandparents were from Lucca and Livorno, so every time I come here to Italy it’s a special trip … “. So, between Giulietta Masina and Darren Aronofsky, here’s what Tomei told the audience during the meeting.

MY ITALY – «Italy has been fundamental for my career. I grew up with the myth of Giulietta Masina and it was by admiring her that I decided to become an actress. She was a great source of inspiration. Both of my parents have Tuscan blood, although I must say that they were careful to somehow filter our Italian origins, choosing the one they loved and the one they wanted to distance themselves from Italy. For example, they chose not to let me grow up with a Catholic background. Mom had gone to school from the nuns and was traumatized, she wanted to spare me that experience ».

MY ITALY # 2 – «But then I found my spirituality in my own way, outside the church, in the following years. Today I do meditation and I must say that over the years I have improved a lot and I have also learned to feel the benefits. Instead, what I have kept in the house of Italianness and your way of being is the cult of good food and attachment to the family, although families may be complex they represent a central thing in people’s lives. For example, I am very attached to my brother. He is my best friend… ».

JOE AND ME PESCI – «Thirty years have passed since the release of My cousin Vincenzo, film for which I won the Oscar as a supporting actress. I was really just starting out. I started with the theater which, even if demanding, remains my refuge, there I feel relaxed, unlike the set, where I am always on edge. Before My cousin Vincenzo at the cinema I had done little, I had started with Flamingo Kid, in which I only said one line (“You’re drunk!”). Then I did a sitcom on TV All in collegespin off de The Robinsons. What if I knew I had a comic talent? I would say no. I was only thinking about acting, but I was still very naïve. Even if I hope I have kept that pure spirit of her origins, the freshness of that girl who wanted to be an actress and, despite the no and the difficulties of her initiates, listened only to herself and her dream … ».

THE NUDE – «I shot my first nude scene when I was already over 40, in The Wrestler with Mickey Rourke, in which I played the part of the stripper (role for which she was nominated again for an Oscar, nda). Darren (Aronofsky, the director, nda) had convinced me, as long as I could see the scene again. I remember the doubts of those days when I said to myself: “Why didn’t I do it at 25 when I was pretty fit?”. But then I realized the value of shooting a risque scene at that age, first of all because when I was young I took myself too seriously and I would not have stood the pressure of others’ judgment. After that experience, I realized that the female nude has enormous power on the screen. I was a model, an opportunity for redemption for all mature women, who have regained confidence in their bodies that are no longer very young. As if to say that one can be seductive even if time passes and leaves some mark on us ».

THE ME TOO – “But no, you can’t change Hollywood overnight. It takes years, but the waters are moving. And I am happy about it, because I strongly believe in the younger generations of women, they are determined, they know what they deserve and have no intention of diminishing themselves in front of their male colleagues. For me they are a great source of inspiration, I have a lot to learn from them. Now things are changing and there are starting to be interesting roles for actresses my age (57, nda), we begin to overcome a very strong taboo in the cinema for which there is only room for young actresses in films. Did you have to choose a character to play? Mary Magdalene. I don’t know why, but it fascinates me. An Italian director to work with? Luca Guadagnino and Paolo Sorrentino… ».

Marisa Tomei: «I, Italy and the myth Giulietta Masina …» | HotCorn.com