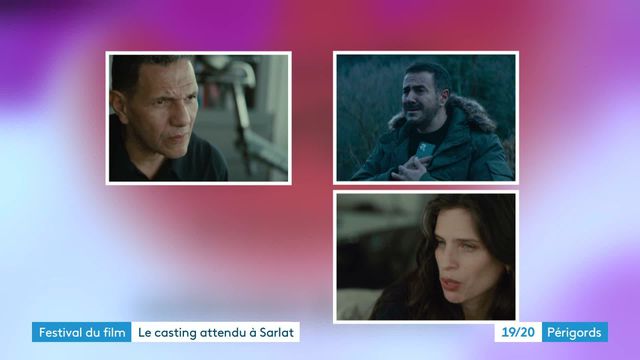 The 31st edition of the Sarlat film festival will begin on November 8, 2022 with a fine program of seven films. Among, the actors and directors who will tread the cobblestones of the Périgord city, Roschdy Zem, Maïwenn, José Garcia, Rachid Bouchareb or Gad Elmaleh.

After a somewhat dull year 2021, the festival is back with the red carpet effect. “Since the cinema attendance situation has been quite bad, actors and directors want to come and meet the public”, assures Pierre-Henri Arnstam, the president of the festival.

Gad Elmaleh will open the festivities on Tuesday, November 8 as director of the film Stay a bit. A comedy based on personal reflection in which he plays a man on the eve of his fifties under the influence of a spiritual revelation. It is therefore a question of religious and family choice. Featured in Stay a bitGad Elmaleh invited his sister, the director and screenwriter Judith Elmaleh, but also her parents, Régine and David Elmaleh.

Highlight of the festival, the presentation of the latest film by Roschdy Zem, Mine, which questions intimate and fraternal bonds. The actress Maïwenn starring in the film will be present alongside the director.

At the end of this 31st edition, the family drama The Torrent realized by Anne Le Ny, The director and the main actor José Garcia will be present on November 12 in Sarlat.

See also in the official selection, The Passenger by Heloise Pelloquet, For France by Rachid Hami, Our Brothers by Rachid Bouchareb, and The worst by Romane Guéret and Lise Akoka. “There are a lot of films that start from a real or lived situation, there is also a lot of anger”, unveils Christelle Oscar, the artistic director of the Sarlat film festival.

21 films will be presented in the Around the World section, nine in the Young Views section, six in special screenings and two for young audiences. Nine short films will also be screened.

On the occasion of the Sarlat film festival, every year high school students in the cinema option have the chance to attend workshops allowing them to deepen their knowledge and their practices but above all to discover the variety of professions in cinema and audio-visual.

“There is an increase of 5 to 10% in these options, it reminds us that at this age, there are many young adults who want to tell themselves that there is a professional artistic future, c is a very good signal and the festival tries to respond to it as best as possible”, notes Rafael Maestro, co-responsible for the high school program. This year, the young people will produce a first work around the director Federico Fellini.

La Macarena creates its own television channel on the internet
Rupnik is not the Company
Schumann's Faust: a hidden treasure directed by Philippe Herreweghe at the Opéra Ballet de Flandres
Tweet
Share
Share
Pin