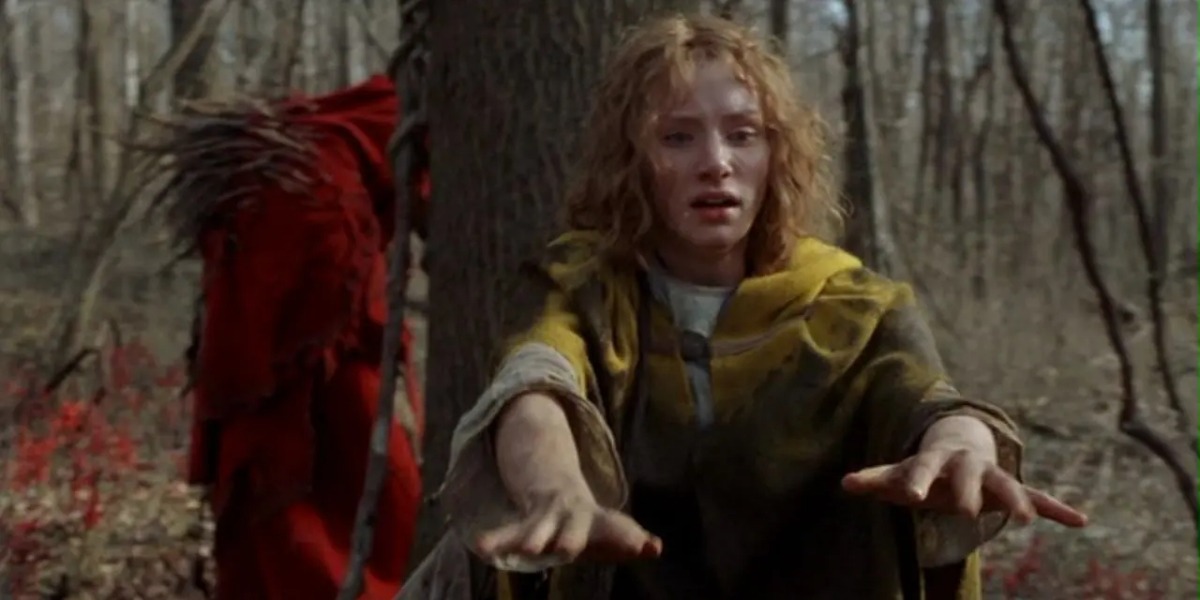 M. Night Shyamalan is the riskiest bet you can make at the cinema. If you roll the dice to choose which of his films to watch, 50% something sensational will happen, 50% a work that, in the hands of any other director, would have ended his career.

Instead Shyamalan, the victim of both exaggerated headlines at the time of his prime and excessive nastiness at his lowest points (laughter was brought back to the theater when his name appeared in the Devil trailer), of parodies and boundless admiration, has always gone its own way. Making a ranking of the best films of him is both very simple and complicated. Because the line between successful and unsuccessful titles is quite clear. It’s hard to find a simply mediocre film of his. Within the macro areas above and below the “red line” the fight is instead very heated. Many contend for the scepter of the ugliest and just as many for the most beautiful.

To unite them there is an internal, thematic and structural coherence of an author who enjoys each film to the fullest. A director who still has a taste for a well-told story. Commercial, yet very personal at the same time. One of the few who still has faith in the narrative structure, and in his ability to give emotions through his folds.

Waiting for Knocking at the doorlet’s look at his filmography starting from the one that least represents these qualities, his least successful film:

After Earth is just a very expensive family film. Will Smith tugs of war with Shyamalan for the film. He takes his son, puts him inside mixing everything with a New Age spirituality a lot per kilo. All functional to the real purpose of the operation: to entertain and look beautiful the Smith family. What makes it even more painful is that, in some small moment, Shyamalan rebels and takes over the direction. It angers him that he only wakes up for a few scenes, enough to hint that the film could have at least been a decent sci-fi adventure with some tension and some interesting world building. Nothing, worse than a bad movie there is a movie that could have been good and isn’t.

The blockbuster that changed everything. The one from which no one survives. A devastating flop on a highly anticipated film. It was a very tasty banquet for the critics. It triggered a game of hyperbole that today looks like a brutal group beating of a film that was frankly not very successful, but perhaps not even deserving of all that hatred. Because Shyamalan proves virtuosity behind the camera: fights with long shots, almost sequence shots, impossible movements and seeks an epic dimension. As in artistic gymnastics: the more difficult the exercise, the more conspicuous the failure. He only remembers one scene, the final one of the wave, which gives us a glimpse of a real film that tried slipping on the ground in a bad way.

The debut film in 1992 made on a shoestring, so that Shyamalan himself had to play the lead. Not much, really, but it introduces some themes often present but in the background in his stories. An American student returns to his homeland: India. Growing up by finding one’s origins, in a film that is that of an aspiring director just out of the academy. What he wants to do, however, is very modern: he explores the dissociation between cultures, he begins to explore the role of faith in the emotional fissures of his characters.

Daughter gives Shyamalan comic book Sandcastle. He is struck by it and decides to make a film out of it. He runs in a pandemic and changes the ending. A group of tourists gets stuck on a beach where time flies by. In the first moments the adaptation seems to hold up, but when the cartoons take an existential turn, the film looks for a tension that never really settles because of the absurdity of the situations. The impression is that it goes around in circles for the first and second acts, while the third is a very creative but artificial Shyamalan twist. Disappointing.

As an apocalyptic film it is terrible. As a comedy it is hilarious. And the Day Came is not a solid film by itself. The marketing idea of ​​telling it as a very violent splatter nightmare was the final blow. In reality there is an over the top irony from start to finish that makes it look like a set of satirical newspaper strips. The alleged rebellion of the earth to humanity is funny because the characters behave in an absurd way. Which would also be fine with us: whoever is idiotic enough to devastate the planet is also idiotic when they have to survive. The problem is that it was never understood how much it was his intention to make people laugh so much.

The sentimental film. Exaggerated, tears tears at any cost. But he does it and leaves a feeling of a feel good movie done and finished. A little boy goes in search of God because he demands an answer for his grandfather’s death. He will learn a lot from the people around him. With open eyes is his second film, but it is a prologue for everything to come. It has the same use of colors inside, the dilemma between a dreamy spirit and harsh reality, the search for meaning in the natural elements and destiny. To be seen only for completeness.

8) Lady in the Water

Lady in the Water is the backbone of every Shyamalan film. A dark fairy tale in which each character has a specific function. It takes people who do things already written for the spell to work and the Narf (a water creature) to be saved. What they are asked Shyamalan asks of every group of characters in his films. Very hated, he actually has many interesting ideas even if not all of them are successful.

The film of rebirth. The Visit is atypical found footage: it has the look without having the technical characteristics (it’s not all from the point of view of a camera). Stylistically it is the least personal film of his, but it served to revive his career as a director capable of handling simple material and making it exciting.

A head-to-head with Split, despite being very different and precisely because it is very different. The conclusion of a trilogy that no one expected is a (non) cinecomic full of ideas. It doesn’t care about anything: continuity, vertical construction of a universe, possible expansions. Here you take superheroes and throw in everything that hasn’t been done by the genre yet. A film against all logic, yet very lucid, exciting and truly stimulating.

Split is two things: a very complicated piece in a franchise. That is, an undeclared film disguised as another film that however acts as a spin-off of a trilogy that no one knew existed. Or a very classic prison thriller, very rigorous despite the supernatural hues. He does both very well and, more than what was asked of him, brings James McAvoy to the best of him and revealed to the world (after The Witch) the talent of Anya Taylor-Joy.

Signs it’s like his twist: he talks about so many very different things at the same time. In the present, in the past and in the future. The invasion of aliens is just a pretext to talk about the loss of faith. God’s abandonment is just a pretext to tell what happens when you leave a loved one. The death of the mother is the force that drives the family in the search for a sign. The sign is life itself. Life is an alien from a distant planet at the door.

3) The Sixth Sense – The sixth sense

Ask the most unsuspecting person what Bruce Willis is at the end of the Sixth Sense and he’ll answer you dead. Even if he hasn’t seen the movie. So let’s do this: let’s remove the twist. What’s left? A psychological and paranormal thriller that gives chills and tenderness at the same time. It even gets to move. A fundamental work for entertainment aimed at the general public. He manages to please everyone without trivializing himself. Thus one enters popular culture forever.

The Village has been dividing since 2004. Probably a less deceptive promotional campaign would have inflamed the spirits less when the film was released. It’s quick to say what it isn’t: it’s not a period historical film, not a horror film, not even a bildungsroman. It is a spectacular staging of the relationship between the external and internal world, of how the context that surrounds a person defines what is true and what is false. His most philosophical film.

When he came out unbreakable the movie was what it was. An author’s reading of cinema’s gradual approach to the world of superheroes. It didn’t feel like much more than a great movie. The incredible thing is that the more time passes, the more one realizes how much creative effort there is inside it. The cinecomics pass, one more innovative than the other, but unbreakable remains the best analysis of the impact of comics on our Western culture.

It’s about people who read the exploits of comic book characters and become convinced that they are like those heroes and villains… to the point of becoming so. With Split And Glass this trilogy talks about how the presence of the concept of superhero is enough to change man, and therefore how these impact on all-round culture, beyond the popular one. All of this put on film long before it happened in the real world.

M. Night Shyamalan: ranking his films from worst to best