A film that is the result of observation that tells a generation of adolescents moving between the spaces of fiction and reality. Winner of the GdA Director’s Award 2022

Why do they keep him in a cage?

To make it survive.

Teenager Ana (Ana Cabral) lives with her mother, grandmother and two brothers on an island in the Atlantic Ocean, where ancient religion, traditions and beliefs coexist with the new generation. It’s summer and Ana spends her evenings with her best friend, Luis (Ruben Pimenta), dancing and chatting in a drag queen club. When one of her friends from Canada arrives, it’s time for Ana to make a change.

Undoubtedly Lobo and Cão is heir to a long tradition attentive to reality (The pointe courte, I travel to italy), in which elements belonging to popular culture are inserted into the story. Varejão is no stranger to this world, having behind her two documentaries that presented similar situations (a community of Japanese fisherwomen and an existential investigation into the affinities that bind beings of different natures). Processions, spiritual retreats, parties are essential in this film not so much to create a contrast with the young protagonists, on the contrary: the past of the island has been able to adapt to the expressions of a fluid, fluorescent and rainbow present, where one’s identity is lived in the full awareness of the right to be free. Free to show yourself for what you are through a dressing ritual that brings the image to the fore, deploying a small army that looks into the camera and challenges any opponent. It is a freedom that also passes from within, from a tension all reflected in family conflicts, equally silent, which light up in a glance or a gesture of the body curled up on the bed and find a fleeting quiet after a night spent in bed. ‘love. 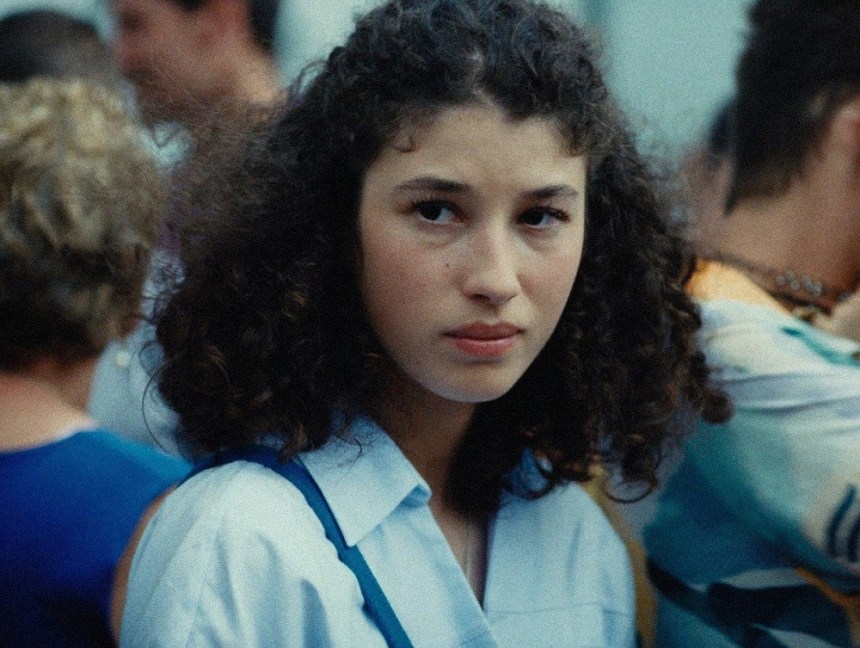 The island, due to its conformation, is a space-limit that tries to keep people clinging to itself without hiding the possibilities that lie ahead. Varejão cannot fail to take into account these anthropological aspects, of how the geography of the place conditions the lives of those who live there. In his gaze, which often approaches that of a simple observer, there is just a thrust that brings together the parts of the story. There are no excesses or forcing in the script as well as in the staging, in which you can appreciate a photograph with full and enveloping colors, not at all saturated. Even the representation of adolescents is mediated only to a small extent: they are seen from the outside, we do not hear their thoughts.

Ana and Luis are in a moment in which the choices take shape and will have an impact on their future and on what they will be: they appear to us as floating, between the present and an undefined after; at school they wear masks, are they dogs or wolves? or maybe both? – it doesn’t matter which direction they take. Lobo and Cão it gives us back in a very sustained way this connection between human and animal nature that also echoes at the end with a work on sound, while on the screen we see the image of the protagonist in front of her new self.

Lobo and Cão. The review of the film