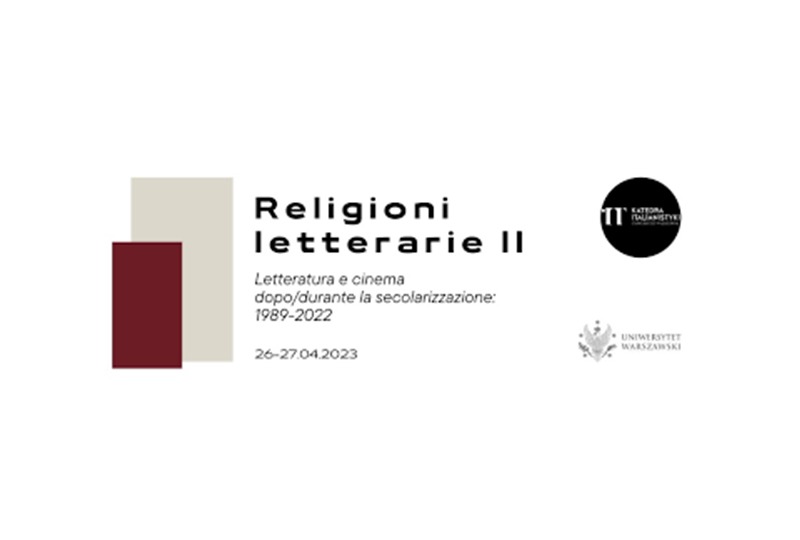 The Italian literary and cinematographic works of the last twenty or thirty years, very frequently, cannot be interpreted by resorting only to the vocabulary of materialism. In fact, they are populated by rebirths and initiations, faiths, spiritualities and mystics from the most diverse backgrounds to which they end up being assigned leading roles. Often, that is, faiths and spirituality are not used to “color” an environment or a character but occupy the center of the scene, they act as an engine for the narrative; they appear indifferent to hierarchies and distinctions highbrow, lowbrow And middlebrow.

This state of things may, perhaps, not arouse surprise and be understood alternatively as the effect, or as the way in which cultural production participates in one of the major changes that have occurred in the West over the last few decades: the reappearance of religion. Indeed, we could say that the century that opened with the Nietzschean announcement, with theEntzauberung Weberian and, more generally, with the idea that religion would soon disappear, against all odds it closes spiritual. «The fact is», wrote Gianni Vattimo, that with «the “end of modernity”» all the «philosophical reasons for being an atheist, or in any case for rejecting religion» seem to disappear (Believe to believe, 17-18). Whether or not you share these positions, whether you choose the desecularization by Peter Berger, the Secular Age of Charles Taylor, reading Jürgen Habermas, Colin Campbell or others, with Ulrich Beck we can say that it has «by now become almost trivial to argue that […] [in Occidente] we are in the presence of a new spiritual culture» (Ulrich Beck, The personal God33).

Recent literary and cinematographic production, as mentioned, seems to participate in these transformations in ways that should be discussed. However, despite the centrality of the “religious problem”, the Italianists have rarely given space to it. It is therefore precisely in response to this marginality, not commensurate with the contemporary weight of the problem, that on the initiative of Marco Zonch was born Literary religions. The first edition of the conference, held in 2018, aimed to present itself as a meeting place open to those involved in literature and religion, in a broad sense, with the aim of bringing out an overall picture of critical perspectives and authors. The dialogue that began there then fruitfully continued with the publication of a number of «Incontri. European journal of Italian studies», edited by Marco Zonch and titled Literary religions, an alternative way to the contemporary?, to which Michele Bordoni, Monica Jansen and Enzo Pace contributed. Then during a research seminar, organized by Clodagh Brook, Monica Jansen and Maria Bonaria Urban, held in 2022 in Rome at the Royal Netherlands Institute (Transnational Perspectives on Post-Secular Italy: Arts, Media and Religion) in which cinema and visual arts were also discussed.

In this second edition of Literary religions therefore, those who deal with the “religious problem” from the perspective of Italian Studies, but also from that of sociology and philosophy, are invited to participate. More generally, what is encouraged is interdisciplinarity, understood here, empirically, as a form of study that makes use of tools or results from sectors other than that of reference. Literary religions in short, it aims, once again, to present itself as a meeting place in which to discuss one of the elements that seem to characterize contemporary cultural production more deeply: the appearance of visions, worlds, symbols and ideas that cannot be described with the vocabulary of materialism.

Possible subject areas include (but are not limited to):

Paper proposals, consisting of a short abstract in Italian and English (no more than 350 words, including notes and bibliographic indications), a short CV and an indication of the section in which you intend to participate, must be sent in .doc format to the following e-mail address no later than 31-01-2023: religioni.letterarie@gmail.com. The decision will be communicated by 02/28/2023. Participants will be required to pay a participation fee of 50 Euros.

Jazz in Vienna, Monday July 4: Gregory Porter: the magic of a voice > Jazz In Lyon
Doña Ema, a lady with great spirituality and love for her garden; Story
Singular: wanting to say it all
Tweet
Share
Share
Pin