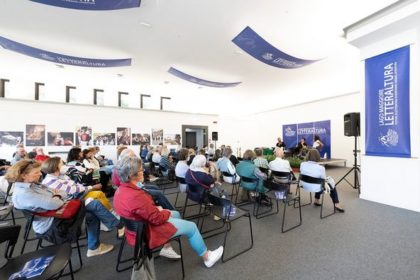 Here is the program of the last two days of the 2022 edition of Lake Maggiore Literature Festival dedicated to body running, walking, I thought.

Saturday 24th September at 10 o’clock Veronica Pacini traces his personal geography de The body of the female (Fandango), a coming-of-age novel that tells the life of the protagonist, Erica, from childhood to early adulthood through a particular filter, the relationship with her body. Also at 10 am the literary walk made in collaboration with Circle of Readers of Turin (participation fee € 10). The meeting point is at the railway station of Verbania to then arrive in Mergozzo and walk along the Sentiero Azzurro in the company of Don Paolo Squizzato And Daniela Falconi (narrator). At 11.15 am, Villa Giulia hosts the historian Paolo Cozzo neither On the way (Carocci): the author examines the pilgrimage, one of the most rooted and relevant phenomena in the history of Christianity.
At 2.30 pm Walking in the shoes of otherswith Wolfgang Amadeus Bruehart, Petra Mezzetti and Felice Di Lernia: the three-part meeting is inspired by the books of the diplomat Brülhart, Shoes diemand from that of the anthropologist Di Lernia, Yet the wind still blows. A rhapsodic anthropology (Bordeaux). At 3.45 pm second appointment in collaboration with the CAI: Silvia Metzeltin and Linda Cottino they meet the public in a dialogue that starts from their latest book published by the CAI Mountaineering is a whole world with which they guide the reader in the world of mountaineering.
The deputy editor-in-chief of Radio Radicale Roberto Spagnoli back to LetterAltura to present his latest volume Antiprohibitionist sermons, published by Officina di Hank: at 5 pm the author talks about it in Villa Giulia, tracing the centenary history of drugs and our relationship with prohibition. At 6.15 pm Fabrizio Gatt takes the stage to present Bilal. My journey as an infiltrator to Europe (La Nave di Teseo): the journalist of L’Espresso for four years pretended to be an illegal migrant and collected in this book (which will soon become a TV series for Sky) the drama of those who set out to conquer a better life .
At 9.15 pm the expected show (admission € 15) In our times … from Joel Dix at the Teatro Il Maggiore: with his versatility Gioele Dix gives a sort of lectio magistralis characterized by irony and humor, managing to reconcile the Old Testament and the ancient Greeks, Wislawa Szymborska and Giorgio Manganelli, Karl Valentin and the greats of American Jewish literature. The common thread, which is originally extremely personal, – a reflection on advanced age and aging – soon takes a turn of great historical breadth, not without moments of great fun. 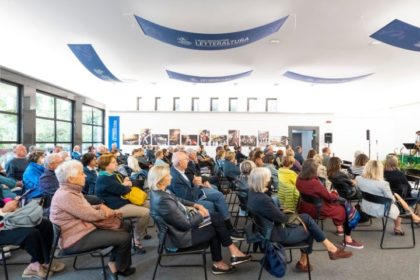 The last day of the Festival, Sunday 25 Septemberfrom 10 to 12 LetterAltura gets back on the road, in collaboration with theVCO Psychologists Associationon a circular route departing (and arriving) from Villa Giulia, touching Villa Taranto and Villa San Remigio, for a Freudian walk led by Francesco Marchioro, essayist, historian and expert in psychoanalysis; a starting point will also be his book The Freud Walk. Walk, remember, dream (Weger). At 11.15 at Villa Giulia in the meeting with the eloquent title “Mens sana in corpore sano. Body care in the Greek and Latin classics “. Cristina Dell’Acqua presents her A spa for the soul. How to take care of life with Greek and Latin classics (Mondadori).
At 2.30 pm meeting with Anna Flemingwriter and climber, who presents hers at the Festival On the rock. My mountain from wall to wall (Solferino): to the sports story of the successes, dangers, difficulties and accidents that are part of the experience of every climber, the author adds an all-female feeling that brings inside the revolution represented by women. At 3.45 pm Mario Casellajournalist and mountain guide, will present his most recent to the Festival audience Without shoes (Capelli), a biographical novel made up of loneliness and poverty, but which also documents an anomalous and exceptional life in Ticino in the late nineteenth and early twentieth centuries. At 5 pm the sociologist and anthropologist David Le Breton will be hosted with Life on foot. A practice of happiness (Raffaello Cortina publisher), a tribute to the walker and the benefits of the journey, against the fatigue of living in an increasingly technological world.
Also confirmed in the sixteenth edition of the Festival the collaboration with theOrder of Architects and Planners – Novara and VCO: at 6.15 pm Villa Giulia is the setting for a meeting with the architect Cino Zucchi, by title The Camping Shower Theory – In praise of just-out-of-time architecture: think about an architecture just-out-of-time it also means reflecting on the long duration, on the plasticity of existing environments, on the regeneration of cities, on reuse, on the life cycles of artifacts. Villa Giulia will also host a temporary exhibition featuring some of the most significant projects by the architect’s Milanese studio. At 9 pm the Lake Maggiore LetterAltura 2022 Festival closes, at the Foyer of the Teatro Il Maggiore, with one of the most anticipated guests, Enzo Bianchi: Christian monk, journalist and essayist, the founder of the monastic community of Bose will lead the public on a personal journey on the theme of the journey and spirituality. I walk to reach distant destinations, to travel here and there or to rediscover myself, in a journey that has no end.

L’Appendix of the Festival is scheduled at 21 of Wednesday 28 Septemberalso at Villa Giulia: the Italian-Tunisian cartoonist Takona Ben Mohamed will start from Under the veil (Becco Giallo) to ironically tell her everyday life as a girl who has freely chosen to wear the veil in Italy, a story that speaks of prejudices, stereotypes, racism, growth and friendship.

LITERALTURE, THE PROGRAM OF THE LAST TWO DAYS