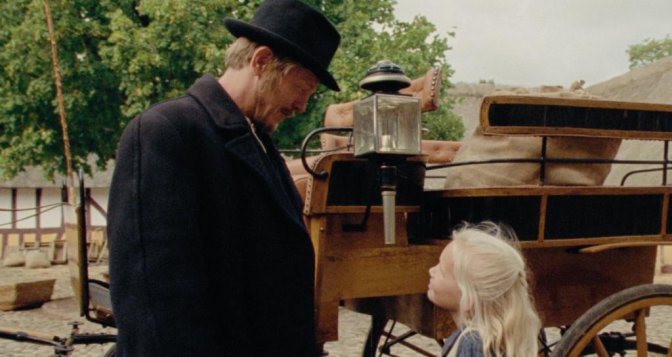 Summary : Danish countryside, late 19th century. Lise, the eldest of a Lutheran family, dreams of emancipation. But when her mother is about to give birth, the young girl sees her life change overnight.

Critical : For her first feature film, director Tea Lindeburg is inspired by In dodsnat, the book by Marie Bregendahl written more than a hundred years ago and which has become a classic of Danish literature. A coming-of-age story set in a time when turning to God was the only vehicle for hope and prophetic visions and dreams were taken seriously. It is placed from the point of view of Lise, a young girl who starts her day with the enthusiasm of future prospects and sees all her dreams crumble in one night until she has to assume the role of mother that she does not did not choose.

In this era when rurality dominates, the green of the surrounding meadows blends harmoniously with the colored cladding of the farms, composing paintings of luminous serenity, accentuated by the softness of filming in 16mm. While the men are kept on the sidelines and intervene only to deploy their masculine authority, the women go about multiple household chores, while keeping an eye on rambunctious and cheerful children who enjoy the joys of unspoiled nature. . A universe of apparent happiness, symbolized by the presence of a butterfly clinging to curtains flying in the wind, whose central pivot is Lise, remarkably interpreted by the novice actress Flora Ofelia Hoffman Lindahl. The eldest of the siblings, Lise willingly assumes her role as big sister, but does not forget to live her youth to the full. Engrossed in winning a boy’s heart, she relegates to the back of her mind this strange vision of an impending horrific event. And then, she gets ready to leave to study in the city. A privilege still rare at the time that his mother fiercely supports. His father, if he is not opposed to it, does not approve of this questioning of traditions. Yet it is her mother who, by clinging irremediably to her convictions from another time, will ruin her destiny. Indeed, although she has so many children that it is difficult to identify them all, Anna (Ida Caecilie Rasmussen) is pregnant again. This time, the delivery does not look good but having had a vision a few days earlier showing that if the doctor arrives, she will die, Anna refuses the help of the practitioner.
Between oneirism and spirituality, the story then adopts a darker tone. The main character blends in with the other participants, thus making it possible to measure the full extent of the talent of the young Flora Ofelia Hofmann Lindahl, as comfortable in interiority as in the joy of living. 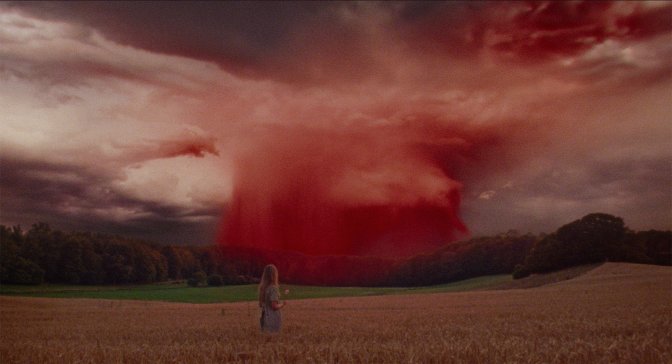 Birth is surrounded by an unmentionable secret where religious beliefs and precepts direct the behavior of women torn between immovable habits and fear of progress. Nothing is really shown. Everything is suggested from the point of view of the children who hide behind the doors in an attempt to understand what is happening. In an atmosphere of confusion with a subtle crescendo, the staging is charged with mystery to create a tension likely to announce the worst.
Through this nocturnal journey imbued with poetry and humanity, the director flies over a multitude of themes such as femininity, faith, the loss of innocence and the acceptance of one’s destiny. We can only recommend that you accompany him on this original and courageous expedition.