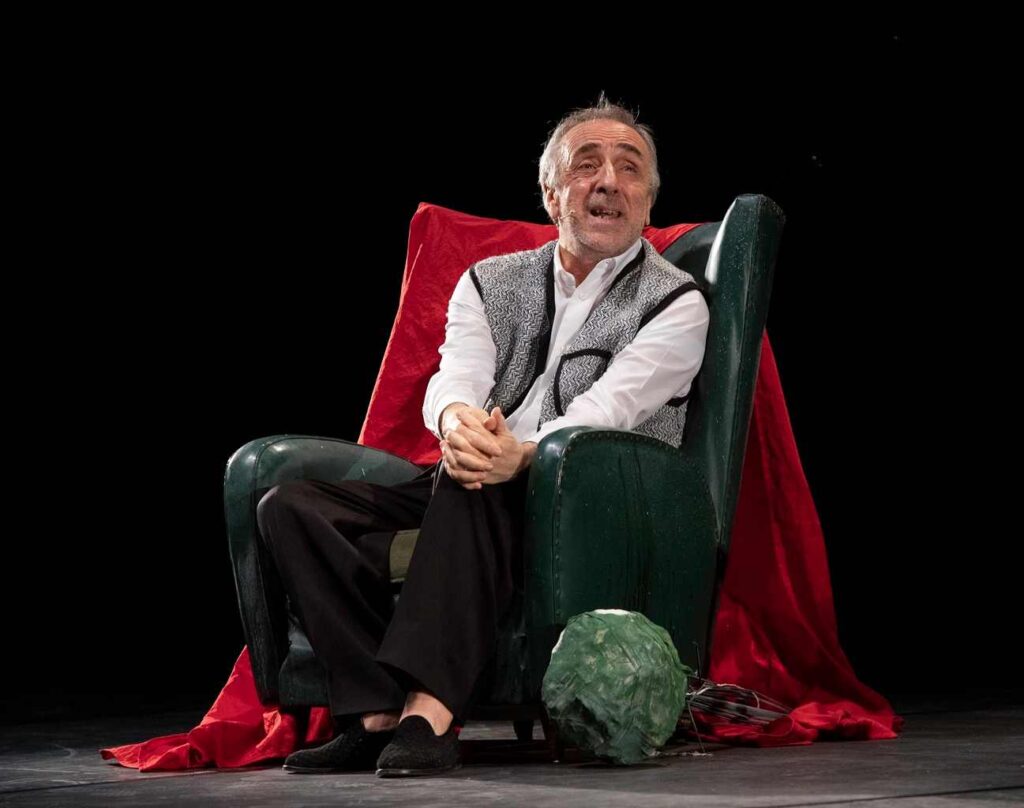 LAWN – For the first time on the stage of the Politeama Pratese in a great acting performance, which will see him alone with the Terra Madre orchestra ensemble in a multi-ethnic contamination of different musical genres.

Silvio Orlando needs no introduction, one of the most beloved faces of Italian cinema and theater, in 2022 David di Donatello with Ariaferma and one of the interpreters of Virzì Siccità’s latest film. Life in front of himself, the show that will see him as protagonist and director on Saturday 12 November (at 9 pm) with a repeat on Sunday 13 (at 4 pm), is one of the most anticipated titles of the new season of Politeama, recently winner of the “Le Maschere del Teatro Italiano 2022 ”as the best monologue.

The one staged by Silvio Orlando will be the adaptation of the novel of the same name by Romain Gary: almost fifty years after its publication (under the pseudonym of Emile Ajar), Life in front of itself is also revealed in the theatrical transposition of a text. intense, moving and current that speaks of inclusion and coexistence of different cultures, of the fragility of being a child stretched out between the need for love and the pain of loss.

Everything revolves around the eyes of Momò, a ten-year-old Arab boy who lives in the multi-ethnic neighborhood of Belleville in the pension of Madame Rosa, an elderly former Jewish prostitute who now makes ends meet by taking care of the “accidents at work” of her younger colleagues. Silvio Orlando leads us into the pages of the book with the lightness and irony of Momò becoming, naturally, that child in his drama.

The theatrical transposition of Romain Gary’s novel takes up the relationship with literature that is one of the strands of the new programming of the Teatro Politeama Pratese: Life in front of itself is an authentic masterpiece where emotion and fun chase each other behind the astonished gaze of a bright and lively child, without reference points in post-World War II Paris.

Gary’s work, where the story of a childhood on the margins and marked by pain is central, entered the actor’s strings in 2017, during the reading of some passages at the Torino Spirituality festival.

Then the stage adaptation to make it a show that is shooting in the most important Italian theaters and will also arrive in Prato (production Cardellino srl, translation by Giovanni Bagliolo, edition of Biblioteca Neri Pozza, musical direction Simone Campa with the Terra Madre orchestra ensemble ).

The work also had several adaptations for the cinema, winning an Oscar for best foreign film in 1978 with Simone Signoret in the role of the protagonist while in 2021 it was Sophia Loren who received the seventh David di Donatello as best actress in the new version of the film. by Edoardo Ponti. In the notes of the production we read: “Telling the story of Momò and Madame Rosa in their desperate embrace against everything and everyone is necessary and useful. The last words of Gary’s novel should be a slogan and a compass in these years where compassion risks becoming a luxury for the few: we must love ”.

The cost of the ticket is 30-25 euros for the stalls (sector A and B), 20 in the gallery; reductions for under 25 spectators (15 euros), 10 percent discount for Unicoop Firenze members. Online presales on Ticketone, in Boxoffice points of sale or directly at the theater box office, open from Tuesday to Saturday from 10.30 to 12.30 and from 16 to 19. Information: www.politeamapratese.it.

“Life ahead” with Silvio Orlando on stage at the Politeama – Reportpistoia