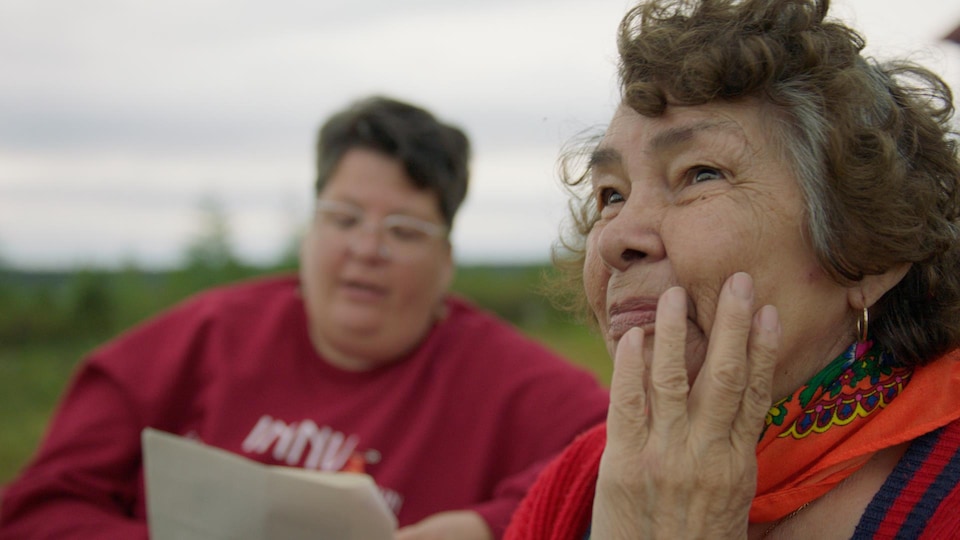 Broadcast on Saturdays from November 19 at 9 p.m., the four episodes directed by Abenaki filmmaker Kim O’Bomsawin give a voice above all to the first peoples of Quebec. Men and women, young or less young, tell us what they are through their languages, their spirituality or the special links they continue to maintain with their ancestral territory.

The objective of the series is to offer a very intimate foray into our communities, it is that it represents a celebration of our cultures and of a certain rebirthexplained this week Kim O’Bomsawin during a round table at which Indigenous spaces was invited.

The director pointed out that, although the episodes address painful and dark times for indigenous nations such as forced displacement or the period of residential schools, the fresco-like series also emphasizes the strength of resilience.

We don’t wear rose-colored glasses, but the series focuses more on what we are reclaimingdid she say. We celebrate our resistance which demonstrates that our voices deserve to be heard.

Testimonials dot the episodes in a constant exchange.

The filmmaker, however, regretted that indigenous peoples are often reduced through dramas or social problems. This is why she chose to offer an approach rather luminousfar from miserabilism mixing on the contrary richness of the stories and legends multimillenniums.

When I go to any community, I meet welcoming people who invite us to eat, share and tell stories.

These voices are many and varied. From the Abenakis to the Naskapis, via the Atikamekw, the Crees (Eeyou), the Wendat, the Innu, the Mi’kmaq, the Anishinabe, the Mohawks (Kanien’kehà:ka), the Inuit and finally the Malecites (Wolastoqiy) , all the nations of Quebec are represented here.

” There are not so many people in Quebec who know that there are 11 Aboriginal languages ​​and as many first peoples, and even fewer who are able to name them. The series is also an opportunity to create bridges between peoples. »

Kim O’Bomsawin indicated that she and her team have spared no effort to meet the populations, and this, in the four corners of Quebec, but also in Ontario, New Brunswick and Maine. . A shooting on the ground which took place between September 2020 and May 2022.

We traveled more than 25,000 kilometers and met more than thirty communities and villagesshe said. I think that’s a pretty candid portrait of who we are as first people.

The production team used different means of travel to meet the communities, whether by car, plane, seaplane, helicopter, train, snowmobile, canoe or even bicycle.

The chapters of the series let us tell – produced by Francine Allaire for Terre Innue – are divided into four themes: territory, identity, spirituality and reparation. The first two episodes, which we were able to watch exclusively, are rich in encounters and exchanges, all narrated by Marie-Andrée Gill, an Innu poet from Mashteuiatsh.

Our communities are, in my opinion, at a fairly advanced stage of healingsaid Kim O’Bomsawin. Many are forward-looking, happy to be a member of a First Nation. We have artists, today, present in all fields.

The production, originally initiated by Réginald Vollant who died in 2018, indeed enjoys a slew of speakers, known and less known, from all walks of life and from different generations. Their experiences thus shared on camera are like windows opening onto a vision of the world and a personal story anchored in the pride of being Aboriginal.

We should mention the participation of Maliseet tenor Jeremy Dutcher, but also that of Atikamekw artist Eruoma Awashish, former Grand Chief of the Grand Council of the Crees Matthew Mukash, Innu astrophysicist Laurie Rousseau-Nepton and Mi’kmaw rapper Quentin Condo.

He believes that the documentary series is an opportunity for young Aboriginal people to finally express themselves in a positive way. The First Nations want to take their place and they see that from now on, there are many possibilities that are opening upnoted the rapper.

” Viewers will listen to our real stories, the things we do every day to protect our natural environment, and I’m glad to see that people are willing to hear us. »

Quentin Condo believes that a series like let us tell is a way of setting the record straight with regard to education and the place of the First Peoples in school programs. He mentioned as an example the vitality of speeches and initiatives that can be found on online platforms like TikTok and others.

The documentary series opens with the theme song Nika uitenan which means “We will tell you about it”.

The rapper recalled that the first peoples of the country have as such a lot to share with others, in particular on the preservation of nature and respect for elders. It invites people, Aboriginal or not, to meet the communities of Quebec.

It is the elders who pass on their ancestral knowledge to us. You have to sit down with them over a meal or tea and listen to them. They are at the heart of our culture.

In addition to its broadcast on the small screen, it should be noted that the production let us tell unfolds on different platforms, ranging from podcasts on Radio-Canada OHdio to websites. An exhibition, an immersive dome film presented at the Rio Tinto Alcan Planetarium in Montreal and the publication of educational guides are also on the program.

Let us tell, a leap into the authenticity of the 11 Aboriginal nations of Quebec