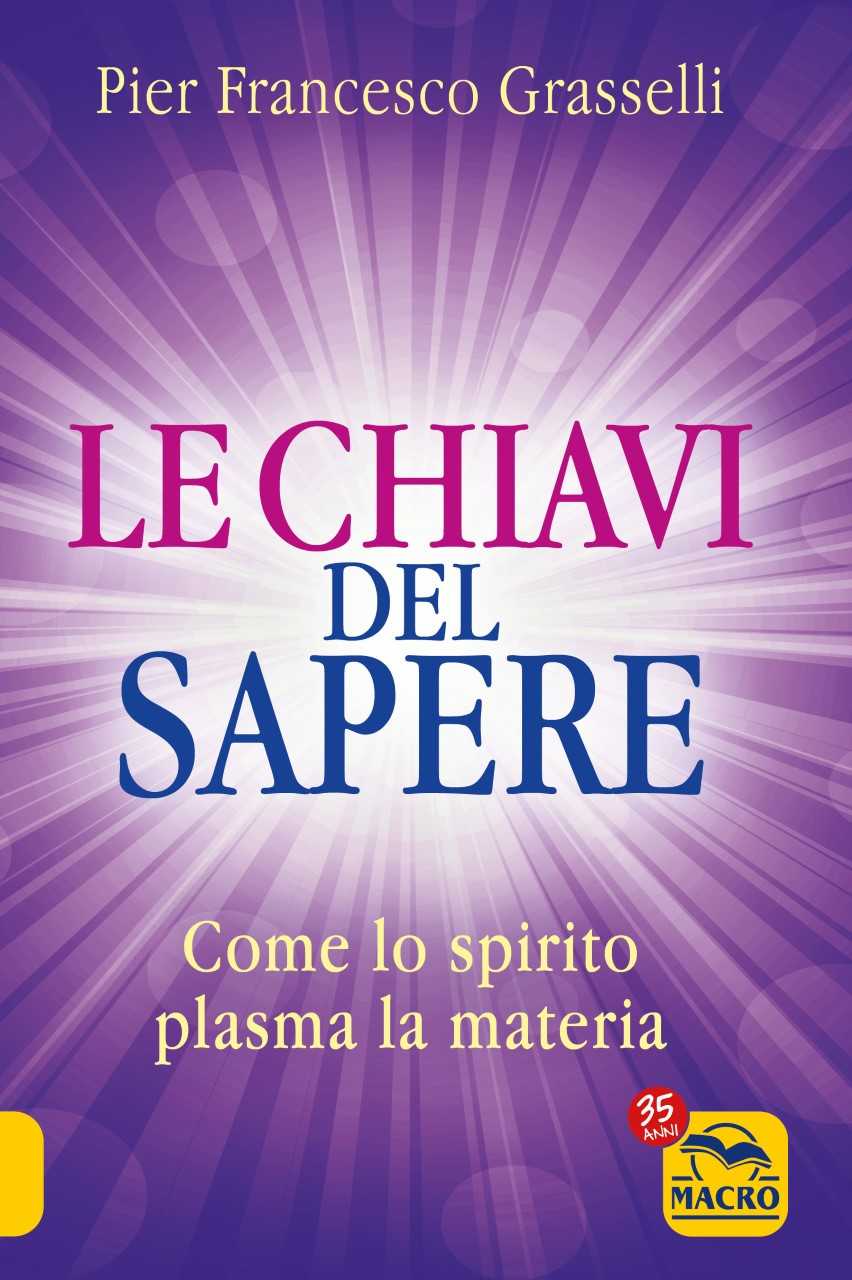 How does spirit affect matter?

Leonardo da Vinci the vegetarian … and the secret of eternal youth.

at the FUIS Theater – Italian Unitary Federation of Writers

The Keys to Knowledge. How Spirit Influences Matter (Macro)

On Tuesday 22 November, at 6.30 pm, in the evocative location of the FUIS Theater (Lungotevere dei Mellini, 33, Rome) with the sets by Massimiliano Kornmüller, Pier Francesco Grasselli presents Le Chiavi del Sapere. How the spirit influences matter (Macro Group) and Leonardo cuoco (Om Editions). The event is in collaboration with the ASEQ Publishing Bookstore and the Italian Federation of Writers. Introduced by Prof. Natale Rossi, president of Fuis, Guglielmo Giovanelli Marconi and Massimiliano Kornmüller.

The Keys to Knowledge. How the spirit affects matter

The answer is yes.

It is the principle of the Respondence of matter to spirit and we can formulate it as follows:
The spirit influences matter with a force that is inversely proportional to the density of the matter itself.

This principle, inherent in the density of matter and its reaction times to stimuli emanating from the spirit, is the keystone for a profound understanding of the relationship between physics and metaphysics.

Discovered and analyzed by the author in all its facets, it will revolutionize our global understanding of reality, of the dynamics that govern the generation and maintenance of forms in this universe. 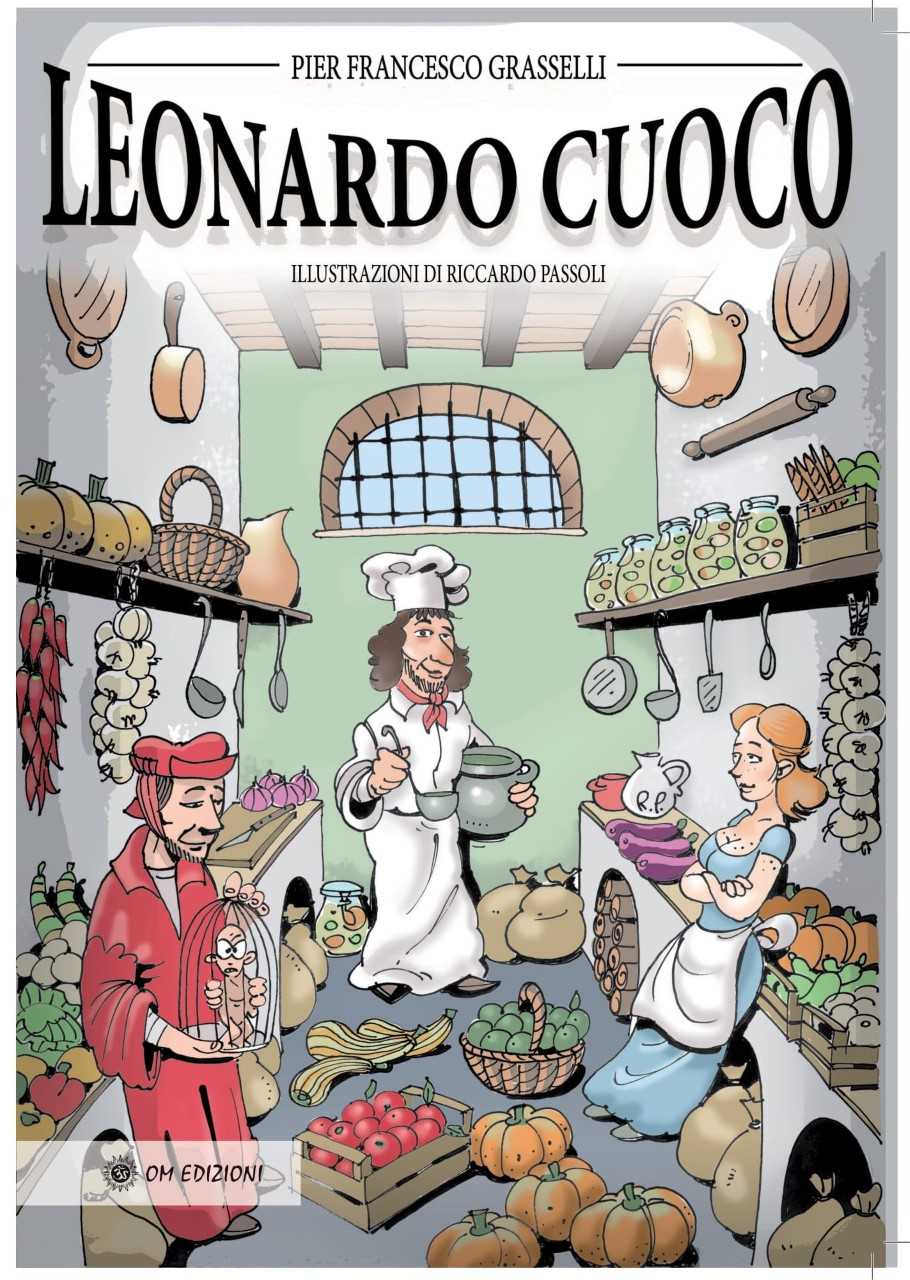 “The principle of the Respondence of matter to spirit has important implications in the understanding of the mechanisms that regulate the formation and maintenance of the physical body, in its aesthetics and physiology, as well as experience in a broad sense, the events that occur in what , a little wrongly and a little rightly, it is called the “external world”. In fact, physics has its roots in metaphysics. So far many mechanisms have not been understood and this for the simple fact that science excludes from its sphere that spiritual part of reality that escapes the experiment as it is abstract and qualitative and which nevertheless represents the metaphysical foundation of that part of reality that we can see and touch. “

“If the physical world is perceived as something independent of the subject, it is only because of the inertia and apparent static nature of its forms, characteristics that it has assumed as a consequence of the high degree of density of the matter of which it is constituted.”

“If the material world derives from the spiritual world (psychic and archetypal) like ice derives from water (since matter is a crystallization of the spirit), the material forms of the body of the human being (physiology and physiognomy) and of the world that surrounds it can only correspond to our spiritual being (archetypal and psychic) ​​and to our “inner world”. “

“The spirit constantly alters matter, but matter opposes to the spirit a force which is directly proportional to its density and which manifests itself as inertia, as dullness, as the slowness of matter in following the spirit.”

The Keys of Knowledge is also a synthesis of the metaphysics of various cultures and the teachings of many spiritual masters, an illuminating treatise that sheds light on many still unsolved enigmas of esotericism. Written in a simple and witty way, the volume is enriched by the ironic illustrations by Riccardo Passoli.

Among the praises and criticisms of the television series on Leonardo, in the spring of 2021, among the restrictions due to the pandemic, was released, for the types of the Om Editions, “Leonardo cook”, a philosophical and initiatory novel, illustrated in a lighthearted and amusing way by Piacenza Riccardo Passoli, starring a young Leonardo da Vinci intent on opening a vegetarian tavern first in Florence and then in Milan, under the aegis of Ludovico il Moro.

In the novel, together with this unpublished and hilarious version of Leonardo, vegetarian and animal rights activist for the occasion, as well as “initiated into the mysteries”, various illustrious characters appear such as Pico della Mirandola, Marsilio Ficino, Lorenzo the Magnificent, Savonarola, Ludovico il Moro and even Paracelsus, Cornelio Agrippa and Ramon Llull (by virtue of a spell). In a series of Leonardo’s conversations with these interlocutors, topics such as vegetarianism, raw food, psychosomatic medicine, physiognomy, magic, alchemy and… the secret of eternal youth are addressed!

Writer, poet, essayist and scholar of esotericism, Pier Francesco Grasselli is the author of the scandalous “cursed” trilogy composed of the novels “The last Cuba Libre” (Mursia, 2006), “To hell we go in a Porsche” (Mursia , 2007) and “Living to die” (Mursia 2010), of the novels “I downloaded Miss Italy” (Mursia, 2008), “Fanculo amore” (Mursia 2009), “I Maschilisti” (Mursia 2022), “Trumpet Daria” and “The new adventures of Sinbad the sailor” (Independently published, 2019, 2020), of the collections of poems “Always better than working – Women, solitudes and cocktails (Poesie 1998-2018)” (Thedotcompany Editore, 2018) and “Poesie of love to a bitch “(Edizioni Il Foglio, 2022), of the illustrated work, in five volumes,” The search for oneself “and of the collection of esoteric stories” A writer in hell … and other adventures by Raimondo Spallanzani “(Independently published, 2019), of the illustrated novels” Don Giovanni all’ferno “and” The new adventures of Don Giovanni “(Porto Seguro Editore , 2021), of the initiatory novel “Leonardo cuoco” (Editions OM, 2021), of the fantastic novel “La muse” (Pendragon Editions 2021) and of the essay “The Keys of Knowledge. How the spirit shapes matter ”(Macro Group, 2022). Referred to by critics as “Bad novels” (Panorama) and “Portrait of a generation” (Libero), the first works by Pier Francesco Grasselli stood out for the originality of the narrative style and the harshness of the events they tell.

Prince Guglielmo Giovanelli Marconi, director and professor of Humanities at the MEIER People’s University, graduated in 1995 in Economics and Commerce from La Sapienza University. He was the author of the TV program “The cenacle of the streets of Tradition”, has collaborated with history magazines (such as Le vie della Tradizione and Hera) and since 2019 and is President of the Lazio section of the Italian Institute of Castles.

Lawyer, essayist and painter, Massimiliano Kornmüller published in 1984, under the pseudonym Titiro Boemo, the volume of playful rhymes “Leporeambi, Crepuscolaria et Arcadicherie”, which earned him an article by Gianpaolo Dossena in the Tuttolibri column of “La Stampa”. In 1985 he began his collaboration as editor of the culture and literature magazine “L’Opera al Rosso” of the Marietti Publishing House in Genoa. In 1987 an anthology of Marco Gavio Apicio’s “De Re Coquinaria” was published for the types of Giuseppe Graziano (Turin) edited and translated by him. In 1993, edited and translated by him, the first modern edition of the Ancient Roman Calendar by Dionisius Petavius ​​was published, published by Semar Editore in Rome. In 1994 he was director of the Parthenai series of the Ligea Publishing House in Turin: in this capacity he edited the first modern edition of the following works of the sixteenth and seventeenth centuries: “The twenty humors, or brains of women”, “The tremendous and arcistupende tests of the great giant Sgarmigliato ”and“ The lament of the poor people who are rented ”by Giulio Cesare Croce; “The Bizzarie Academiche” by Gian Francesco Loredano. He also translates and edits for the same series: “The Commendation of Smoke and Dust by Marco Cornelio Frontone”; The love epigrams by Paolo Silenziario; The “Testamentum Porcelli” by Anonymous. In 2005 he published “Minimi. Minor Latin poets ”, edited and translated by him, which earned him a review in the magazine the Index of the books of the month. In 2006, at the Publishing House Irradiations in Rome, he published “Etrusca Disciplina, theoretical and practical manual of Etruscan divination”, reviewed in several esoteric magazines including Il Magus di Viareggio edited by Pier Luca Pierini, and La Cittadella di Roma. Followed by “Magica Incantamenta, theoretical-practical manual of Roman magic” and “Initiation to Etruscan divination” (Edizioni Mediterranee), “The Oracle of Alexander the Great, the divination method of the Astrampsic magician” (Hermes) and “Scherzi in rima” ( Bertoni).

The ASEQ bookshop, in via dei Sediari 10, near Piazza Navona, specializes in esotericism, oriental philosophies, magic, history of religions, yoga, Freemasonry, ancient civilizations and much more. Its complete catalog includes more than 30,000 titles, many of which are rare and in unique copies. ASEQ is also a publishing house of books ranging from history to the Near and Far East, from spirituality to mysticism, with hundreds of titles already published in nineteen series and an always updated catalog.

FUIS, the Italian Writers’ Federation, is the trade organization of Italian writers that represents them, protects their interests and acts to safeguard copyright.

‘Leonardo cook of a vegetarian tavern’, in the new book by Grasselli | 24 Emilia