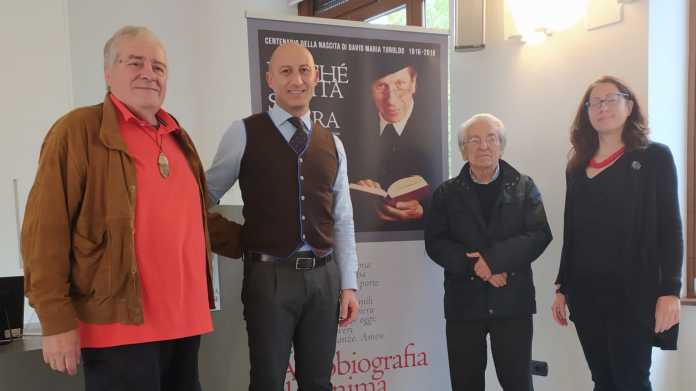 An exhibition, meetings and an evening at the cinema to celebrate Father David Maria Turoldo

The poet priest, authoritative voice and honorary citizen of Lecco who now pays homage to his “courage to hope”

LECCO – In February 1992 one of the figures to which many Lecco people are deeply attached and who more than others, with their example, left an important mark in the civil sphere, in the world of culture and spirituality, was extinguished: it is a question of Father David Maria Turoldopriest of the ‘last’, theologian and poet of high sensitivity but also the face of anti-fascism and a symbol of the renewal of post-war Catholicism.

Thirty years after his death, Lecco celebrates the religious (honorary citizen since 1990) and his “courage to hope” in a review of initiatives that will kick off this weekend, “The Turoldian Autumn” as it was defined and desired by the organizing committee, formed by Mariuccia Buttironi, Pierfranco Mastalli, Elza Ferrario, Ezio Lanfranconi.

The program, which includes an exhibition and in-depth meetings on the priest, was presented in the morning at Palazzo delle Paure:

“Turoldo has represented for many Lecco people, and not only, an authoritative voice for consciences: his figure of immense stature has been able to interpret peace, prayer and civil commitment – underlines the mayor Mauro Gattinoni – A heartfelt thanks to the Turoldo Lecco Committee for this rich program of events, which pay homage to man and his work through a series of moments of deepening, meditation and reflection ”.

The story of Father Turoldo

On November 22 he was born in Coderno, in the province of Udine, Giuseppe (“Bepi il rosso” for his companions), the youngest of the nine children of Giambattista Turoldo and Anna di Lenarda.
At eighteen he entered the convent of the Servants of Santa Maria in Monte Berico as a novice; in 1935 he made his first religious profession taking the name of David Maria.

Completed philosophical and theological studies he was ordained a priest in Vicenza in 1940. In 1941 he was sent to Milan to the convent of S. Carlo.

Here he participated in the Resistance and founded with other friends “L’Uomo”, a clandestine newspaper, where he also publishes his first poems, then published in the collection Io non ho mani. In 1945 he graduated in philosophy with the thesis For an ontology of man, becoming assistant to Gustavo Bontadini in Urbino. After the Liberation he goes to the concentration camps to assist the few survivors and bring them back to Italy.

In Milan he founded, with Camillo De Piaz, the “Corsia dei Servi” cultural center, he became an official preacher in the Duomo (1943-1953) and was noted for his constant attention to the poorest. He collaborates with Don Carlo Gnocchi and then with Don Zeno Saltini in Nomadelfia. Due to his involvement in this experience and his socio-political stances, he was forced to leave Italy at the end of 1952. Thus begins his wanderings: Innsbruck, Geneva, Paris, Munich, London …

The period between 1959 and 1962 are years spent in England, United States, Canada, Mexico, South Africa, always looking for a live contact with the “last”.

Returned to Italy on the death of Pope John XXIII (1963) decides to settle in Sotto il Monte. The bishop of Bergamo, Clemente Gaddi, entrusted him with the abbey of S. Egidio in Fontanella, which soon became an important center of ecumenical studies. Father David in 1967 founded the magazine “Servitium” and gave life to the “House of Emmaus”. He continues the activity of writer with poems, collected in “O my senses… Poems 1948-1988 (1990), plays and essays “; the attention and taste for the liturgy are at the origin of the translation of the Psalms (1973) and of Works and Days of the Lord, in collaboration with G. Ravasi (1989).

In Turoldo a party choice is never interested nor of deployment, but a much more engaging commitment: “The choice to be on the side of the man who came down from Jerusalem to Jericho”, who happened to be in a society of thieves, loaded with wounds, stripped and left half dead on the side of the road “. In fact, the civil and ethical commitment of Friar Servita was remarkable, as evidenced by many interventions in the daily press and through radio and television networks, as well as numerous conferences that took him to every corner of the peninsula and beyond: his service was expressed not only in the passionate commitment to knowledge and implementation of the Council, but also in the constant critical reading of history, of injustices, abuses, oppressions of a political, institutional and economic nature that he denounced by making himself, in the name of freedom and justice, the voice of the least, the poor and the oppressed of the whole world.

Suffering from severe abdominal pain for some time, he was visited in Padua by Professor Ancona who he discovers a pancreatic tumor. Turoldo’s existence as a “patient” begins, but he is active until the end.

On 2 December 1990 he received the honorary citizenship of Lecco, where he had found hospitality at Don Angelo Casati, parish priest of S. Giovanni, and later at the PIME of Rancio. Two poems are from this period: Because no one greets and D’autunno, in Varenna. In 1991 the publisher Garzanti published Canti Ultimi and the following year Mie nights with Qohelet. On 21 November 1991 Turoldo received the Lazzati Prize; Cardinal Martini, handing it over to him, affirms that it is a certificate of gratitude and esteem, but also an act of reparation.

He died in Milan on the morning of February 6, 1992 and is buried in the small cemetery of Fontanella, a hamlet of Sotto il Monte Giovanni XXIII

– THE PROGRAM OF THE REVIEW –

• Presentation of the project for schools

Sunday 27th November – 16 hours
Lecco via S. Nicolò corner via Ongania
Presentation of the project: An olive tree in memory of David Maria Turoldo
Competition of ideas for artistic works dedicated to Turoldo

– 5 pm Lecco – Casa Don Guanella, via Amendola 57
Testimonies of those who frequented and loved Turoldo

For information and contacts: turoldo.2022.lecco@gmail.com 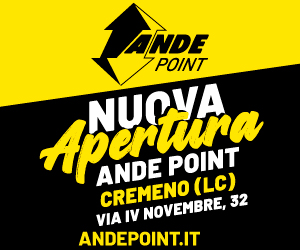