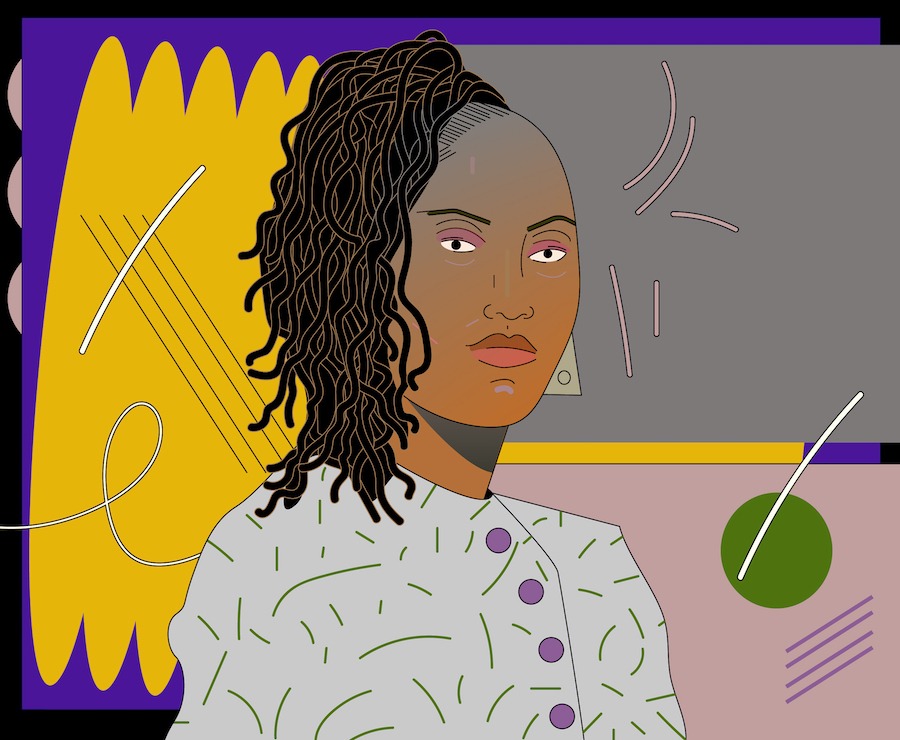 Entitle a project “Pursuance: the Coltranes”, it was daring! On the one hand because it is a reference to the third movement of the legendary saxophonist’s eternal monument “A Love Supreme”. On the other hand because this young musician includes in this title a tribute to Alice Coltrane, the wife of the latter, too often forgotten. If Lakecia Benjamin has “done the job”, as we say in the jargon of musicians, in the world of nu-soul and R’n’B, she returns to a form of essentials, for her, by taking over the Coltranian repertoire, giving it a second youth.

– Do you take advantage of this tour to consider new musical perspectives?

Our perspectives are part of the work we are developing around John and Alice Coltrane. I can’t really allow myself to reveal everything but what I can say is that there will be new guests, other pieces from the Coltrane repertoire, as well as personal compositions inspired, I hope, by the work that we have been developing for a year and a half on tour, around the latter. And even if we haven’t finished the cycle concerned, it can happen that in concert, we play an unreleased piece because, sometimes, we don’t really know what we are going to play in advance. In any case, with my musicians, we try to make my new compositions sound as if Coltrane was born in the nineties, with similar flavors and spirituality… the same promises somewhere, taking into consideration the way my generation thinks and feels. We live in a world of recycling and it’s a good way to bring people together to dig even deeper into the directions offered by Coltrane.

– How do you see your own way of playing the saxophone?

Exactly, I was going to talk about it! I’m from New York. I grew up in a neighborhood where most people were from the Dominican Republic, where salsa and merengue resounded, in which the alto saxophone is the number one instrument. When I was a kid, I used to hear these sounds all the time (She sings a brief syncopated phrase). At school, of course, there were lessons, artistic practices and the orchestra. Classes weren’t really for me! The arts, why not. But when I entered the orchestra hall, I saw everyone playing, dancing and smiling. I asked a teacher if I could try an alto saxophone and I had the feeling that somehow he was choosing me.

– How did a person of your generation manage to grasp the Coltranian repertoire?

It’s probably because I have an old soul. I’m still young on the outside, but inside I’m like an old person. One day, a friend of mine from school, originally from California, played me an Alice Coltrane record, Ptah, the El Daoud (Impulse!, 1970). The title “Turiya and Ramakrishna” really appealed to me.
I immediately borrowed his records from the local library and, reading the booklet of one of them, I noticed the mention “Thank you John Coltrane”. I didn’t know who it was. Maybe his brother?! So I typed his name on Google and there I started listening to all his albums in chronological order, starting from 1952. However, I always kept in mind that John and Alice could not go the one without the other. It was like an illumination.

In high school, the head of the music section, Bob Stewartwho played with Greg Osby, encouraged me in my research. Many contributors pushed me to say to myself “finish the merengue”. But I did not immediately immerse myself in Giant Steps. As I had started to listen to the first recordings of John with Miles Davis, it is on these that I started to work. I really started from the beginning, a bit like Max Payne (Detective of a series of video games, editor’s note), even from his work on the alto saxophone before he met Miles. Then I passed by BlueTrainuntil Interstellar Space. I realized that there were periods, like for Miles: each recording session is a period in itself.

– How did you integrate a universe, all in all so “male”?

The world itself is extremely male. Doctors, policemen, lawyers, politicians… are mainly men. As a woman, I have to take this into account to move forward, one step at a time. One after another, the doors finally open. With a different perspective, however: women are much more caring in their relationships, especially in the musical world. We have this ability to consider relationships as a whole, while men tend to separate their perspectives too much. We must consider our female/male relationships as if they were Ying and Yang.

– What about the political aspect of John Coltrane’s work? Of its possible echo in our news?

I propose a version of his theme “Alabama” [1] and it’s true that it could echo the mobilizations Black Lives Matter. We live in a globalized world now and, when I turn on the news, I see war in Ukraine, political assassinations in Brazil or China, racist crimes in the United States and elsewhere. I think this song is more relevant than ever.
She talks about what can actually be tragic in human history because people don’t think the same way, don’t look the same, don’t speak the same way or even feel the same things. And yet, viruses do not bother with such differences. What this song teaches us is to better feel that we are all the same. In the United States, in particular, if things are getting worse, it is more in the field of confrontations between social classes than in the field of racism. It is a country essentially based on the desire to possess, on money. This song is about four innocent women who just wanted to practice their beliefs and never came home alive. She has a cathartic side, especially since, four days after the attack, it was Kennedy’s turn to be assassinated.

– What do you expect from the musicians with whom you are developing the “Pursuance: the Coltranes” repertoire during this tour?

They eat a lot and love to drink good wines!
Above all, I expect them not to lock me in a box. With them, I hope to be able to adapt to the conditions of receptivity of the public which, one evening can be calm, then another evening particularly excited. Especially with European audiences, who seem to me to have a great ability to listen, you really have to be open-minded to meet their expectations. You really have to be careful to give the different audiences what they need, which means not giving the same show at each concert, nor the same message for that matter. Ivan Taylorthe bassist, I met him when we were very young and had the chance to play with Rashied Ali [2] EJ Strickland, the drummer, I had the opportunity to open for him when he was playing with the Twin Brothers. As for Victor Gouldthe pianist, I have known him for less time but I had spotted him in his work with Jazzmehia Horn. It’s very pleasant to feel the fact that we grow together from concert to concert.

– What about the mentorship of double bass player Reggie Workman, which you benefited from to develop your project on the Coltranian universes?

I met Reggie Workman [3] at a college audition. He was a member of the jury. It’s as if he turned on a light in me and made it grow. Long before thinking about the album project pursuance, I went to his place to listen to music, comment on it, read period documents, sheet music… and above all play. He revealed to me aspects of John Coltrane’s music that I didn’t know, in particular his way of playing it. I was also able to benefit from the mentorship of Rashied Ali, who continued to play with Reggie for a long time, in the same way. They didn’t just enlighten me musically speaking. They also gave me a way to survive in the music world, encouraging me to find my own way. It was the same for the teachings that I was able to receive from Gary Bartz or of Dee Dee Bridgewater, who enlightened me on what it is to be a woman in the musical world. Now, with this project, we have really become friends. I am lucky to benefit from their contributions before they leave us.