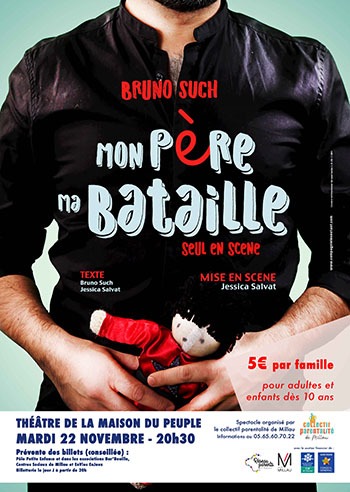 The Domaine de la Roujarie is located 3 km northwest of Saint-André de Vézines. Most of the hamlet is part of the commune of Saint-André, only the cistern roof, on the other side of the road is in the commune of Veyreau. La Roujarie (Ratgerie in 1565) takes its name from the red earth (clay) that is discovered in this place, earth which was to be used in the manufacture of pottery found in the surroundings. An ossuary was discovered near there.

Here is what Albert Carrière observed: “About 600 meters south of Roujarie and on the hillside, hunters discovered a small ossuary containing 6 corpses and which they hastened to devastate to discover “a treasure”. Mr. Bouloc, teacher in Saint-André came to show it to me in 1912. On the surface I collected some fragments of pottery which bore a brick red band 2 cm wide and date, it seems, from the Gallo-Roman period. . A second visit with Mr. Balsan was unsuccessful. » (Albert Carrière, Le Causse Noir, manuscript notebook of the Society of Letters, Sciences and Arts of Aveyron, 1934).

The estate does not seem to date back more than five hundred years because in a recognition of the lords of Montorsier (parish of Saint-Jean-des-Balmes) in 1316, there is no mention of this place. The hamlet was never very important, there were only two houses in 1803. At the time of its prosperity, Roujarie had 14 inhabitants (1804, Arch.departementales 12, 2V18) 11 inhabitants (1868, Dardé dictionary) .

In 1950, there were only three people left. Currently, the area hidden from the road by a border of cypresses consists of six buildings. These have served as the backdrop for many films. Among the most recent, let’s mention “The Bastard of God” shot in 1992. The film “Calmos” was also shot there in 1976 and one of the first French “zombie” films: “The Grapes of Death” in 1978.

Until the 19th century, Roujarie was an integral part of the commune of Veyreau, but in 1803, there was a new constituency of the parishes, the domain of Mourgues which belonged to Saint-André was exchanged with Veyreau against Roujarie.

Here is the little story: “The sieur Caussignac of the hamlet of Mourgues dependent on the branch of Saint-André, claims with those of his house, thirteen in number, his meeting at Veyreau, by virtue of the decree. This meeting is very essential to him both spiritually and temporally. The shepherds especially, the other servants being able to attend only sometimes and with difficulty the offices and instructions of the parish having an open house close to Veyreau and vast possessions on this territory than on that of Saint-André. The aforementioned family also requests this change for the reason that the aforementioned hamlet is distant from Saint-André by five big quarters of an hour, and closer to Veyreau by a little half an hour, recognized by the parish priest of the canton accompanied by his secretary who inspected it themselves. A member of the council said that the village of Roujarie being about an hour and a half from Veyreau, and not being distant from Saint-André more than half an hour, this meeting would suit Saint- André, this small village is made up of two houses. (Deliberation of the commune of Montméjean of the twelve vendémiaire year XIII).

Among the main workers of the lands of Roujarie let us quote: Pierre Causse originating in Pellalergues and Jeanne Saumade who are tenants and farmer of the field in 1780, Pierre Agrinier plowman of Roujerie (1791). In the 20th century, the main owner was M.Marcel Vernhet, there was also a Julien family (Joseph Julien, in 1927).

Next Saturday will be celebrated at La Cresse, the wedding of Vernhet Louis, from La Rougerie, with Miss Ladet Fernande, from Sonnac (L’Auvergnat de Paris, April 23, 1927)

It is worth mentioning some historical or original facts that occurred in this hamlet: in 1725, on January 12, we can read in the parish registers that: “Thereze Rouquette de la Roujarie, only 15 years old, is the wife of Louis Barre”. ” After the Revolution, an inhabitant of Roujarie who took it into his head to remove the “rièges” from a window and some tiles from the roof of the church of Saint-Jean-des-Balmes paid for this double sacrilege with his life and several misfortunes that fell on his house” (Albert Carrière, Notes sur Saint-Jean des Balmes).

In 1885 a cross was erected. It was moved to the village of Saint-André by Mr. Vernhet, the last operator of this estate, when he retired to the village and sold the farm. Located at the exit of the village towards Saint-Jean de Balmes, it has kept its original name: Croix de la Roujarie. In 1951, the estate was abandoned, and in 1966 thieves, taking advantage of the isolation of the place, made an incursion.

In 1973, a Belgian ecologist, fervently in love with our region, decided to put into practice a long-established project: to revive a neglected land through gentle cultivation techniques, that is to say, to make it give back what it can give without artificial aid and without violating it. He finds Roujarie and it’s love at first sight.

It was there that he decided to create a biodynamic universe. Alas, in the summer of 75 he died, before he could begin his work. Shortly after, on September 1, 1975, two couples took up the idea of ​​this ecologist, and with a herd of 15 goats, quickly increased by about fifteen kids, they lived with the sole desire to live differently. Having little money, a neighbor Yves Levacher d’Alayrac lent them for a time a dozen breeding horses… (Centre Presse, April 7, 1976).

They made goat cheese which they sold in restaurants, at the station buffet at Négron and at La Braconne. But that didn’t hold for material reasons, no water, they had to fetch it from the Saint-Martin fountain, no electricity, no telephone of course, they had to give up. La Roujarie then belonged to the family of Mr. De Vaugelas. Today, it is a question of restoring the whole. The first stage of this project will be to put the farm out of water.