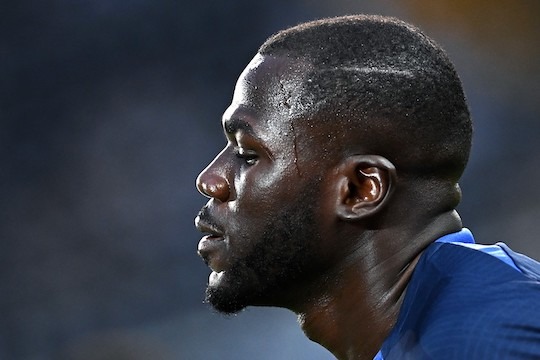 To The Players Tribune: «I’m proud to be French, but representing Senegal means respecting your history and your elders»

Kalidou Koulibaly, defender of Chelsea and the national team of Senegalpublished a contribution on The Players Tribune. The title is eloquent: “You too can be a fan of Senegal”. Kalidou promises from the first line: «When you finish this story I will make you a fan of Senegal» and adds «Even if Senegal is not your first team in this World Cup, we are happy to be your second. We will adopt you, no problem».

Kalidou starts from the story of the African Cup, from the extra time of the final against Egypt won on penalties.

“There was so much tension in the stadium in Cameroon that I had flashbacks to the age of 11. For me, as soon as the whistle blew and I knew we were going to penalties, it wasn’t 2022. It was 2002.”

It was he who took the first penalty (“As captain, I always want to take the weight off myself”).

Koulibaly recounts that in the immigrant neighborhoods of France, «there are two World Cups taking place at the same time. There’s the World Cup on TV, and then there’s the one played on the street with friends». The children play the matches that are scheduled on TV in the street, before they are actually played in the World Cup. And if you lose it becomes almost a bad omen, it’s as if you let the whole nation down. The same happened at the 2002 World Cup, when Turkey eliminated Senegal in the quarter-finals. A game that he and his friends played five behind the school, as if it were a preview of the real game.

“I remember we played this game with my friends before the quarterfinals and when we lost to the Turkish guys, you would have thought someone died. We argued among ourselves for making mistakes, we held back tears, we collapsed on the ground. In our world, a group of 11-year-olds in Saint-Dié-des-Vosges had failed the entire nation of Senegal. You might think she’s exaggerating, but no. The World Cup is something different.”

But afterwards, everyone was happy for the victorious opponent.

“But I always tell people that the amazing thing about my neighborhood was that after our tears dried, we were really happy for our friends. One of my best friends was called Gokhan, and his parents fed me just like my parents fed him. At his house I ate the kebap . In mine she ate the mafe de poulet . So once Senegal was eliminated, I put my whole heart behind Turkey. This is the beauty of children and of a World Cup».

Sometimes, he writes, “people ask me why I chose to play for Senegal instead of France». Everyone says that maybe, if he had chosen France, he could have become a world champion.

“Maybe, but I believe in fate. I always say that they are the fruit of two cultures: the French and the Senegalese. I am very proud to be French. But for me to represent Senegal was God’s plan».

Remember when coach Aliou Cissé called him to the national team in 2015, at the dawn of a new cycle.

«He took a risk with a 24-year-old who was still sitting on the bench for Napoli. He believed in me. So I had to believe in Senegal. When I called my parents to tell them my decision, it was the only time in my life that I have seen them enthusiastic about football.”

«Representing my country is not just about a football match. It’s about my blood, my history and my parents’ dreams.’

Koulibaly explains what it means for him to be Senegalese.

«For me, this is what it means to be Senegalese. You respect your history and your elders».

For this reason the African Cup final was not a game, but

«20 years of history. Generations of people dreamed of Senegal lifting a trophy, and it always ended in disappointment. There was immense pressure, yes. But I felt it was destiny. I knew it in the first five minutes of the match, after Sadio’s penalty had been saved.”

«Sadio is pure spirituality. His charisma is something special. When he looks at you, it seems like he can see inside you and understand how you are feeling. From a sporting point of view it is a star player , a champion. But above all he is a friend, a brother, in the truest sense of the word. I knew that when he stepped up to take the final penalty on penalties two hours later, he would score. Grown-ups don’t make mistakes twice.”

And so it was and Senegal became champion of Africa: the sweetest sensation in the world, one of the greatest of his life.

Koulibaly recounts the celebrations in Senegal, on his return, with a river of people in the street to welcome the team, while everyone sang and danced, waving the national flag. All united, rich and poor, people from all walks of life and politics.

“It was a moment of pure joy for millions of people. Yes, some people may say, it’s “just the African Cup of Nations”, but they don’t know anything. For me it is even more significant than winning a World Cup with France, Germany or Brazil. When your story is heartbreak, the emotion is very different.”

“As Aliou reminds us, every time we put on the Senegal shirt, we’re not just playing. We are ambassadors of a magnificent countrya country that many people don’t know enough about.”

«Brothers and sisters, as I promised you, there is a place for you at our table. If your team goes out, Senegal are happy to have you. That’s the best part of any good quarter, and that’s what we all love about the World Cup. We all have our flag, yes. But in every heart there is room for more than one».

Koulibaly: «Senegal bet on me when I was on the bench with Napoli» – ilNapolista