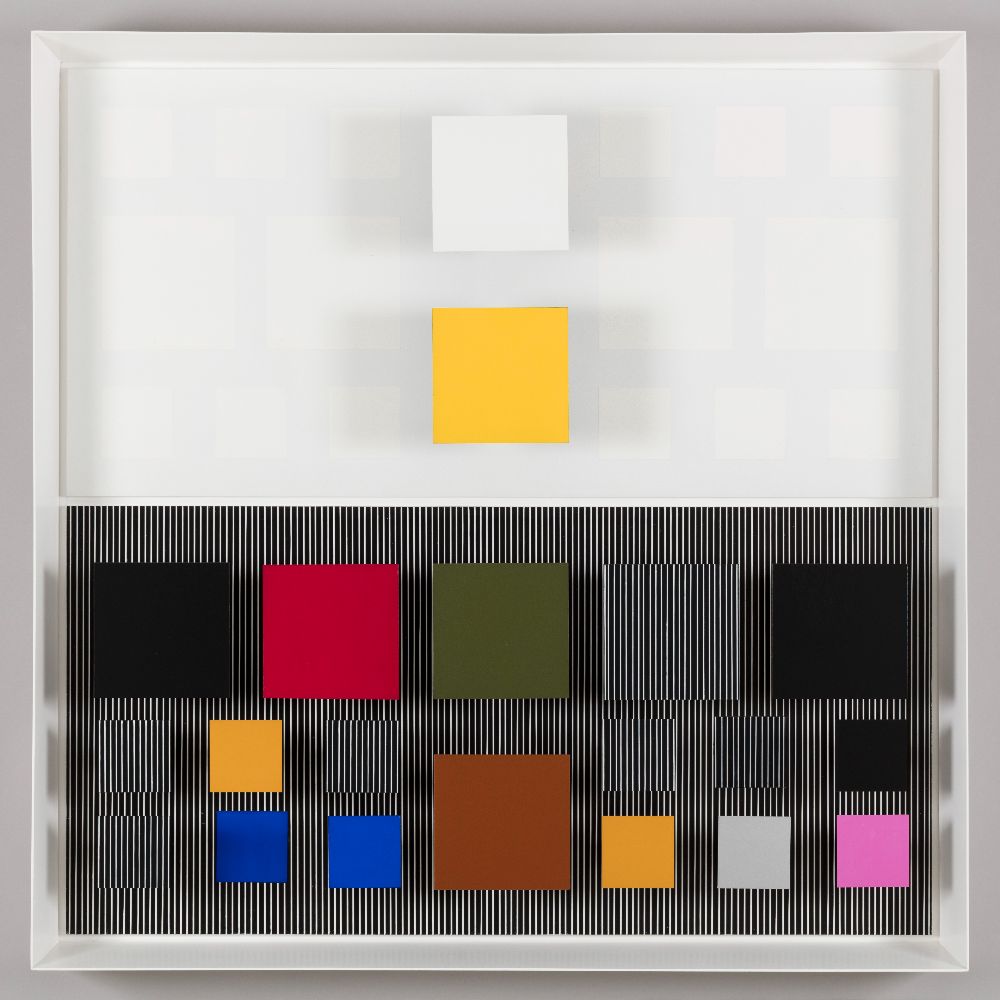 In praise of Robert Mapplethorpe’s shadow, which we can visit at the Elvira Gonzalez Gallery from Madrid until tomorrow, January 5, will be followed in this space, on the 18th, by a review of the kinetic production of the Venezuelan painter and sculptor Jesús Rafael Soto. His work was figurative in its beginnings, but quickly evolved towards postulates cubistsand later linked to geometric abstraction and Russian constructivism, to finally become an emblem of kinetic movement.

Trained at the School of Plastic and Applied Arts in Caracas, first Paul Cezanne and later MalevichMondrian (in his neoplasticism) and Moholy-Nagy (in his theories of light) were his referents until, starting in 1953, Soto carried out his first projects based on the search for dynamism and, some fifteen years later, his penetrable, pieces that he then composed from metal rods or nylon filaments that he suspended in space. He would not abandon them throughout his career: his purpose, with those works, was to turn the viewer into an active subject by granting him spaces in which he could penetrate, move and interact, thus appreciating the “matter-energy” of the pieces and allowing light and movement to be visualized, keys to these proposals. The non-passive presence of the public is, in fact, fundamental: we can go so far as to affirm that the movement of the visitors allows these works to exist fully.

Black and white stripes and grooved backgrounds, square shapes and iron wires predominate in his production, which seem to move when we walk in front of them: Soto understood that abstract art cannot definitively remain static and had to be measured in movement , in the duration and, ultimately, in the change. Materials constituted another of his research axes: he used Plexiglas in the beginning and later metal, used scrap metal and the aforementioned suspended iron or nylon threads.

after those penetrable the series would arrive virtual volumes (vertical works similar to large geometric figures suspended in the air), extensions (pieces of floor from which a chromatic mass seems to emerge that is sometimes opaque to us and other times very soft and subtle, like a halo) and progressions (works of aerial forms that start from both the floor and the ceiling to meet in kinetic sequences, hence their name, and which suggest interrupted tensions). And while he carried out these projects, he continued to produce paintings and architecture, equally studying the participatory potential of the latter: viewers can fully immerse themselves in them.

The Venezuelan would achieve international recognition in the sixties, a decade in which he managed to exhibit in numerous European cities and, although in the following years the kinetic movement would lose its validity, his work would spread more and more.

Elvira González’s exhibition will influence those experiences, both aesthetic and experiential, that allow her production in terms of perception of temporality and immersive intensity: Soto sought to evoke, over and over again, a fourth dimension through her very particularly of spaces and plastic forms, inheriting the legacy of spirituality of the avant-garde that he knew so well. He was convinced that artists, scientists and philosophers shared a mission and interests in their research, which is why he also reflected deeply on the social function of (contemporary) art and the possibilities of its reach, questioning the borders between the disciplines of painting and art. sculpture and delving into a path that would lead him to become one of the revolutionary creators who gave entity to the object as a piece of an artistic nature.

Hero of Euro '92, Lars Elstrup: anxiety, nudes, spirituality and the 'Company of the wild goose' | ...
Lands in Italy Paramount +, a new platform for lovers of movies and TV series
Could JRR Tolkien be canonized?
Tweet
Share
Share
Pin