We met Emily Atef for MORE THAN EVER, which she premiered at the last Lumière festival and which will be released in cinemas on November 16.

More than ever, it is obviously the last role of Gaspard Ulliel but it is also a very beautiful drama around a young woman suffering from an incurable disease and interpreted by Vicky Krieps.

It’s also a great film about fidelity, fidelity to one’s own life, to one’s most intimate choices, but also to a tremendous love with a man, played by Gaspard Ulliel.

Find the integrity of our chronicle of the film same here .

Warning, this interview covers some spoilers on the film!! 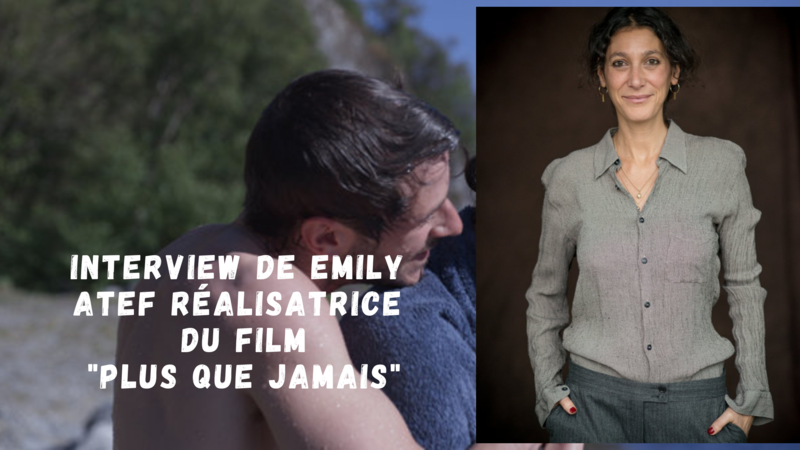 Baz’art : Your very beautiful new film deals with the end of life, a subject with which we are all struggling in life and which we do not really know how to manage. Do you think these are topics that we should teach classes about things that we have no idea in high school for example?

Emily Atef : Totally! It’s a good thing to put on my agenda now, for when I talk about the movie (laughs).

Indeed, it should be known that for the Buddhists, this is what all their teaching is. Not that I’m a Buddhist, I don’t believe in any artificial religion, but I’m a spiritual person.

They spend their days meditating on life and life. It would be a bit tedious for me to do this all day, but just a little bit would be fine.

This is what fascinates me, I want to say it in our Western society, but my father is from Iran, and there it is even worse. When someone dies in their family or circle of friends, they can’t even say the word.

I live in Berlin in an apartment overlooking a cemetery. I’ve always liked cemeteries, I find them beautiful, they’re very safe, very green and there’s always parking around (laughs).

The trajectory of your heroine is, against all expectations, very luminous. Was it a clear desire on your part to make a solar film on a slightly funereal subject?

Emily Atef: Yes. In our Western society, death is always described as something awful, dark, demonic. I didn’t feel like that.

For me, death is not something fatal and macabre.

Of course, I don’t dispute that for us, the living, losing a loved one is very sad, it’s heartbreaking. But for the person leaving, it shouldn’t be.

Unfortunately, in our society, death has a bad reputation. That’s a shame. It is good to know that we are going to die – it is even our only certainty! – we prefer to evacuate the subject.

So we should really talk about it as much as possible.

If I really have a desire with this film, as I told you earlier, it is that the spectators who will see it will, perhaps, the desire to discuss this subject with their loved ones.

The end of life must not be a taboo!!

How did you put this strong element of healing and nature and the mountains into your screenplay?

Emily Atef: It was extremely important right away, already when I had the idea for the film more than ten years ago because I think it was in 2010: a girl has a fatal illness and goes to Norway to let go taken, like a wolf leaving the pack to find a place to die in dignity and peace.

Nature is very important to me. You know, when I was 20, I met a Norwegian who had just gotten his motorcycle license and had bought an old motorcycle.

He was from Trondheim, and I lived in Paris. He told me he was going down on his bike. He asked me if I wanted to join him, because I love to travel.

And I was very naive, because I thought that was all we were going to do; but he had other ideas, which weren’t going to happen (laughs).

So it was sort of a horrible experience, but one that made me fall in love with this country.

You’re on the back of that bike for eight hours a day where you don’t have to look at that guy’s face, so you see the beautiful nature of the country, and he’s so raw.

But how do you manage to always film Norway in such beautiful light as you do in the film?

Emily Atef : It’s easy, you know, we shot in the middle of summer, so there was no darkness at all. What my cinematographer Yves Cape and I were trying to show in the film is that nature doesn’t give up.

In the scene where she’s almost on a suicide mission in the mountains, and he follows, we then have several shots of nature, from a fragile four-leaf clover to a river to the mountains.

Nature goes on, she doesn’t care about us, and that’s what makes us humble.

That’s what Hélène talks to Matthieu on the phone: in a way, I feel relaxed, I feel physically worse but I feel good in this nature.

MORE THAN EVER is also a film about the couple. Was your goal also to tell a love story?

Emily Atef : Yes of course. This dimension of the film is very important. There is no greater proof of love than to love by parting.

Mathieu, her lover who is played by Gaspard Ulliel, is for me the hero at the end of the film.

Because it allowed Hélène to experience this end of life as she really wanted. And even if it’s terrible for himself, he can look in the mirror and say, “I did what she wanted.”

He then realizes that he must leave her.

Without wanting to play too much on solicitation and sentimentalism, it’s hard to escape the fact that your film is also Gaspard Ulliel’s last film. Can you tell us a few words about this comedian who died tragically?

Emily Atef: You know, the memory of Gaspard is necessarily still very vivid, we cannot at all pretend that this tragedy did not exist.

Not even 18 months ago we were still filming, and especially when we were in Norway, during COVID-19, it was so difficult.

But it was kind of a magical shoot there. He was very serious about his work, but he would always lighten the mood during filming. Norway was very hard because a month before shooting everything was closed.

I was told that only the minimum number of people could come, and the Norwegian ministry decided who from my team could come.

They told us that only the director and the actors could come, and I said, “What? I need a cinematographer, I need a sound team. “So we managed to go there with a very small team but in total quarantine.

But it was a nice place, because we were still allowed out.

So we went walking and then swimming together, Gaspard, Vicky and myself and it was incredible.

Those are really my most intense memories of our work together.

But Emily, how do you succeed in emancipating yourself from this tragedy and not just talking about it to make people want to see your movie?

All I can tell you is that I was editing the film when I learned that Gaspard was dead, towards the end of the editing in fact.

It was horrible. My editor Sandie Bompar came to Berlin for three months, and we worked eight hours a day.

We watched scenes with Vicky and Gaspard over and over again. We knew every eyelid movement, every breath.

So when the news came, it was a huge shock.

And that’s still the case every time I see the movie.

I think that the spectators will see the film with a lot of emotion, especially because it is Gaspard’s last role, it is necessarily part of the film now whether we like it or not..

People, and in particular you, the media, just have to not only comment on that, and say to themselves that the presence of Gaspard for his last role is one of the elements of my film but that it is made up of many others. things again..

[INTERVIEW] Emily Atef for MORE THAN EVER – Baz’art: Films, books…