Paco Porras, who was one of the most striking television characters of the late nineties and early 2000s, visited the autonomous city last week. Although he did it to accompany his friends at the inauguration of the new venue on Paseo de las Palmeras, K-Baret, he has a special bond with Ceuta. It is not the first time he has come and the change he has given seems so “fascinating that I have no words to describe it”. He is a citizen of the world, and for our city he only has words of gratitude, “I have seen a capital and sensitivity open to all kinds of cultures where Hindus mix with Jews, Muslims, Christians; and a spirituality, grace from the people, a respect and affection that Ceuta does not deserve, having been given that pejorative touch for political reasons when it is one of the most beautiful cities in Spain”. Among his projects is A Nightmare in Paradise, a new adventure that he receives with great affection and for which he has recorded a video at the Hércules de Ceuta

• Question.- What brings you to Ceuta?

Answer.- I have come to inaugurate K-Baret, a place that I really liked because it reminded me of that time of the seventies and eighties, an adaptation that has taken those aggressive crimson red tones that exalt the grandeur of the stage itself. what do you have there

Q.- How was the opening of K-Baret?

R.- A prelude to what will be for much later. I would have liked to do more than just photos, I came with my books and merchandising, but there was no room for it. I found Nico and Cristina as if that dream had come true and has come true, and I have been part of that dream and it is a source of pride for me.

Q.- The media and the series always give an erroneous perspective of Ceuta

A.- I am a citizen of the world and here I have seen a capital and sensitivity open to all kinds of cultures where Hindus mix with the Hebrew, Muslims, Christians; and a spirituality, grace of the people, a respect and affection that Ceuta does not deserve that pejorative San Benito to which I have contributed with my entire career, because I have been on television for a long time, but for me the Autonomous City of Ceuta It has been very important, I remember my parents here with their dolls and puppets and coming here has been a passage to my childhood.

I have passionately relived that loving frenzy of the people, the clean streets, the asepsis that exists everywhere, the greatness of the town and the richness of cultures that converge in something magical. Ceuta is magical, it is the magic of culture, spirituality, sensuality, familiarity. 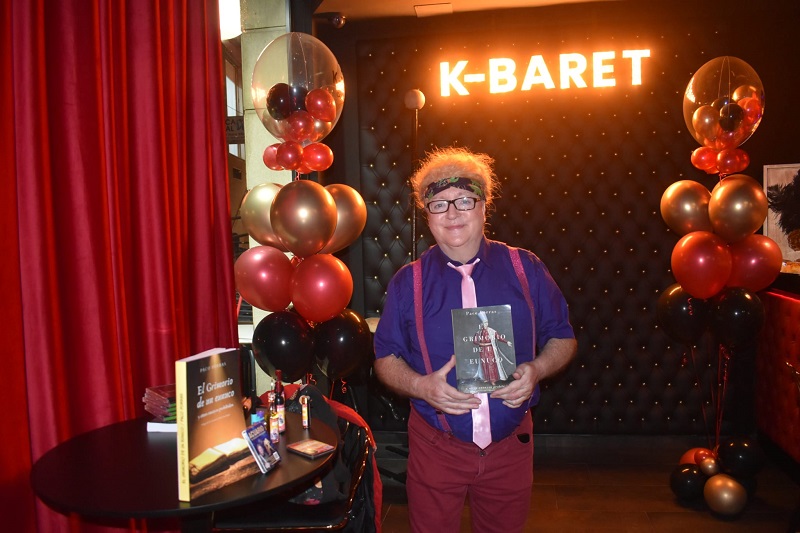 Q.- What short-term projects does Paco Porras have?

A.- Well, this Saturday, November 19, I inaugurated a radio station in Murcia, then I have many presentations in Madrid. The crisis affected me and led me to ruin, but I like the world of art and hospitality very much.

Q.- You started very young in the world of show business

R.- I was ten or eleven, with thirteen it was already consolidated. I went to everything with my parents, in fact Heidi was bought by my father from Japan. Later, Epi and Blas, Kermit the frog, the Muppets were also very important, then Pedro, etc. I have met the most important people in Spain, producers, teachers, educators…

Although I owe everything to the radio, I am a radio man, my first radio producer was Jesús Quintero, a death that I have mourned a lot because he is also the same thing that happened to me. He had a big heart attack, I got over it, but he didn’t. Encarna Sánchez was also very important to me.

I have also made movies, I studied philosophy and letters, but I gave it up. I also wanted to be a doctor and studied to be a priest. In short, I really like my country, I’m not a fascist, I’m a realist. And I like history, I like people and I like life. I like God, I like Ceuta and I like beautiful things.

Q.- There was a time when you did not appear on television

R.- I did not have a break, I had cancer. Which I am still trying. A year ago I had a heart attack, as I am a neuropath I told them to take me away, that if I didn’t die, and it did, it was a heart attack. The worst thing was cancer in the testicles, it’s one of the worst, that’s why my book is called The eunuch’s grimoire, it’s a play on words although I don’t talk about it, I wrote the book before.

«I have lived again with passion that loving frenzy of the people, the clean streets and the asepsis of Ceuta»