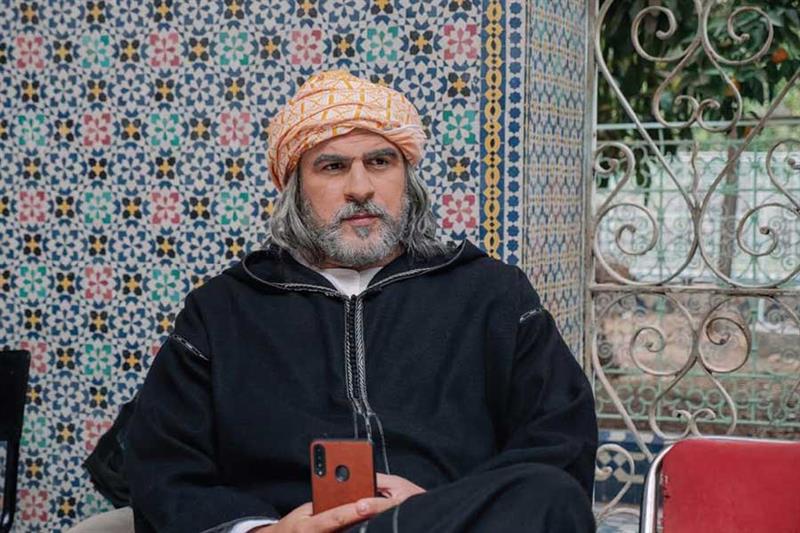 In Jalaleddine, it is still and always about tolerance.

HASI-HASHram Weekly : When we talk about films on Sufism in the Maghreb countries, we think of the achievements of the Tunisian Nacer Khémir, The Beacons of the Desert, Bab Aziz, The Lost Necklace of the Dove. However, in your film, the image of Sufism is completely different. What do you think ?

Hassan Benjelloun: It’s not a film about Sufism. It’s a movie about life. The zaouïa was a refuge for Jalaleddine who lost his wife and who also lost his son, because he married a girl who did not suit him (note: a prostitute who had already visited the father, in a house close, held by a certain Fadila).

So Jalaleddine left everything in search of love, truth and many other things. I am not dealing directly with Sufism as such, but with my own Sufism. That is to say: how to see things… All the definitions that I gave in the film are definitions to be discussed. What is love ? What is the truth? What is happiness ? What is family? These are very big and vague concepts. Everyone has their definition.

The poems recited by one of the main characters were a mixture and a rewriting of certain extracts from Sufi texts. The dance of the whirling dervishes is done to loud, rhythmic music. And this, to give a more contemporary and truer image of Sufism, therefore closer to the public. It is a simple and direct image.

— The title of the film jalaleddine still confusing, because many had thought that we were going to see a work on the history of the Sufi master and poet Jalaleddine Al-Rumi (1207-1273). Why this choice ?

“I wanted that title. I like to play on confusion, on contrast.

— Is this a somewhat idealistic message of tolerance?

— Héba, the dying wife of Jalaleddine, accepts at the beginning of the film that her husband finds joy again with another. She accepts that he makes love with any other woman, telling him that she will be happy to see him in good shape.

The main character of Jalaleddine does not object to his son marrying a prostitute he once knew. It’s very strong for him, but we have to let people live. We are not going to destroy them or condemn them forever for a mistake made. In the film, all the same, it’s not a mistake, but a whole life that has been turned upside down.

Jalaleddine gave up everything after the death of his wife and turned into a true Sufi master. He ended up accepting towards the end that his grandson become his disciple. He did not accept him as a member of his family, which he had already left long ago. He didn’t judge him. From the beginning, the grandson was in search of a spiritual life. He was going to go to India, but when he discovered his grandfather, he decided to follow in his footsteps. He too left everything to go in search of love and truth.

— In your films, like Where are you going Moshe?, For the Cause and others, tolerance is always emphasized. Are you idealistic somewhere?

– In Where are you going Moshe? (2007), I evoke the departure of the Jews from Morocco. For the Cause (2019) deals with the Palestinian cause and the issue of borders. Whether it is a social or political subject, tolerance must always be present in people’s minds. You have to know how to love, share and accept the Other as he is. You have to learn to live that way.

– What are your upcoming projects ?

—Jalaleddine will take its course. I am preparing a documentary on a Jewish musician from Morocco. The documentary is in post-production. It’s almost finished. And I’m writing a screenplay about an immigrant woman in Italy. The issue of illegal immigration always concerns me. We haven’t been able to find a solution yet. I treated it before in The Forgotten of History (2009). For me, the solution is to develop our countries, in order to keep our citizens.

Hassan Benjelloun: This is not a film about Sufism, but about life – Arts – Culture