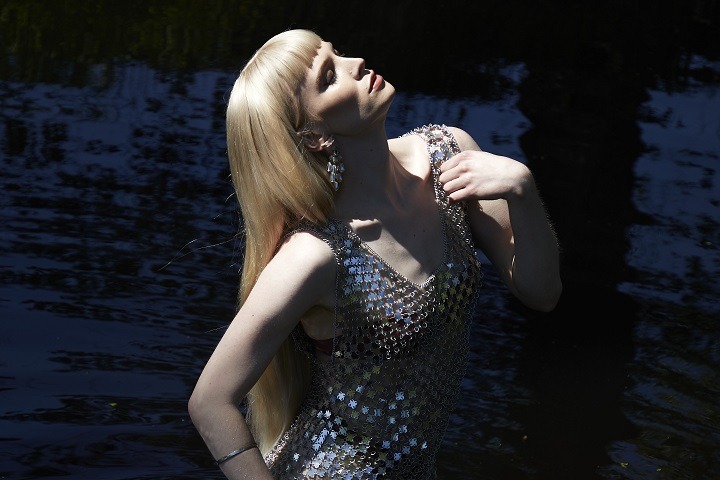 FOLIGNO (Perugia) – The preview of Dancity Winter 2022 kicks off on Saturday 5 November at 9 pm. Two concerts will be staged at the San Domenico auditorium in Foligno which will host two exceptional artists on stage from the caliboro of Hania Rani and Lyra Pramuk and , to follow, an aftershow. The event, in collaboration with the Umbria Factory Festival, offers a glimpse into the current musical landscape in which electronic music, classical music and ethereal voices coexist with a decidedly contemporary approach.

A cinematic, intimate, refined sound. Hania Rani’s music is born from the encounter of her crystalline voice and her elegant touch on the piano together with subtle electronic forays. Award-winning Polish pianist and composer, already from her debut album “Esja”, released in 2019 on Gondwana Records, she conquers audiences and critics, reaching millions of views on the web over time. Her productions are different, from the second album “Home” (2020) to “Music for Film and Theater” (2021) a personal selection of compositions for film, theater and other projects. Also in 2021 she signed her publishing rights with Wise Music Group, alongside names such as Dustin O’Halloran, Hildur Guðnadóttir and Ludovico Einaudi, and together with Dobrawa Czocher made the album “Inner Symphonies” for the prestigious Deutsche Grammophon. In 2022 she released “Live from Studio S2” and at the same time she signed the soundtrack for the film “Venice – Infinitely Avantgarde”. You have also composed music for the film “xAbo” directed by A.Potoczek and for the play “Nora” directed by Michał Zdunik. Her song “Eden” is on the soundtrack of Małgorzata Szumowska’s short film for Miu Miu’s “Women’s Tales”, while Hania and Dobrawa’s “Whale Song” was used in a Louis Vuitton commercial; other songs by Hania have been included in the Netflix series “Last Chance U: Basketball” and “Cheer”. She is currently touring Europe with her “Hello” tour, also touching Foligno on Saturday 5th November.

Lyra Pramuk blends classical vocalism, pop sensibility, contemporary performance practices and club culture in what can best be described as futurist folk music. Growing up singing in choirs, she struggled to conform to the images and expectations of her small Pennsylvania town, creating in response a deep and complex Internet-fueled inner world that foreshadows her view of digital worlds as extensions of our embodied consciousness, liberated from real world notions of presentation and acceptable knowledge. A diligent student at the Eastman School of Music, he learned that her skills lay in breaking and reinterpreting the academically pure classical music traditions that were expected of her. Her interests lie more in pop than opera, counting Björk, Laurie Anderson, Meredith Monk, Mia. and Missy Elliot as inspirations – all artists exemplifying her mantra that “songcraft is a way of short-circuiting structures that are sold to us as real differences in the world.” Finding common ecstasy in choir and rave temples, Lyra’s immersion in Berlin’s techno scene inspired works – including collaborations with Holly Herndon and Colin Self among others – that imbued the ritual experiences of the dancefloor with a sense of sound intimacy. A deep embrace of a spirituality, not bound by imposed orthodoxies, guides her compositional and performative processes. The body and spirit enter trance states during live performances, both fully embedded in the worlds she projects – worlds where every word can shine with flame and purpose, where sound is truly seen as an extension of our own. physical bodies and conscious desires. Composed and arranged entirely by the sound of her voice, “Fountain,” her debut on Bedroom Community, was hailed as “a powerful religious text in praise of the promise of human vocality” (The Quietus). Fountain integrates club intimacy, the emotional multitude of trans experiences, and the prohibitive possibilities of social and physical technologies into “an excavation of the resonant possibilities of her own body” (Pitchfork), envisioning a post-human queer future . Her “Delta” compilation showcases Fountain’s global interpretation of the psyche, through the reworking, recomposition and reconstruction of the source material, projecting it through the many lenses of her colleagues and collaborators. At the heart of all these works remains a profoundly spiritual aspect. Acceptance is, and always will be, an ongoing process for Lyra, but her body will remain a tool for positive change. For her, this is the essence of devotion: a continuous process of liberation through sense and sound.