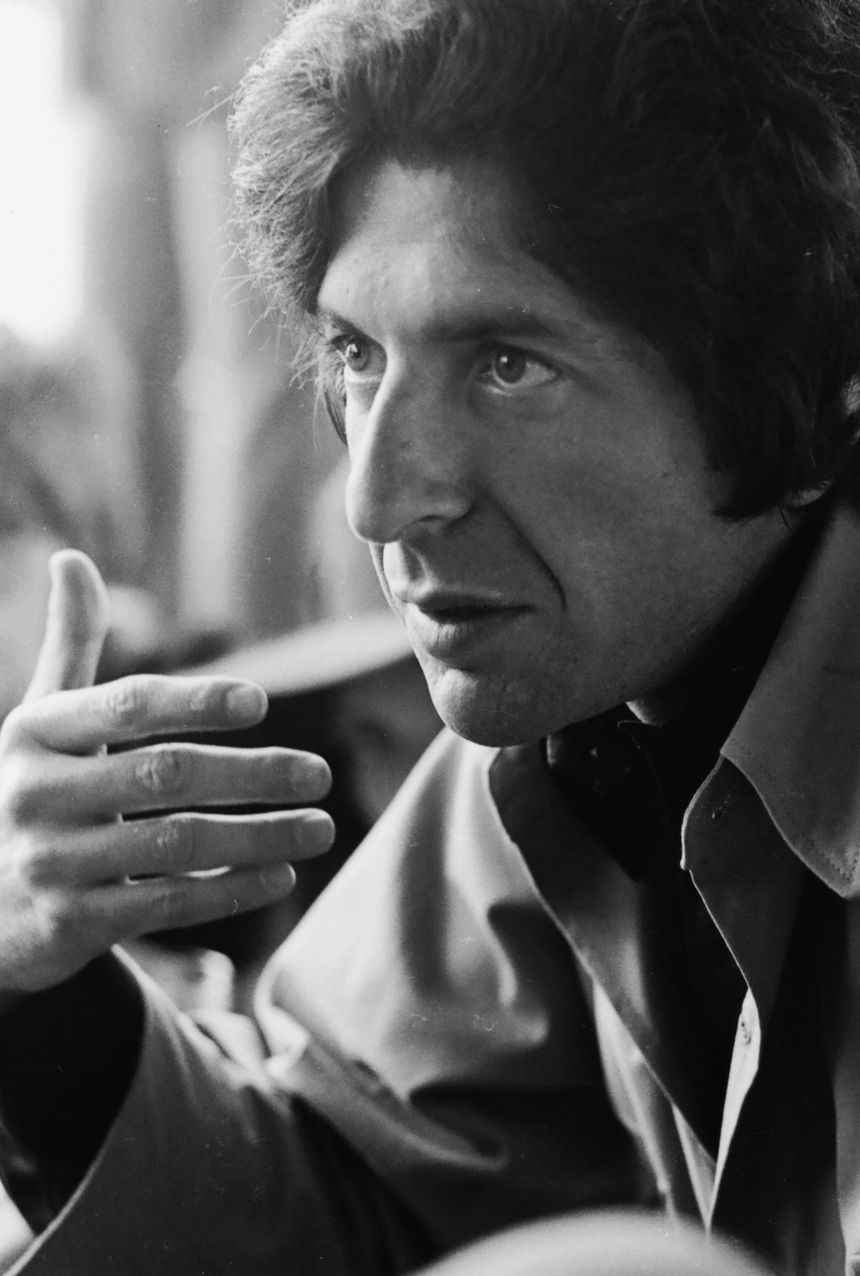 Leonard Cohen created one of the most legendary songs in history Hallelujah taken over by Bob Dylan, Jeff Buckley, Rufus Wainwright and so many others. In the late 60s, he signed with Columbia and became a legend. But his career took an unexpected turn.

” There is a religious Hallelujah, but there are many others. When you look at the world, there’s only one thing to say, and that’s Hallelujah. It’s like that. » Leonard Cohen

“From this legendary voice, surfing on waves of bass, he speaks without seeing them, from the darkness of the stage, to these serious and intense faces, turned towards him, thanking him constantly from concert to concert. another to have turned their lives upside down. He sings this prayer to stop war, all wars, this prayer to be loved, to stay there and to stay free, this prayer to merge and to be alone. He writes, he composes, he sings as one builds cathedrals from which he launches his sublime songs which spread in mysterious and initiatory echoes on his audience also touched by grace. Like the waves of a stone thrown into the water, Hallelujah endlessly multiplies until the crossroads of ecstasy and freedom. Hallelujah !!! – Dominique Issermanphotographer, One Voice, One Legend, was in Leonard’s life for many years and saw him write “Hallelujah.”

“In December 1967, when Leonard Cohen released their first album, Songs of Leonard Cohen, he is already 33 years old. An age that then no pop star even imagined reaching at the end of their career. He is Quebecer, thirty years old, Jewish, poet and writer, not exactly assets to make a place for himself in the nascent counter-culture. From the start, Leonard Cohen is an anomaly, and he will do everything to stay that way…

The pipes Suzanne, So Long Marianne but also Sisters of Mercy, Hey That’s No Way to Say Goodbye, Master Song, Stranger Songalmost all the tracks on this inaugural disc have become classics.

Whether Cohen isn’t rock, it’s not quite folk either, too dark, too idiosyncratic. But it is literary, poetic, metaphorical, metaphysical, simply meta, and talks about what really matters: Joan of Arc, the Vietnam War, the Bible, naked men before God, naked women before him, making the passage a reputation of unrepentant seducer, not quite beautiful but dark… “. Leonard Haddad, journalist

” Hallelujah : the words of Leonard Cohenaddresses the deepest questions about faith, belief, skepticism, and the spiritual and religious constructs that serve to both encourage and hold us back throughout our lives – what Leonard Cohen called, “the broken Hallelujah”…

At the beginning, Dan and me We were skeptical that the story of a single song could hold the length of a feature-length documentary. But we both remembered seeing Leonard Cohen to sing ” Hallelujah in Oakland, at the Paramount, during his last world tours. The way he got down on his knees and put everything he had into this performance was life changing…

It wasn’t just a song. It has such depth and ambiguity, and it covers incredible territory: personal, spiritual, carnal, biblical…”

“Another great challenge was to obtain the blessing of Leonard Cohenwhich we finally obtained very quickly through his manager Robert Kory. Leonard didn’t know about our work, but looked at it and was intrigued by our approach and aesthetic…. We have always considered the film as a weaving of three threads: Leonard Cohenthe man, and the only person in the universe who could have written ” Hallelujah » ; the song’s trajectory from record label rejection to stratospheric international success; and how different artists have come to achieve their own interpretations of the song. These three components were in our first proposal and have remained intact throughout the project. »

SONY MUSIC accompanies the release of the film with the edition of an unpublished best-of by Leonard Cohen on CD and vinyl (limited edition). Composed of 17 tracks, HALLELUJAH & SONGS FROM HIS ALBUMS, includes an unprecedented and unforgettable book performance of Hallelujah during the Glastonbury Festival in 2008. Released October 14, 2022

Hallelujah, the words of Léonard Cohen, theatrical release on October 19, 2022