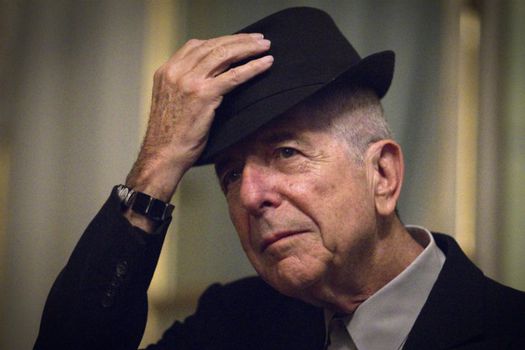 Leonard Cohen (1934-2016) became one of the most emblematic poets and singer-songwriters in the English language since the start of his career in the 1960s.

Can a single song light up the life of an artist? Two renowned American documentarians dare to challenge the figure of Canadian singer Leonard Cohen and “Hallelujah”, one of his best-known works.

(We recommend: “The rings of power”: a new era begins)

“Hallelujah, the words of Leonard Cohen” was presented this weekend at the Deauville festival (northern France), dedicated to American cinema.

Leonard Cohen (1934-2016) became one of the most emblematic poets and singer-songwriters in the English language since the start of his career in the 1960s.

(Also read: “Star Wars”: “The Princess and The Scoundrel”, the Han Solo and Leia book)

Author of classics such as “Suzanne” or “So long, Marianne”, a passionate lover of the poetry of the Spanish Federico García Lorca, Cohen was not as well known as stars like Bob Dylan, but his musical influence was considerable in the Anglo-Saxon world.

The duo Daniel Geller and Dayna Goldfine, winners of several Emmy awards, bet on studying their figure without falling into the usual biography, through a song whose lyrics are one of the most beautiful and enigmatic of Cohen’s long production.

(Also: Elizabeth Olsen, Scarlet Witch in Marvel, could reach “The house of the dragon”)

The project required eight years, and had the approval of the singer.

“It was important to us to have Leonard’s tacit blessing. Without that we would not have dared to make the film”, Daniel Geller explained to AFP.

The documentary is full of unpublished images, lent by the family of the author and composer. Among those treasures, a video that shows a young Leonard Cohen reading poetry, starring in his first interviews, or taking “selfies” with his Polaroid camera.

(Don’t stop reading: “Vertigo”: crudeness and reality from above)

But above all the personal notebooks of the poet and novelist stand out.

“We had to wait years to consult them,” explains Dayna Geller. “They are proof of what Leonard always said: that it took him years to write that song, across five notebooks,” she explains.

Initially his record company, Columbia, rejected “Hallelujah”. It was Bob Dylan himself who helped popularize it, and then John Cale (1991) and Jeff Buckley (1994).

(Also: “The Crown”: who will be Prince William and Kate Middleton… and other data)

In 1967, Cohen was singing “Suzanne” when he had a moment of panic. Collins calmed him down and convinced him to finish singing it.

From that long gestation of “Hallelujah”, the viewer also contemplates Cohen’s desire for spirituality, his restlessness, the depression he suffered in silence for years.

“Before starting the project, I thought that Leonard Cohen was a god. But after having spent eight years scrutinizing his life, it is clear that he was a man (…). A man who really questioned himself. Every day,” explains Goldfine.

(Also read: “Wakanda Forever”: Tenoch Huerta did not know how to swim before playing Namor)

“Hallelujah” is “a journey through life. That trip that we all do”, completes Geller.

“Hallelujah”: a documentary to understand the poetic dimension of Leonard Cohen