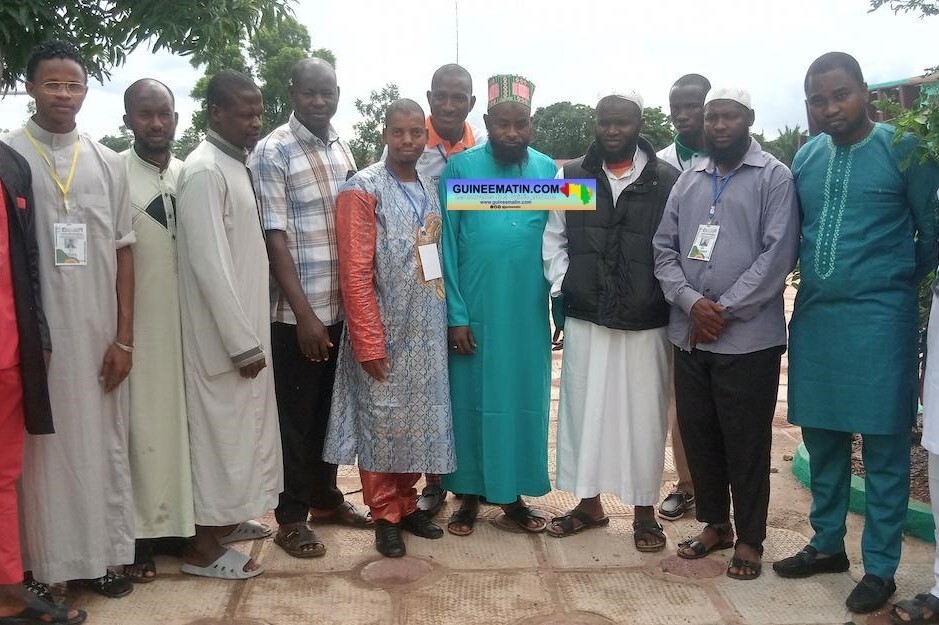 The event, which brought together more than 300 participants, had as its central theme “the values ​​of Islam in the service of development and prosperity”. The closing ceremony was chaired by Dr Mamadou Lamine Diallo, Director General of Waqf and Zakat, at the General Secretariat for Religious Affairs, in the presence of municipal, educational and administrative authorities, reports the special envoy of Guineematin.com in the prefecture.

More than 300 participants, including pupils, students, executives, 81 girls and women, all from 17 prefectures and the special zone of Conakry. For 10 days, participants were trained on several topics relating to good practice in the Muslim region.

“It is an immense joy to have met several young people from Conakry but also from the hinterland. Young brothers, elders, sages, local religious and administrative authorities to learn Islam, to discuss such important issues related to our society. It’s a feeling of joy, we pray to Allah to organize many CANAFI. It is a joy to have the 14th edition of CANAFI in the crossroads city. Because since 1999, Mamou had not hosted this national seminar. It has to be prepared on time, the registrations, but also have the support of people of good will, but also the State to support financially and materially. Parents to prepare to massively enroll their children. It is a meeting of knowledge and fraternity, ”suggested Elhadj Amadou Barry.

On behalf of the imams of the urban commune of N’Zérékoré, Imam Ibrahima Sacko, invited young people to work for the promotion of Islam. “We are here to say thank you to the initiators of this CANAFI. The struggle of Muslims is a peaceful struggle. The message I have to send to young Guineans in general is to stick to this great religion. Young people have played a leading role in the promotion of Islam in the name of the Prophet Mohammad (PSL). We ask young people to redouble their efforts so that Islam shines everywhere and in all circumstances. We ask the authorities to support these young people who have a perfect command of the Koran and science. They can be good leaders to certainly develop the country,” he said.

For his part, Houlaimatou Diallo, seminarian, invited the organizers to perpetuate this kind of meetings. “I am very happy to take part in this colorful seminar. You see that more than 17 prefectures took part in this Islamic meeting. We learned a lot of things. Things that will allow us to further spread Islam. We invite the organizers to perpetuate these activities. Because it is an opportunity for us young people to discover more about our religion,” she said.

For his part, Elhadj Mamadou Lamine Diallo of the General Secretariat for Religious Affairs praised the efforts of the organizers of this National Islamic Training Camp. “The main objective of the Association of Muslim Students and Students of Guinea is to prove that one can be a student at the same time as a good Muslim. This is one of the key ideas of the structure. On the other side is to say that Guinea is one and indivisible. There is no ethnic connotation in the association. The third thing is that at AEEMG, the community of destiny is a reality. In addition, we convey the spirit of excellence and tolerance. We were letting go of mediocrity,” he said.

It should be remembered that activities such as conferences on spirituality, militancy and the Muslim world, society and the environment, personal development, Guinean scholars, one example per region, the teachings of Islam for sound and equitable public management, courses, readings of the holy Koran, religious songs, sports competitions, the circle of the Koran and hadiths, were the daily life of the week. The 14th edition is scheduled for Mamou in 2024.
guineamorning

Guinea: end of the spiritual retreat of the AEEMG