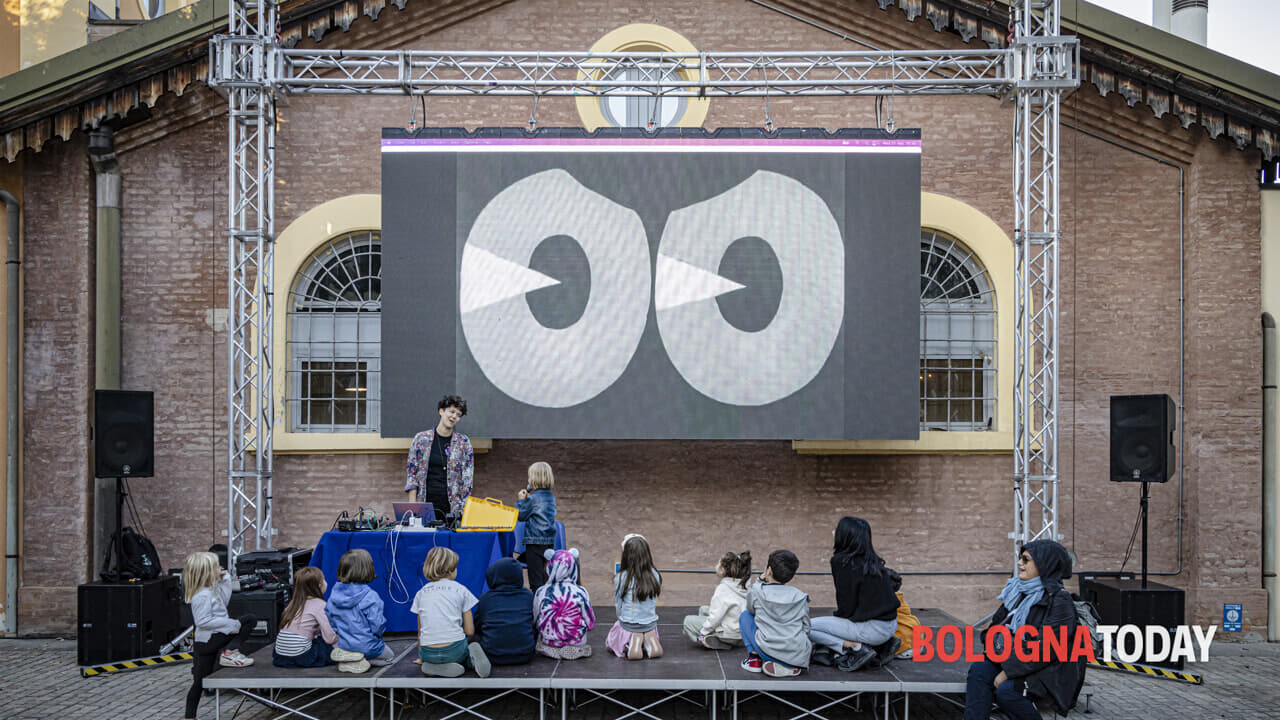 
It’s true, this is the weekend of political elections. There is no rain on this (the mathematical certainties can be read in the weekend weather), but it is also true that an hour is enough to vote and all the rest is time to be used well, enjoying what our beautiful Bologna offers between appointments musicals, white nights, theatre, excursions and events for children. Among the novelties of this week, the opening of the international photography festival PhMuseum Days. But that’s not all, at the Civic Archaeological Museum of Bologna he has inaugurated the exhibition “The Painters of Pompeii”: which provides for the exceptional loan by the National Archaeological Museum of Naples of over 100 works from the Roman era belonging to the collection of the Neapolitan museum, which houses the largest art gallery of antiquity in the world.

And then there’s the Future Film Festival. Cinema is made, especially science fiction, to question the great mysteries of “life, the universe and everything”, to quote Douglas Adams’ brilliant The Hitchhiker’s Guide to the Galaxy. There are many themes that emerge from the 22nd edition of the Future Film Festival, on stage until Sunday 25 September in Bologna. In parallel, do not miss the calendar of for Aspera festival, “Diversionary”.

September in time for music: concerts not to be missed this month

Culture and entertainment at no cost: the best free events in September

Town festivals and celebrations: the calendar of the month

So here are the 10 unmissable events of this weekend:

2022 is an important year for the Bolognese Franciscan family: in fact, the eighth centenary of Francis of Assisi’s speech in Piazza Maggiore occurs. This year the Franciscan Festival will be dedicated to “trust”, a very topical theme after two years conditioned by the pandemic, which will be declined in its various fields and addressed in a philosophical-literary, psychological, social and educational, but also biblical and spiritual key . From 22nd to 25th September a calendar full of appointments, including conferences, meetings with the author, shows, exhibitions, educational activities, workshops, moments of spirituality, workshops for children and animations in the square, to make known and spread the Franciscan message and celebrate the passage of St. Francis in Bologna. Also from 23 to 25 September, from 10 to 18, the Antoniano of Bologna will be present with the Zecchino d’Oro workshops designed as spaces for meeting, reflection and entertainment for both children and adults. The recreational and educational activities will range from classical dance to hip hop, from theater to reading. Through games and music everyone will be able to feel free to express themselves and develop their creativity.

Program of the Franciscan Festival 2022

(for those who already had tickets for 3 September)

Casino Royale concert on 24 September in Bologna. And before them is the Milanese singer and composer Marta Del Grandi. All this happens on Saturday 24 September at the DumBO space in via Casarini. Casino Royale are one of the longest-running formations still in business in Italy. They were born in 1987 in a post-punk Milan and with their Ska sound they overturn stages with a warm sound, full of winds and full of energy. An oddly mixed band of kids and veterans, lovers of the Clash, 2Tone ska and Jamaican reggae sing in English for two albums Soul of Ska, Jungle and Jubilee. In the very early nineties they overturned every point of reference within their sound by contaminating themselves with the contemporary evolutions of the genres already present in their DNA, it was the moment of ragga-hip hop, rock with a black matrix and what is defined as cross over . They start writing and singing in Italian and this creates a stronger empathy with their following. Now the Polaris disc is out, about thirty minutes of eclectic music ranging from songs to orchestral and chamber compositions, from European-rooted electronics to black-derived grooves.

Marta Del Grandi is a Milanese singer and composer. She is a jazz trained musician, she studies at the G. Verdi Conservatory in Milan and in Belgium at the Royal Conservatory of Ghent. Guided by a strong passion for travel and for the discovery of different places and cultures, she will later move first to China, for a short time, and then to Nepal, where she will stay for two and a half years in Kathmandu. Living in such a different place and getting to know it deeply influences her gaze on the world and consequently the music and lyrics she writes for her solo debut “Until We Fossilize” (2021). The album, released on the British label Fire Records, is an avant-pop work that sees the coexistence of folk-rock styles, Lynchian atmospheres and cinematic arrangements reminiscent of Ennio Morricone’s soundtracks. Currently the disc is presented live in trio with Marta on vocals, guitar and synth, Federica Furlani on viola and electronics and Gaya Misrachi on vocals and synth. Doors open at 19.30

(for a show made of images and music)


Saturday 24 September the show “A china libera” live in Piazza Spadolini. “Three figures in a room: one plays the double bass and traces some electronic lines; another plays the electric guitar and superimposes sounds; the third draws strokes in ink linked to the other two. It is not clear who starts among them and who follows the others: the flow that links the images and the music is the same; in the same way individual sounds become forms of a piece and indistinct figures are brought into focus by the black thread of the ink” Musical improvisation performance with live drawing.


Guide to the weekend, the 10 best events in Bologna

David LaChapelle: “There are at least six series about Ted Bundy and none about Stevie Wonder. What...
On April 15, 2023 at the Teatro Europa in Aprilia the theatrical tour of Al Bano "It's my life".
Dates, programming, artists: all about the Jesus Festival
Tweet
Share
Share
Pin