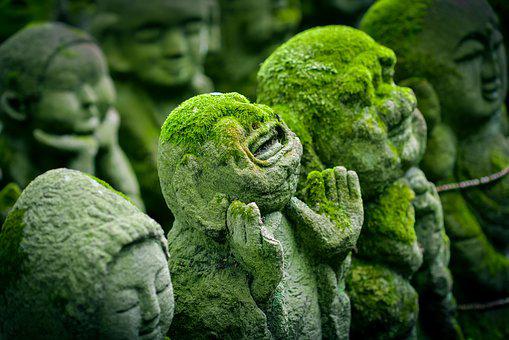 (By Mercedes Ezguiaga) – The idea of ​​labyrinths that throughout human history has impregnated the most diverse artistic, literary and cinematographic creations is explored in Fundación Proa’s brand new exhibition, entitled “Labyrinths”, which explores through of works of art on this theme present since the myth of Theseus and the Minotaur, and which has evidenced different perceptions around it, either as a sacred or pagan element, as a path to perdition or one to salvation.

“All artists at some point in their lives have worked on the theme of the labyrinth,” says curator Cecilia Jaime during a tour for the press, who together with her colleague Mayra Zolezzi analyzed and organized the set of works that cover the most diverse periods and origins, from the ancient engravings of the Italian Giovanni Battista Piranesi (1720-1778) -the city as a labyrinthine prison- to the pop labyrinths of the Argentine Edgardo Giménez.

In the case of Piranesi, present thanks to the four etchings lent by the National Museum of Fine Arts, his works warn about the possible experiences in a big city: meticulous details about people, sculptures, corridors and passageways, turn the buildings into ruins Roman houses in closed spaces, dungeons, organizing a landscape of dark cities that lead nowhere and that enclose the individual in his own wanderings.

The exhibition that unfolds throughout four rooms of the La Boca building proposes different instances to approach, sometimes in a linear way, and others in a more metaphorical way, the idea of ​​labyrinths, which have been brought to the physical plane by artists such as the Argentine León Ferrari, the American Dan Graham, Jorge Miño through his photographs, the Brazilian Regina Silveira or the esoteric Xul Solar, of whom four beautiful paintings from the 40s and 50s are exhibited.

The rage for immersion -which for some time now installed the Van Gogh exhibition at La Rural- is evidenced in the first room of the tour, an enveloping proposal, in 360, with projectors towards the four walls of the white cube and a narration -by Umberto Eco- that recounts the history of labyrinths both in art and throughout humanity: “The labyrinth represents the path, the initiation of life”, reads subtitled in a fragment of the projection , to then continue “If the exit is found, it is rebirth”.

This room, by way of introduction, gives an account of the origin of the labyrinth in the myth of Theseus and the Minotaur, later as a religious symbol, later -in the Renaissance- in the interior of the human being, until reaching the contemporaneity that expands technically the labyrinth of the internet, considered the largest in the world.

An unavoidable reference to the Argentine author Jorge Luis Borges appears there, who affirmed that the labyrinth is “the most evident symbol of perplexity.”

A large part of Borges’s work contains references to this sign, whether in “Manual of fantastic zoology” or in “The two kings and the two labyrinths” or in the poem “Labyrinth” from the book “Praise of the shadow”.

So much so that the intensity of Borges’s work made his ideas stimulate the construction of two real, physical labyrinths in nature, designed by the British Randoll Coate and carried out in 2003 in Estancia Los Álamos, Mendoza, and in 2011 in the Fondazione Cini in Venice. The photographs of both can be found a little later in the tour of the exhibition.

“The city as a labyrinth is a theme that runs through the history of humanity, with different elements that are repeated as constants to denote labyrinthine passages”, adds the curator to account for the second thematic core, labyrinths and cities, where they are shown For example, panels that represent the biblical narratives about the city of Jericho -the oldest and represented in the form of a labyrinth- through replicas of manuscripts of the Hebrew Bible, but also illustrations by Leonardo Da Vinci, Sandro Boticcelli and others. historical artists. In this nucleus, the contemporary look is provided by the labyrinthine installation by Dan Graham, “Whirligig”, located in the heart of the room, and surrounded by the architectural photographs of Jorge Miño or the “Inexplicable Stairs” by the Brazilian Regina Silveira , digitized on the wall, which with their shadow spaces dematerialize the architecture, causing vertigo due to the absence of precise limits, generating an imbalance in the architecture.

Also in his paintings, Pablo Siquier presents in black and white a visual interweaving of fragments of the city, with ornamental elements and architectural plots, close to the utopian cities of Xul Solar, a remarkable set of watercolors that present imaginary designs, architectures mystical and utopian.

“The approach to the labyrinth is not always literal, sometimes it is metaphorical”, clarifies the curator Mayra Zolezzi about the labyrinths present in the room: real spaces, crossroads enclosures and sometimes mental dilemmas.

From the films “Metrópolis” (1927) to “La isla siniestra” (2010) and from the books “Luminosa spiritualidad” by Manuel Mujica Láinez to “Los reyes” by Julio Cortázar, literature and cinema have resorted again and again to the idea of ​​a labyrinth -the third thematic axis of the exhibition- where texts, videos, manuscripts and photographs can also be seen.

Behind a long display case you can see copies of the extraordinary surrealist magazine “Minotaure” founded in 1932 by Albert Skira and edited by André Breton, which shows how the avant-garde reinterpreted the concept of the myth of Theseus and the Minotaur. Each of the thirteen copies is designed by the great artists of the time such as Pablo Picasso, Marcel Duchamp, Salvador Dalí or René Magritte, among many others.

The presence of Argentine writers in this room translates into the voices and images of Borges, Mujica Láinez and Cortázar, with different meanings about the labyrinth, a scene that is completed with documentary photos about the labyrinths made in honor of Borges in Mendoza and Venice. . References to Orson Wells and even David Bowie, who starred in the film “Labyrinth,” inevitably appear, about a teenager who must search for her younger brother trapped in the mystical kingdom of a goblin king.

The last room in Proa, on the second floor, alludes to mental labyrinths, but also to the human brain: there, the immense installation by the Italian Michelangelo Pistoletto stands out, who makes the viewer part of the work by going through its labyrinth until finally meeting -at the peek inside one of the walls of this labyrinth – with the reflection of oneself, like Narcissus in the water. The vicissitudes of the road are reflected in the sinuosity of the transitable space while the great well, housed in the center, contains a mirror that seems to reveal the mystery. Who is in the center? Are we the hero or the monster? Or perhaps both dwell in us.

There it also dialogues with the work “I am in a Labyrinth” by Horacio Zabala and with new technologies by Javier Bilatz, who invites us to reflect on the inner labyrinth: the interactive proposal consists of a digital labyrinth that is modified every time a spectator confronts him.

For Adriana Rosenberg, director of Fundación Proa, the exhibition is also a response to the current uncertainty, imagined by the artists, “a metaphor of what is happening to us at a national level, with what is happening in reality. of uncertainty we found the idea of ​​the labyrinth and it is important to remember that all labyrinths have a way out. We try to provide tools from art, which always proposes creativity, new ideas and ways of seeing how to find the way out”.

The “Labyrinths” exhibition opens tomorrow at Fundación Proa, Avenida Pedro de Mendoza 1929, in the neighborhood of La Boca, where it will remain until November, Thursday through Sunday from 12 noon to 7 pm. General admission: 200 pesos. (Telam)

From David Bowie to Jorge Luis Borges, an exhibition recreates the labyrinths in the history of mankind