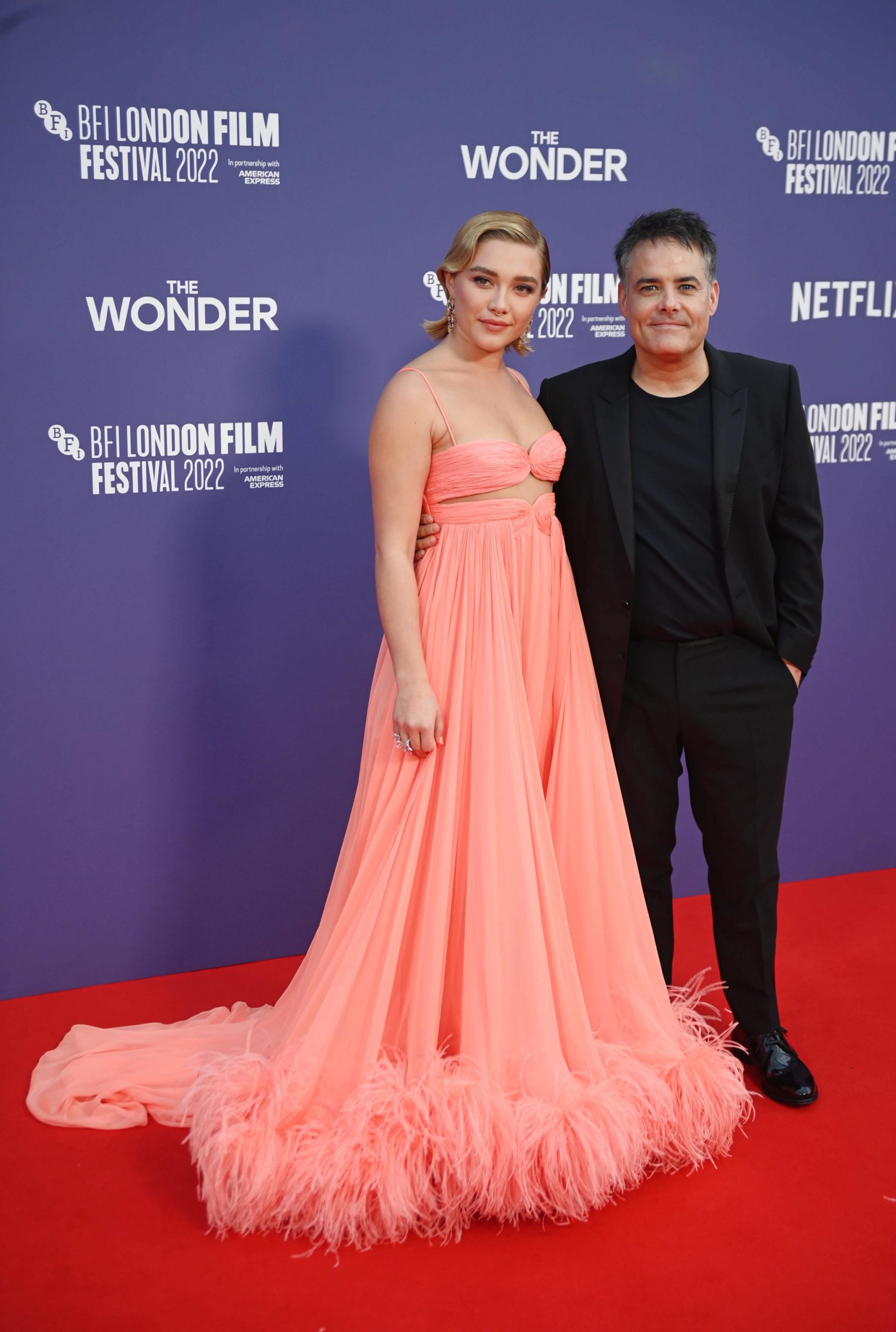 Florence Pugh in The Prodigy: is the protagonist and nurse in a new film product output on Netflix November 16, directed by Sebastian Lelio.

The celebrated actress and the director engage in a mix of battles between religion and science in The Prodigy: an enigmatic director’s adaptation of Emma Donoghue’s novel. The film represented a real new challenge for Pugh after the Marvel projects and after the film Don’t Worry Darling.

“It was this big episode in my life where a lot of things happened,”

said Lelio in an interview with IndieWire on Zoom from his apartment in Chile.

“The times of the pandemic were an interesting time to retreat from the hyper-busy period of my life and think about what I wanted to do for the next few years”.

“In a way, this is my first film after the Oscar, and there are many reasons why it could have gone wrong,”

“But I found cinematic pleasure in that challenge.”

This opportunity came with film The Prodigya drama produced by Netflix, to be released on November 16 starring Florence Pugh , which takes up Emma Donoghue’s 2018 novel: the story is about an English nurse in the Irish Midlands who is assigned to care for an 11-year-old “fasting girl” years in the 1860s.

Florence Pugh in The Prodigy: plot and trailer

Florence Pugh plays a nurse in this sensitive and enigmatic treatment of the material by Lelio.

Possessing both a steely exterior and wounded vulnerability, Lib, played by Florence Pugh, is an English nurse who has just returned from the Crimean War who has been called to a remote Irish village.

He has a precise and very unusual task: he has to take care of a very young girl, who seems to have not eaten for 4 months.

Instead of treating this young girl named Anna (played by Kíla Lord Cassidy) as she would like, Lib is simply tasked with watching her as her condition slowly deteriorates. The girl deteriorates before her eyes as much of the small town’s Catholic community insists that Anna’s survival is a miracle. It’s up to Lib, then, to grapple with the medical urgency of the situation as she tries to solve the mystery of Lib’s condition before she dies.

More than the mystery of how Anna is surviving, it is the power of storytelling, whether governed by science or spirituality, that is the true subject of The Wonder.

The stories that Anna’s family tell each other have their own logic and madness, as well as the story that Anna herself tells.

Here is the official trailer of the film:

Below is the official synopsis of the film released by Netflix:

“1862, 13 years after the Great Famine. English nurse Lib Wright (Florence Pugh) is called to the Irish Midlands to conduct a fortnight’s examination of a member of a devout community. Anna O’Donnell (Kíla Lord Cassidy) is an eleven-year-old girl who claims she hasn’t eaten for four months, miraculously surviving thanks to “manna from heaven”. As Anna’s health rapidly deteriorates, Lib is determined to uncover the truth, challenging the faith of a community she would rather remain believers.”

Florence Pugh in The Prodigy: the film with the fasting girl