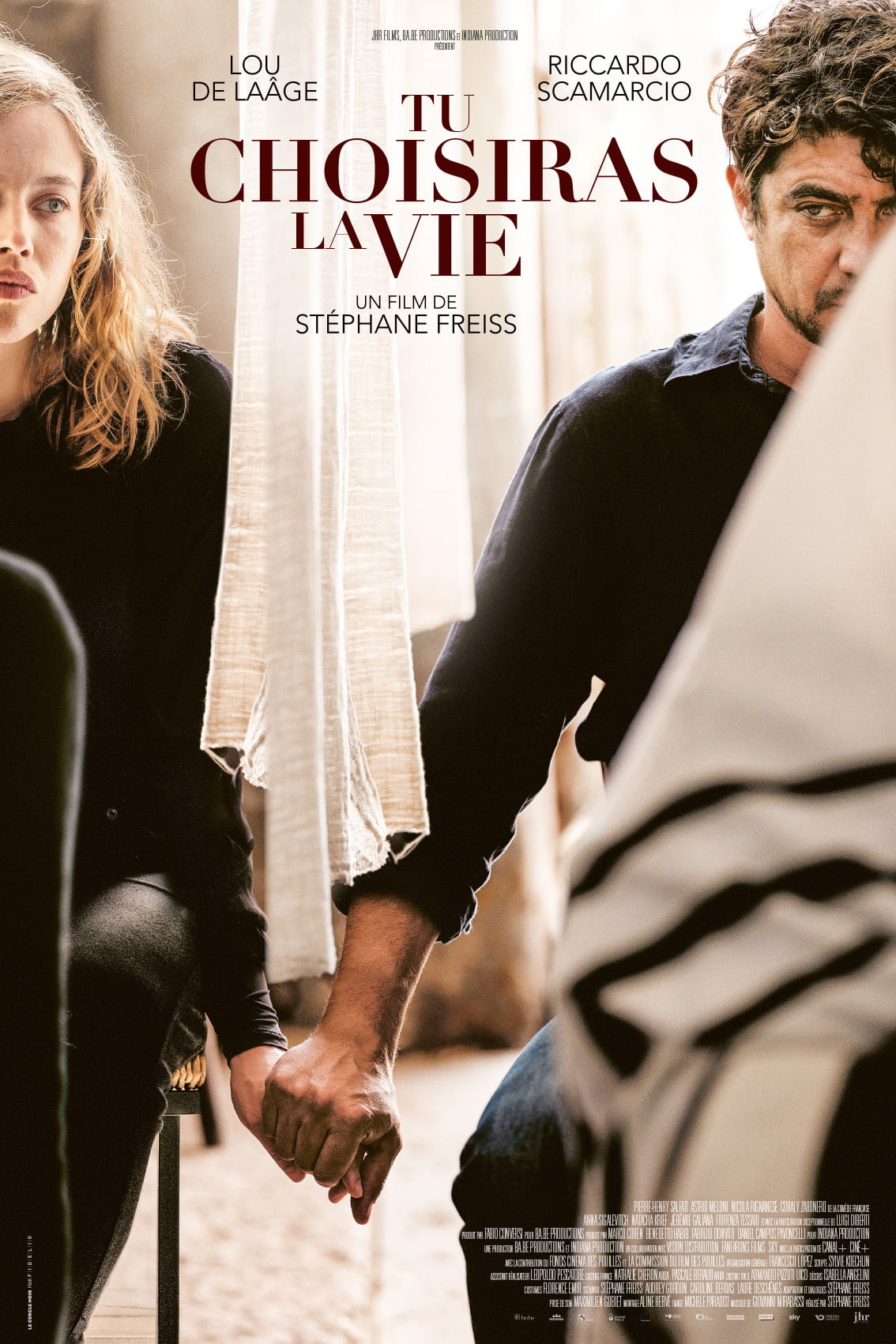 Should we support the family heritage, whether spiritual or material? Honoring and respecting our parents does it force us to forget ourselves, to follow a road that we have not traced?
When it is too heavy, is it possible to change route? To go off the road?

But maybe the real courage is ultimately to stay.

You will choose life is the first feature film by Stéphane Freiss which deals with transmission, the weight of heritage whether religious or not, the question or the questioning of the path of life traced at birth.

Stéphane Freiss defends that this film is exclusively Jewish, “it is for everyone” he says, “it’s a universal message”
We have all sought our place at some point in our existence and it is not necessarily the one assigned to us at birth. Maybe it’s just not that one?

Each in his own way will become the answer to the other’s question, a game of mirrors sets in, extremely subtle and if the dialogues are sober, each shot, each filmed object adds text as a watermark. A film that could, in turn, be interpreted in many ways.

Stéphane Freiss explains that it took him 10 years to make this film. Her mother was an Orthodox Jew and her father totally agnostic. For him, this film is a response to his mother, a bridge he tried to throw to bridge the gap between these two worlds.

Esther and Eliot each struggle in their own way to break out of the bondage of this legacy.
Esther is an ultra-Orthodox Jew, she is what is called an “outgoing”. She no longer has faith, but she dares not cross the border into the other world.
She does not have the tools to free herself and then if she no longer has faith, her love for her rabbi father, still binds her to the clan. But little by little she moves away.

An ultra-Orthodox Jewish family from Aix-les-Bains goes to a farm in southern Italy every year for a brief stay to accomplish a sacred mission: the harvest of citrons. Esther, the rabbi’s daughter, in full questioning of the constraints imposed by her religion, meets Elio, the owner of the farm. And if the face to face between these worlds was the genesis of another story?

Are you looking to communicate effectively about your services?
Communicate on Alliancefr.com, the first Jewish magazine on the net
More than a magazine, Alliance is a platform for the French-speaking Jewish community concerned with Israel and the Jewish world
Its DNA: providing information in all fields about Israel
contact ussto discover the communication formula that suits you.
tel: 01 70 00 75 75

Film: You will choose the life of Stéphane Freiss -video-