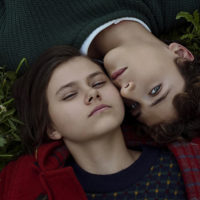 This Sunday, FIFAM previewed The Lulus War, adaptation by Yann Samuell of the eponymous comic strip, which narrates the wanderings of four young orphan boys whose destiny is turned upside down by the beginning of the “der des ders”. Meeting with the two authors from Amiens, the cartoonist Hardoc and the screenwriter Régis Hautière, but also Thierry Barle, the film’s producer and Léonard Fauquet, a thirteen-year-old Picard schoolboy who plays little Ludwig.

What was the genesis of this comic? Why did you want to anchor a children’s story in the context of the First World War?

Regis Hautiere: The idea of ​​staging children came very naturally. I “encountered” the 14-18 war when I came to live in the region. Originally from Brittany, the First World War was for me something quite distant. We have no traces of the fighting in the Breton territory. My installation in Picardy made me realize that this conflict was still as present on part of French territory through military cemeteries, memorials, remains of trenches in particular… So I started to take a closer interest at the period. The idea of ​​mixing these two themes, namely telling a story through the eyes of children while using the Great War as a backdrop, quickly imposed itself because I noticed that there was no comics accessible to young audiences on the subject. The initial objective was to offer a point of view other than that of the soldiers, to whom we pay homage while often forgetting the civilians, among others the 800,000 orphaned children who also suffered. Looking at the war from their height allows us to apprehend it in a different way, to understand their very strong capacity for resilience in the face of death, illness, the loss of loved ones… Indeed, from a narrative point of view, the children are able to overcome extreme difficulties, it makes them grow and evolve. The itinerary of the Lulus who must learn to rebuild themselves in a world in perdition ravaged by war was of particular interest to Yann Samuell, the director.

Have you ever worked together before or The Lulus War is it your first collaboration as a screenwriter and designer?

Hardoc: The first volume of the saga was published in 2013 but Régis and I have known each other and worked together for twenty years. We met at the premises of the Amiens association ” We walked on the bubble », created in 1995. For our very first project entitled « War games », we had already sketched out characters who looked surprisingly like the young Lulus. Very quickly, we realized the enormous potential of this story and embarked on a longer and more ambitious adventure.

When and why did you want to undertake this adaptation? Is the director Yann Samuell at the origin of the proposal?

Thierry Barlé: Not at all. This is following the success of the oneshot album ” bricks and blood (2010), which we were approached by the editor Casterman to implement The Lulus War. Very quickly, Les Films du Lézard perceived the cinematic force that such an adaptation could convey. Accustomed to dealing with the point of view of childhood in his previous feature films such as Child games (2003) or The War of the Buttons (2011), Yann immediately caught on. He made of The Lulus War a fresco, a fantasy, which in reality is more of an adventure tale than a historical narrative. The writing of the script was spread over a period of eight months, before arriving at the final screenplay. We were very lucky: beyond the children who were all great, all the confirmed actors who were to play the adults responded positively to the casting in less than a week.

As authors, how did you react to this project? Were you worried to learn that the comic strip was going to be adapted to the cinema, moreover in real shots?

Regis Hautiere: The fact that the cinema is interested in our work is obviously a real satisfaction for us. At the same time, it reflected the enthusiasm of the many readers of comics. I first broke away from it given the number of adaptation projects for the big screen which are signed and then abandoned or which do not come to fruition due to a lack of budget. I consider that when the rights are transferred as we have done, the adaptation necessarily remains a reinterpretation of the original work. We must therefore accept the idea of ​​entrusting it to someone else, so that it becomes the subjective vision of the filmmaker who will take it over. Yann is committed to respecting the spirit and the values ​​defended in the comic strip (fraternity, mutual aid, the abandonment of borders), as well as the plot and the characters, all crossed by contradictory emotions. We were on the same wavelength, especially with regard to the resemblance of the young actors selected to interpret the band of Lulus. There was a real desire on his part to make a film that remains close to comics and its aesthetics. From a graphic point of view, it was necessary to respect a very particular color chart which is very elaborate. The angles and the composition of the image are also very studied. The concern focused more on the potential value of the feature film when we know the difficulties associated with filming with children.

Were you involved in the adaptation or did you remain in the position of regular observers?

Regis Hautiere: Again, it’s a team effort but the director was under no obligation to meet our requirements. Hardoc and I were observers throughout the process to provide an analytical perspective on adaptation. Our mission was of course to reread the different versions of the treatment and the scenario to make corrections, most often on historical inconsistencies. War here being a kind of monster, an ogre that swallows up everything in its path, Yann Samuell favored the atmosphere of the tale to stage, from his imagery known to all, a more fantasized dimension of horror. from 14-18.

Harddoc : The creation process lasted three years. We discovered the filming locations, met the children several times on the set, saw rushes, excerpts. We were living in incredible times. What counts now is the reception of the film by the public…

How does the screenplay relate to the chronology of the twelve volumes?

Regis Hautiere: The screenplay takes up the content of the first three volumes. Some of the secondary characters are there. Others, such as the “witch” and the abbot, portrayed respectively by Isabelle Carré and François Damiens, were invented or enriched in order to give greater scope to the plot. In addition, Yann Samuell took over the character of the Senegalese tirailleur, interpreted by Ahmed Sylla, who accompanies the Lulus by acting directly on their destiny. Originally, the latter appeared in a short story published in the magazine ” Stone Paper Chicon » created precisely by the two colorists of The Lulus War. The screenwriter also drew on the sixth volume to build the whole incipit. The chronology is also very different since the plot of the film is collected over two or three months, unlike the comic strip which covers the entire First World War.

Why did you choose to rewrite the death of Hans, the German deserter?

Regis Hautiere: Indeed, Yann Samuell chose to take the Lulus to the battlefield. It was essential to stage the death of Hans, played by Luc Schiltz, insofar as his disappearance symbolizes the first common trauma of the Lulus, an important ordeal within their initiatory journey. Indeed, it is only after the loss of this spiritual father that the orphans will “become a family”.

As for you, Léonard, how did you come to the project? Have you ever made movies?

Leonard Fauquet: No way. It was my first casting. I was doing theater but I had no experience in the film industry. After several long weeks of waiting, I finally got the role.

To play Ludwig, did you immerse yourself a lot in the character of the comics or on the contrary rather in the scenario?

Leonard Fauquet: Naturally, our coach wanted us to focus more on the script (Laughs).

Was the film entirely shot in Hauts-de-France?

Thierry Barlé: We surveyed the region and shot in forty-six days between the cities of Amiens, Saint-Quentin and Hirson. As the filming took place between August and November 2021, significant calibration work was necessary to rectify the light anomalies and false connections related to the weather. We especially wanted to shoot in natural settings. The Abbey of Saint-Michel is the Valencourt orphanage, for example. It was also necessary to build others entirely and with limited resources, such as Louison’s house, the Lulus cabin or the town hall for the needs of the Luce birthday sequence.

Are you already thinking of a sequel?

Regis Hautiere: Yes. To tell you the truth, the film is being written. Everything will depend on the success of this first part. Of course we hope it will work.

Thierry Barlé: We really want to do the sequel. A first chapter has already been written. There will be a one-year ellipsis since obviously the actors are growing up.