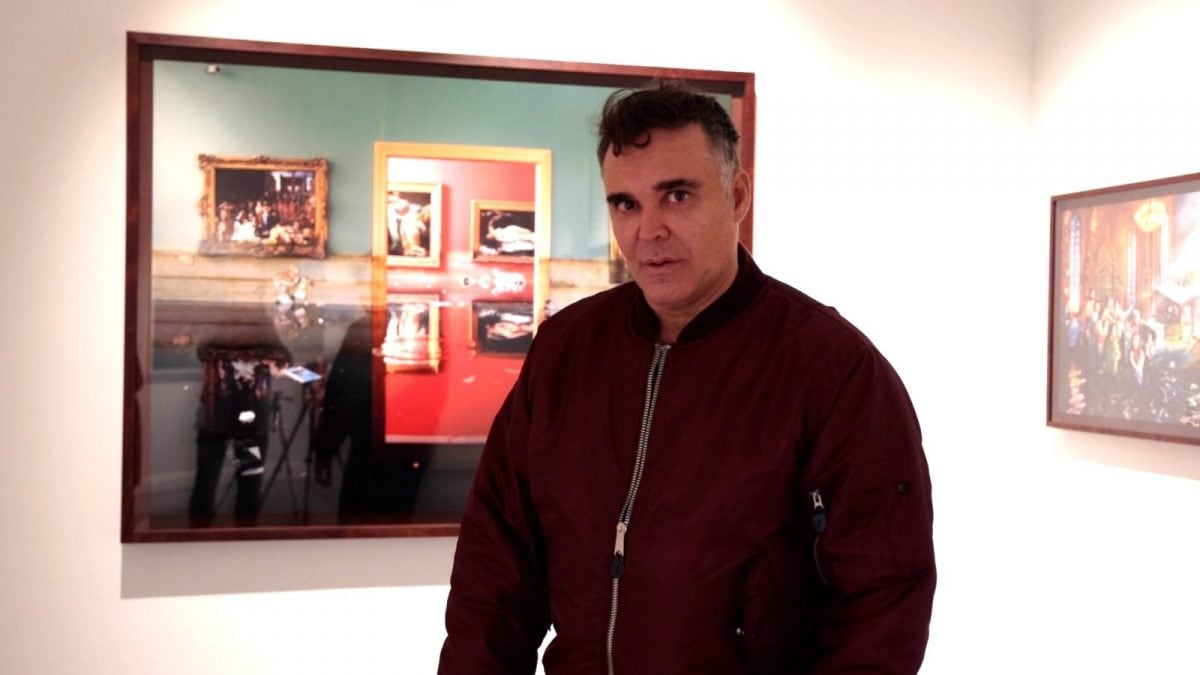 From his debut with Andy Wahrol to his retirement from the world of fashion, photographer David LaChapelle talks about himself on the occasion of the new exhibition in Milan.

David LaChapelle in the Deodato Gallery in Milan

David LaChapelle he was one of the most pop and surreal fashion photographers. After retiring from the glossy world of fashion, he recounted the new millennium with the same indiscreet eye with which he photographed stars such as David Bowie, Michael Jackson And Naomi Campbell. I start it with Andy Warrol in New York in the 1980s consecrated him to the Olympus of 21st century photography. The hyper-realistic and pop-aesthetic portraits of stars like Britney Spears, Leonardo Dicaprio And Lady Gaga, reveal the charm and irony of David LaChapelle’s art, which is a continuous dichotomy between beauty and degradation, popularity and decadence, man and nature. On the occasion of the new exhibition in Milan, Poems and Feversopen to the public until December 2022 at the Deodato Art Gallery, we met the artist. To the microphones of Fanpage.it David LaChapelle talks about his career, his most iconic works and his new life away from the star system.

Class 1963, LaChapelle has enjoyed a successful career. With his indiscreet eye he has immortalized some of the most important names in music and culture, sometimes placing himself as the architect of their own notoriety, to the point of moving away from the glossy world of entertainment and retiring to Hawaii, where he lives in a personal paradise. Today his photographs re-imagine fundamental ideas and values, current and political themes with a new aesthetics and spirituality: “I feel a responsibility to bring light into the world – says LaChapelle – and create images that can uplift and serve humanity, including by employing drama and humor. Whether secular or religious, my images are part of the same experience and an evolving perspective“.

After the success of the Mudec exhibition, you return to Milan with an exhibition that brings together some of your most iconic shots, in an eternal and metaphysical narrative. Is there a common thread that links all your works? How do you see her artistic evolution?

In this exhibition there are many sides of my personality. There are some shots that are fun and pop and others that are deeper and have a more edge
contemplative and spiritual.


David di Donatello 2022: all the looks of the stars


When did you decide you would become a photographer?

I’ve always wanted to be an artist. I stopped listening to lectures at school when I was still very young. I stopped following the teachers. I was in class and I was always drawing. At 17 I went to high school and there I learned to photograph. There was a photography class and I immediately fell in love with it because with other people you created a space to work together and I love collaborations. Then I like the part of the darkroom… photographic technique is very important to me. I care about the prints and the quality of the prints: the works on display here are very different from what you see on a screen.
How was your beginnings in Andy Warhol’s Interview magazine? What was Warhol’s impact on his career? What do you remember about him? What did that experience leave you?

I was very happy to be there and work for the most important pop cultural magazine and with the most important artist there was. Andy Warhol was my favorite artist. I went to him and told him I was a photographer. He liked my photos and I started working for Interview Magazine. Warhol wanted me to do the last portrait of him before he died in 1987. For me it was like going to university because I learned a lot.

You have portrayed some of the most famous, illustrious and controversial personalities of entertainment and culture, Muhammad Ali, Michael Jackson, Madonna, David Bowie, is there a meeting you particularly remember?

I remember them all, there is a story behind every photo session with them. I enjoy working with artists from the world of music and cinema. I put myself in their shoes and wonder how I would like to look and how I would like to be portrayed. It’s nice to have these sources of inspiration who in some respects, are not above God, but are heroes of music and art who take us out of our world for a while, into another dimension where we can have fun. With photos, I tell stories of people’s lives. I’ve photographed Britney Spears more than any other photographer, from the first photo shoot to the last video clip. I was able to get to know her and tell different periods of her life.

Britney Spears: Portrait of a Young Pop Star on the Verge of Success, 1999

Is there a character or event that has influenced your way of doing photography in a particular way?

The Italian Renaissance was the biggest influence for me. This is why Italy is my favorite country. The first time I visited the Sistine Chapel I was 21 years old. It was the first time for work that I had been put on a plane and sent to Rome to photograph Italian actresses. One of them was Alessandra Mussolini, she was 17 years old… they told me: “Do you know who her grandfather is?” (Benito Mussolini). I photographed her on the Via Appia Antica, it was towards the end of the eighties. Then I went to visit the Sistine Chapel. It was incredible because there weren’t so many people. It was a weekday afternoon: I started crying, I had never seen null. There were people who weren’t used to seeing the paintings. For them to see her must have been
a supernatural experience and it still is for me today. That’s why I can’t imagine what it was like 500 years ago. It must have been incredible. It is one of the most amazing things in the history of mankind. For me Michelangelo was the greatest. He’s a pop artist, he’s popular. You can go to Japan, show the Creation of Adam scene and everyone recognizes it, it’s famous all over the world and that’s the meaning of pop art. Andy reproduced Campbell’s Soup, something everyone knew. And he drew it as Michelangelo drew something that has come to be known as Campbell Soup. An icon spread throughout the world that everyone recognizes today. Michelangelo is truly a pop artist.

Is there any famous photograph of you that you regret?

Maybe there are some photos that I wouldn’t take again today but I’m not ashamed of anything.

What is really important to her? What goal does she set with her art?

The Bible describes a fallen world and so it is today that we are 8 billion people. Today we have 24 hours a day of news at our disposal around the clock. It’s always been like this, we’ve been dealing with the same things since Roman times. Today we see violent and homicide films. They excite us like the Romans
they were excited at the Colosseum. Have we grown spiritually and morally since that time? I don’t think so, we’ve grown technologically. And this is replacing God and we cannot let that happen. We must put God first, technology is not God. We are putting all our faith in technology. For this the world is heading towards confusion and dark times. I hope my art arouses emotions and reflections, perhaps arouses smiles, a moment of escapism, this is my hope.

The Deodato Arte Gallery in Milan

David LaChapelle: “Technology is our God that’s why the world is getting confused”