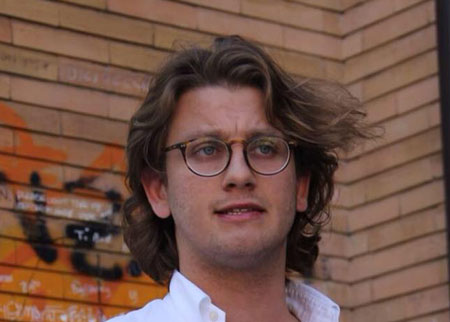 “For the Cremaschi it was a summer full of events. We have collected a lot of participation in the cultural initiatives proposed by the municipality in collaboration with various associations in the area. We are satisfied, but it is not the time to sit on our laurels ”. September is upon us and the autumn season will start soon. “Some initiatives that close the summer season act as a bridge with the autumn and winter events. It is the case – explains the councilor for culture Giorgio Cardile – the next scheduled appointment Thursday 1 September with the theologian Vito Mancuso. A way to close in style an exhibition that every year is a guarantee of quality. The goal for the next editions is compact it between June and Julyin such a way that it can meet even more the favor of the public, perhaps by linking itself to some events and themes that during the year are now synonymous with tradition in Crema “.

Culture in other places

The following evening, Friday 2 September, the square of the Crema station will be illuminated with light, spectacle and hope, thanks to Hopethe appointment wanted by Franco Agostino Theater festival to open the twenty-fifth edition. Admission is free, the excitement is guaranteed. Word of Pietro Chiarenza, an artist from Cremona now living in Belgium who, being able to deal with an internationally recognized talent, wanted to send a message of hope to “pierce the darkness of the pandemic”. A first appointment “for the little ones”, which is well linked to “the Cinemino, the proposal developed for families at the Bosco del tempo in via Pandino”. The first date, with The famous invasion of the bears in Sicilyand for Saturday 3 September at 9.30 pm. Afterwards, on Sunday 4 September at 9.30 pm it will be the turn of Ethel & Ernest, an animated film by Roger Mainwood. Saturday 10 September the protagonist of the evening will be a small rodent, in the animated film The adventures of the mouse Desperaux; the review will end on Sunday 11 September, again at 9.30 pm, with the film by director Taika Waititi Jojo Rabbit. All screenings will be open and free. The audience will sit on the forest lawn. It is recommended that you bring a pillow or blanket from home.

These events are “a clear indication of a vision: let’s imagine a culture within everyone’s reach, proposals for everyone, even in unusual places“. Thus the station will be filled with games of fire and smiling children, with bright and amazed eyes. The park, of stories for children, of hopes for a happy ending. In the same direction it goes Living art, the call launched in collaboration with Acli and Winifred to create artistic and participatory opportunities in popular neighborhoods. “I believe that in the years preceding the Sant’Agostino cultural center a great deal of work was done to intensify the cultural offer and improve its quality. Now we just have to take a step further: try to bring culture even for a walk, in the districts of the city, thinking of more musical opportunities. One of the points of our electoral program concerned the organization of youth-friendly events. I believe that the three days of celebration dedicated to Stefano Cerullo last July have made it clear how CremArena is also suitable for this type of use. On the other hand, I would like a place for young people, perhaps used for medium-sized concerts, to be created at Pierina with the installation of a permanent stage“.

Music will surely arrive, in the meantime, together with the contemporary circus at Sant’Agostino on the occasion of Close Up, the review wanted by Mara Serina with the collaboration and support of the municipality at the Sant’Agostino cultural center from 9 to 11 September. “The real novelty – explains Cardile – which, among other things, is perfectly in line with the intentions just stated is the inclusion of a participatory theater experience which will have some second generation boys as protagonists ”. Friday 9 September at 5.30 pm in Piazza del Duomo and Saturday 10 September at 5.30 pm in Piazza Garibaldi some second-generation boys from our territory will challenge 100 spectators per rerun for a curious event that will take place wearing headphones in which to listen to instructions, reflections and stories. two days of laboratory. The workshop activity is scheduled on 7 and 8 September at the spaces of Piazza di Rauso from 14.30 to 18.30. The laboratory can be joined by adolescents between 16 and 20 years old. To participate you can write to [email protected] or send a Whatsapp message to 3383246269. Then, between CremArena and the cultural center, there will be three days of entertainment, dance, circus, amazement, theater, travel in the interior of each one (complete program by clicking here).

And, again, the ‘cremaschi’ festivals are back. A series of three evenings entitled Clouds in Crema, that smells of the colors and the imagination of CremacomX. In collaboration with the Cremasca bookshop in via Dante Alighieri, the organizer Nino Antonaccio offers three opportunities to meet as many authors: Massimo Giacon (September 28), Riccardo Randazzo (October 26), Liuba Gabriele (November 30). In the city at the moment there is also trepidation for the Worlds of Paper, starting next October 1st. And then at the end of October, precisely on 22 and 23, he returns to Sant’Agostino for the twenty-seventh time Writethe market exhibition of ancient and valuable books.

In the same days, the exhibition on the graphic work of Emilio Mantelli. “Many of the works on display are the result of loans, mostly from Genoa: I believe this is a good way of creating culture. Networking is always important to increase circulation and to bring important works and proposals to Crema ”, Cardile tells us again. On the exhibition side, “there is an imminent appointment, which will involve the artist from Cremona Libero Donarini“. Sileatur, this is the title, it is a hymn to silence, the story of a man’s journey “full of simplicity, but also of inspiration. His is a simple work, not artificial, which brings with it a profound spirituality ”. The inauguration is scheduled for Saturday 3 September at 5 pm. The exhibition will be open until 25 September. Free admission.

Crema on line – Widespread culture and for all ages: the autumn season of Crema between festivals, exhibitions and news