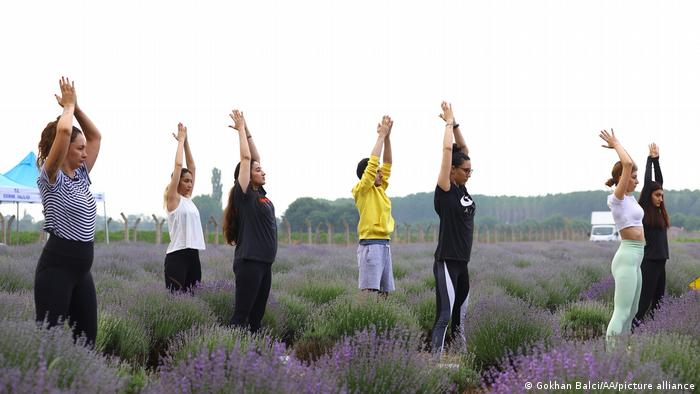 Not only ultra-rightists, but also people from different social groups, are demonstrating against the measures adopted to contain the coronavirus. Among them there are also esoterics, people for whom self-knowledge and self-realization play a central role. To achieve these objectives there are many paths: astrology, meditation, reiki or yoga.

Let’s clarify: meditation and yoga have nothing wrong, on the contrary. Spiritual practices can help people become more mindful, happy, and fulfilled. Those who meditate try to simply observe their thoughts and feelings. Thus the ego can be kept in check. At least in theory.

Social psychologist Jochen Gebauer of the University of Mannheim and his team have found evidence in a series of studies that spiritual practices don’t necessarily keep their promises of pacifying the ego. According to the researchers, the increased well-being reported by yoga practitioners and meditators is actually due to an ego boost. This, in turn, leads to feelings of superiority: “I am enlightened and you are not.”

Psychologist Scott Barry Kaufman writes: “Spiritual practices can build a narcissistic self, that is, promote aspiration and the feeling of feeling special.” The idea of ​​exploring one’s inner life and feeling enlightened is especially appealing to narcissistic people.

From narcissism to conspiracy

“Narcissism is a kind of hinge between esotericism and conspiracies,” says social psychologist Clara Schliessler, who studies anti-democratic movements and their structures at the Else Frenkel Brunswik Institute in Leipzig.

People who feel powerless and overwhelmed by political and social challenges can shield themselves from these feelings with the help of spiritual practices, “developing fantasies and seeing themselves as one of the few who are awake” to reality, Schliessler says. Conspiracy theories work in much the same way.

The social psychologist highlights that esotericism and conspiracy beliefs are not the same. However, there are points of contact between both worldviews. This is most evident in three shared beliefs: nothing happens by chance, nothing is as it seems, and everything is connected.

Keep in mind that with yoga, meditation, and other spiritual practices, it is the ego that tends to grow stronger.

“Both ways of thinking are characterized by a greater willingness to find signs in the world,” write Clara Schliessler, Oliver Decker, and Nele Hellweg in an article published in 2020. The idea that everything is connected serves a very specific purpose not just between esotericists, but also among conspiracists: impotence, loss of control and fear become more bearable.

Although conspiracy narratives find the cause of all evil in certain people or groups of people, the esoteric imaginary considers that the forces of nature respond to mistreatment. That is, karma. “If I believe that I chose my destiny in a previous life, I maintain the illusion of agency,” says Schliessler. In this way, it is avoided to analyze the real responsibility of each one in his decisions. The others, the vengeful nature, the karma, are responsible, not me.

A conspiracy mindset can go hand in hand with esoteric beliefs. Researchers describe this way of thinking with the term “conspirituality.” “The concept combines the basic beliefs that a small group tries to control the social and political order, with the idea that humanity is at this moment in a stage of change towards a higher form of consciousness, a new era”, says the study by Schliessler, Decker and Hellweg.

“Both esotericism and conspiracy narratives have strong anti-modern motives,” says Schliessler. A past is idealized that can only return through a catastrophe or a radical turn of events.

On the one hand, the coronavirus is welcomed in demonstrations and social media platforms as a sign of the new age, and calls are made to fight it through meditation, and on the other, the pandemic is seen as a conspiracy of a global elite.

Many conspiracy narratives work with anti-Semitic codes or are directly related to anti-Semitism. “Global financial elite”, “puppeteers” or “puppets” are codes that are frequently used in the context of anti-Jewish narratives.

The alliance between esotericism and far-right groups is not something new, and in fact it already existed at the time of National Socialism. Also from the beginning in the protests against the restrictions of the pandemic, right-wing ultras have been united with esoterics. The social psychologist Clara Schliessler sees, therefore, an enormous potential for radicalization in the esoteric scene, which lies in the points of contact between conspiracy ideas, esotericism and right-wing groups.

Despite everything, meditation and yoga are not something negative. At least not if, as Scott Barry says, they are not used to satisfy needs for security, belonging, or self-esteem. On the contrary, they can be a good thing “if we practice observing our own behavior.”

Coronavirus and conspiracies: what role do esotericism and spirituality play? | DW | 30.12.2021