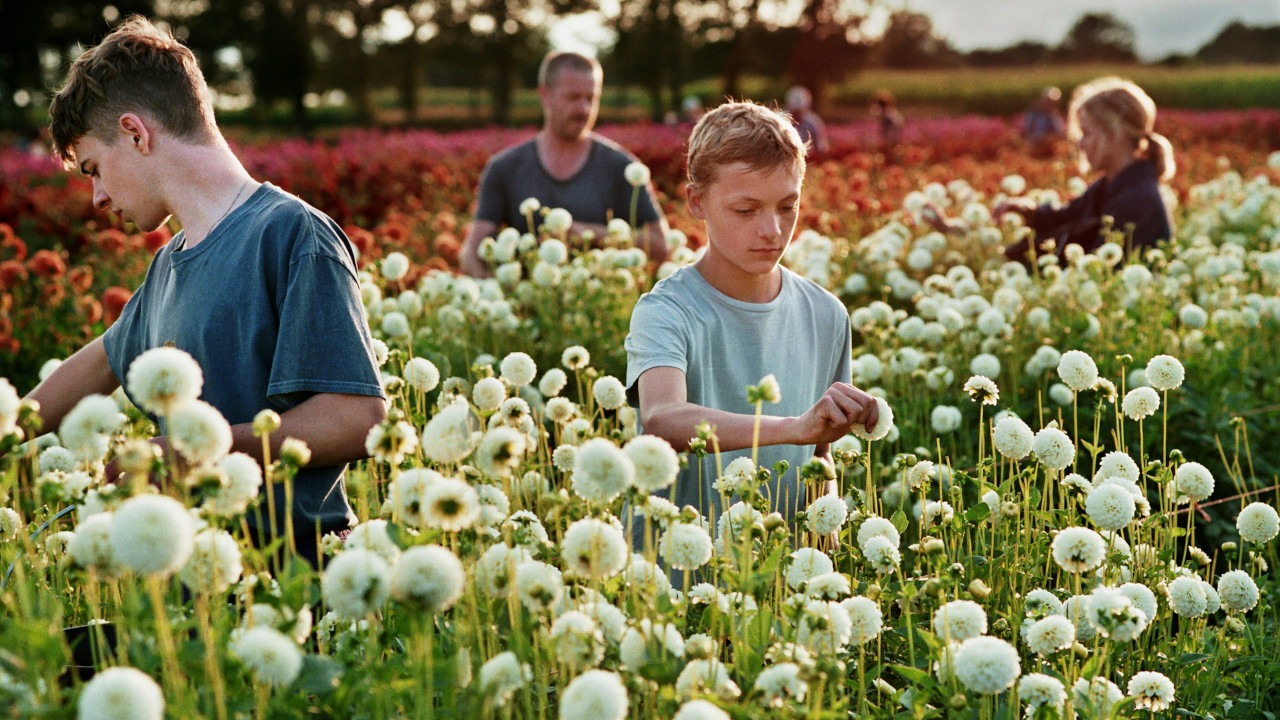 A splendid and intimate bond between two young people, which society tries to undo. Close, directed by Lukas Dhont, arrives in Italian cinemas on January 4, 2023.

That of Lukas Dhont, a risky but not entirely out of place synthesis, is a cinema of liberation, the liberation of identities suffocated by external conditioning and (internal) spiritual turbulence. It also applies, with all its limitations and some strengths, to Close, the second film by the Belgian director and screenwriter, presented in competition at the 75th Cannes Film Festival where it won the Special Jury Grand Prix. In Italian theaters from January 4, 2023, for a Lucky Red distribution. If the sense of the previous Girl (2018) was the story of an identity built starting from the visible sign, from exteriority, from the body, here instead, in the cast Eden Dambrine, Gustav de Waele, Émilie Dequenne, Lea Drucker, the bodies are okay, in the sense that there is nothing society has to say about it; the object of the dispute is more subterranean, nuanced, impalpable. A beautiful and very strong bond, without a name because you don’t feel the need. The problems begin right at this point.

Close: the beautiful bond between two boys and the wrong words of society

Leo (Eden Dambrine) and Remi (Gustav de Waele) are thirteen years old and run without worries. Friends, with tenderness and much affection, brothers, by choice and not because blood says so, they complement each other instinctively. They are together in moments of action and reflection, together in words and silences. Things start to go wrong with the start of the school year. The mischievous insinuations of the companions, all starting from the indiscreet curiosity of a group of girls, question the nature of their relationship.

Whatever the bond of Léo and Rémi means, a feeling deeper than a simple friendship or a tenacious fraternity, is not, should not be, a problem for anyone. Yet a problem ends up becoming one, at least in the eyes of most of the boys and girls of the school and this is one of the most uncomfortable truths of Close. Because in the imagination of our hopefully more open and inclusive times, the construction of an identity, sexual but not only, free from prejudices and obtuseness, should be, if not a routine practice, almost.

Not so, of course, anywhere. Directed by Lukas Dhont he bitterly confirms, illuminating a paradoxical truth, because it is precisely the youngest, theoretically the age class most in tune with the modernity of certain discourses, who propose stereotyped and frankly indefensible visions of the world. Of the two, Léo is the more enterprising and reacts to conformist pressures by adapting as best he can, giving himself up to hockey, embracing the masculine and virile status quo, while the reflective Rémi chooses a more melancholic and introverted path. The warmth and reassuring presence of Nathalie (Lea Drucker) and Sophie (Émilie Dequenne), who as mothers of Léo and Rémi can but up to a certain point. Close no discounts. And if it is clear that something is broken between the two boys, it will be difficult to recompose and go back exactly as before.

An intimacy ruined, the bitter truth of a coming of age sensitive and with two good protagonists

An intimacy marred by the stupidity of the world. The first right thing he does Lukas Dhont with Close is to choose the right pair of protagonists. The shy one Gustav de Waele and the loudest Eden Dambrine they bring to the film a tender and unsentimental grace, a willingness to wonder and a portrait of vulnerability without rhetoric. Vulnerable, the two young people, because they live their relationship without the need for mediation, their communication is in fact essentially a body language that goes beyond words and leans on something else. To silence, to music, to tears, to the plastic strength of bodies that run and fight. They resist until society’s conformist sirens sound, then they’re forced to compromise.

Close it is also the story of a long-distance duel between the countryside and the city. One, incarnation of a spontaneity of living and full harmony with one’s desires; obvious closeness and a more harmonious relationship with nature, courtesy of a photograph of warm and mellow tones. The other, social morality, taboos and bad habits, a cold and less welcoming aesthetic. The moral of the story is an unwelcome but necessary reminder: building an identity, here sexual orientation is a part, not the whole of the discourse, is possible but don’t think of a linear journey from point a to point b. Something is always lost.

That the protagonists of Close forgiveness is the privilege of a beautiful intimacy, condemned for breaking with the rules of society when it chooses, to express itself, a language that rejects the conventionality of words, pre-printed codes of behavior and dusty rules. Lukas Dhont makes his second film a reasoned counterpoint to the first. Both coming of age stories (coming of age) scattered with obstacles, but where the first built his identity by working on the body, here the battle is intimate. Sensitive but not morbid, poetic but not sentimental, Close it is another solid brick towards the construction of an authentic author’s vision.

Close: review of the film by Lukas Dhont – Cinematographe.it

Celebrities who died in September 2022 around the world
«I have lived again with passion that loving frenzy of the people, the clean streets and the asepsis...
Alison Bechdel: "It's me who looks like my character"
Tweet
Share
Share
Pin