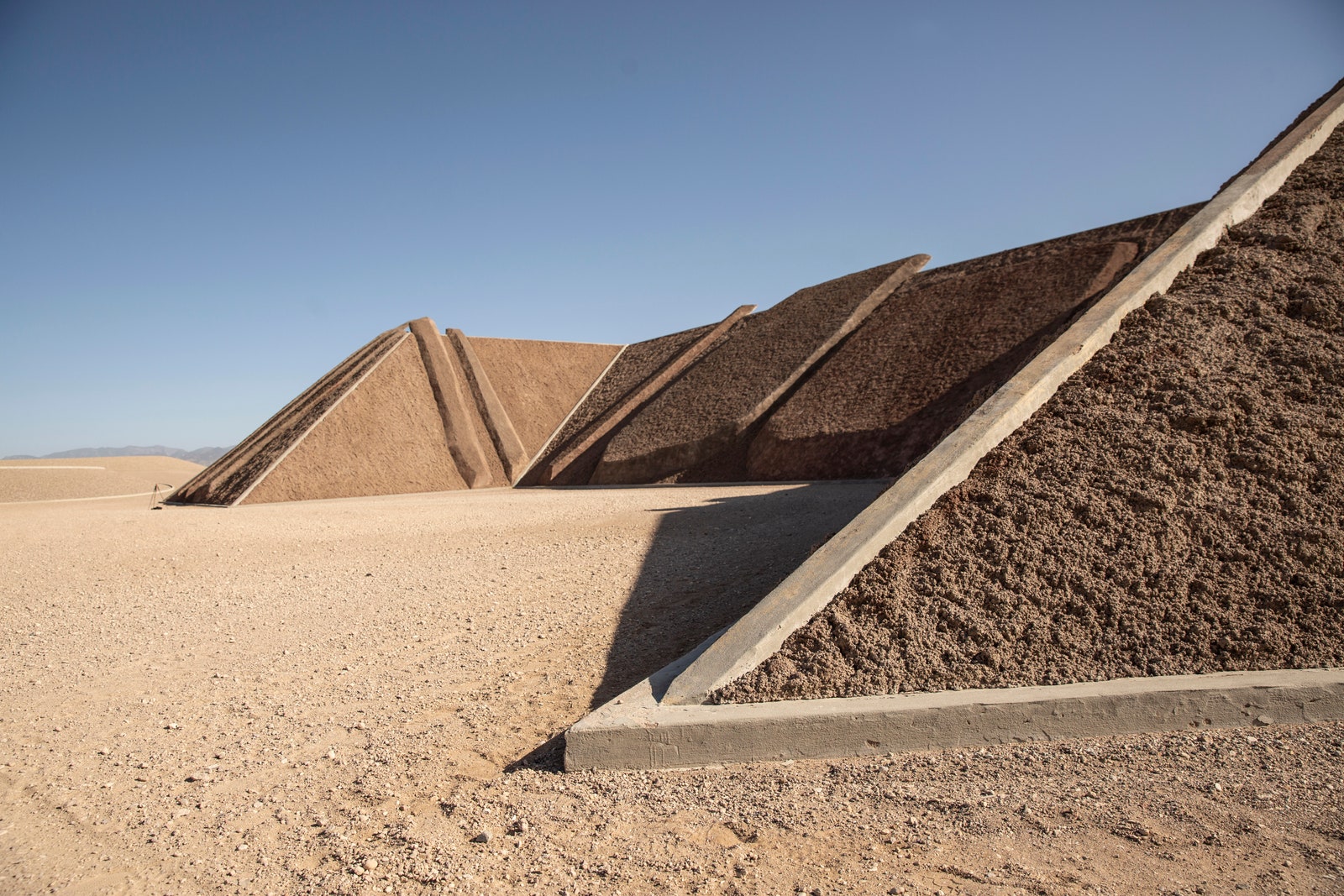 A grandiose gesture, resulting from his first research

Its minimalist aesthetic vocabulary extends the studies carried out by the artist from the 1960s. “ City uses a language resembling that of his “negative sculptures”, first created in 1967, emphasizes Kara Vander Weg, and expressed, in 1969, by his monumental work Double Negative, in the Mormon Mesa, in Overton, Nevada. Complex One also refers to his previous abstract paintings. » During the titanic work, the artist thinks, rethinks his first drawings, making multiple adjustments. “Certainly he sketched plans that guided his beginnings, she adds, but its intentions have evolved and required, over time, many additions on site. » Modifications for a grand final “gesture”, which will have cost a total of 40 million dollars. Initially funded by the visual artist, the project gradually attracted many donors and institutional support, including the Dia Center for the Arts in New York and its patrons, but also the New York MoMA or the Lannan Foundation in New Mexico.

A sustainable work, with a free approach

To achieve this immense maze of almost brutalist forms, Heizer used local materials. The clay, sand and rocks of this sun-burnt nature were collected in situ, with means respecting the local fauna and flora. “The environmental question is crucial for Heizer, says Kara Vander Weg. City was built with minimal disturbance to the environment. Today, visitors find surrounding areas of native vegetation, such as birds and other wildlife. » Since September 2, only six visitors per day, weather permitting, can experience, for 150 dollars, the work in beige and greige tones. His journey without a guide is lived as an intimate physical experience, in communion with the natural elements, visible or invisible, with a sensitive “presence”. Accompanied by the “music” of the steps on the gravel and the surrounding silence, everyone can feel, or not, the telluric, primitive forces which emerge from it. Forces that echo the spirits of this land? On this subject, the Triple Aught Foundation agrees “with respect that City was created on the land that the Nuwu (Southern Paiute) and Newe (Western Shoshone) and their ancestors call home. » Unfinished for Michael Heizer, this extraordinary city-sculpture, defying time and space, is imbued with a deep spirituality for whoever wants it.

City, a spectacular work of Land Art in the Nevada desert

[Ensayo] Rafael Álvarez "El Brujo": The mastery of a yogic minstrel
Incredible Resurrection!
ANNECY | The exhibition Vestiges des cimes is to be seen until October 10 at the museum
Tweet
Share
Share
Pin