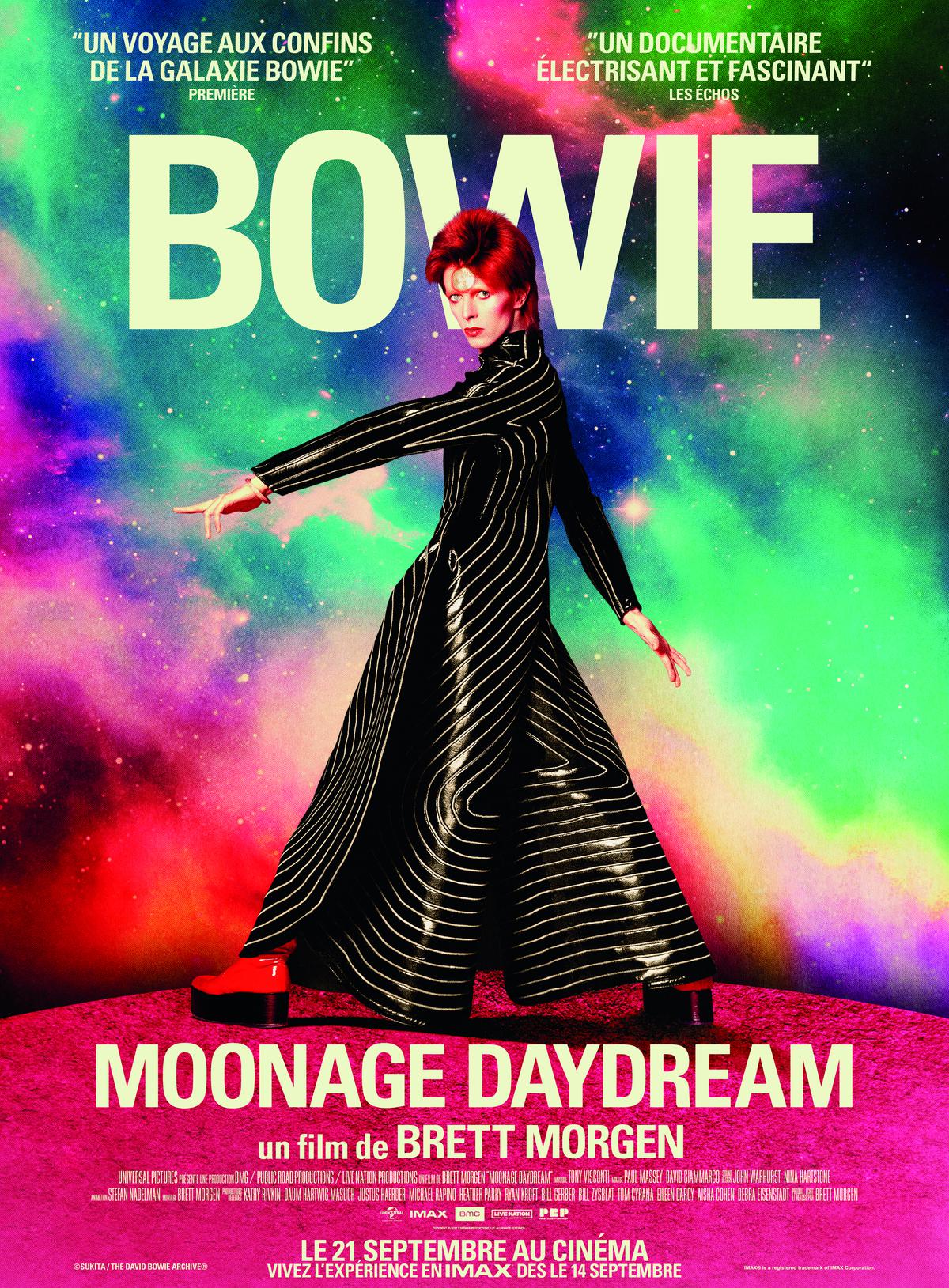 For the diversity of his work and the…

For the diversity of his work and the complexity of his personality, David Bowie deserved a separate film object, an evocation rather than an explanation. This is the bet taken up by “Moonage Daydream”, an extraterrestrial film, both enjoyable and cerebral, built like a psychedelic fresco.

Previewed at the Cannes Film Festival, “Moonage Daydream” (from the title of a 1972 song) is the 3e musical film by Californian documentary maker Brett Morgen. Classically crafted, his “Crossfire Hurricane” (2012) came as close as possible to the Rolling Stones myth. With the most avant-garde “Cobain: Montage of Heck” (2015), Morgen tried to penetrate the head of the leader of Nirvana, for a cine collage expressing the chaos and the suffering of Kurt Cobain. It is this same approach that presides here, more accomplished.

In 2015, the exhibition “David Bowie is” revealed the precision with which the singer and musician had archived everything from his 50-year career: artefacts, sketches, costumes, musical instruments, drafts of texts… And of course a treasure of audio and video recordings, methodically indexed and carefully stored. In this monumental corpus, Brett Morgen was able to dig as he pleased and unearth new sounds and images, which he then assembled into a virtuoso and exhilarating work. Welcome to the “Waking Dream of the Lunar Age”.

David Bowie himself is the sole narrator. Taken from various interviews, her voice recounts her relationship to existence, creation, death and spirituality. From the very first seconds, Bowie summons Friedrich Nietzsche: “Time, one of the most complex expressions there is. We are aware of a deeper existence than ours as individuals. Maybe it’s a way of reassuring ourselves that nothing has a beginning or an end. And we find ourselves wrestling with a mystery as deep as it is mysterious: does it matter? Does this concern me? “.

Awareness of mortality as the engine of life: creating, reinventing oneself, starting over… At 35, the restless Bowie had already published fifteen albums, embodied as many avatars, seduced the world of music, fashion and cinema, experimented with several arts and met a thousand challenges.

Concert excerpts feed this mystical spectacle built into a psychedelic fresco. Those of the “Ziggy Stardust” period, however fleeting, occupy a good quarter of the film. And the images – totally unpublished – of the tour of “Isolar II” (in 1978, following the album “Heroes”) are breathtakingly beautiful and powerful. The film swirls and unfolds everything chronologically, including the light flamboyance of “Let’s Dance”, the dark electro explorations of the 1990s, and the end of the journey: this death which occurred in 2016 and which Bowie himself had staged, as a final artistic gesture.

Remarkable, “Moonage Daydream” is a sensory experience that conceals the coherence behind the multiplicity of David Bowie and an underlying mysticism. Formally, some may see it as a two-hour clip. But even that makes sense, since it evokes one of the first artists to have blended music and image so well in the same “sound and vision” artistic gesture.

“I don’t seek for my films to deal with a given subject, but for them to become a personification of their subject”, summarizes Brett Morgen in his note of intent. Its invitation to an immersion in the world of the superstar is worth all the documentaries: one comes out of it stunned, with the feeling of having savored an unpublished work by Bowie himself.

“Moonage Daydream” by Brett Morgen, 2:05 a.m. In theaters this Wednesday, September 21. Also visible in IMAX in some cinemas.