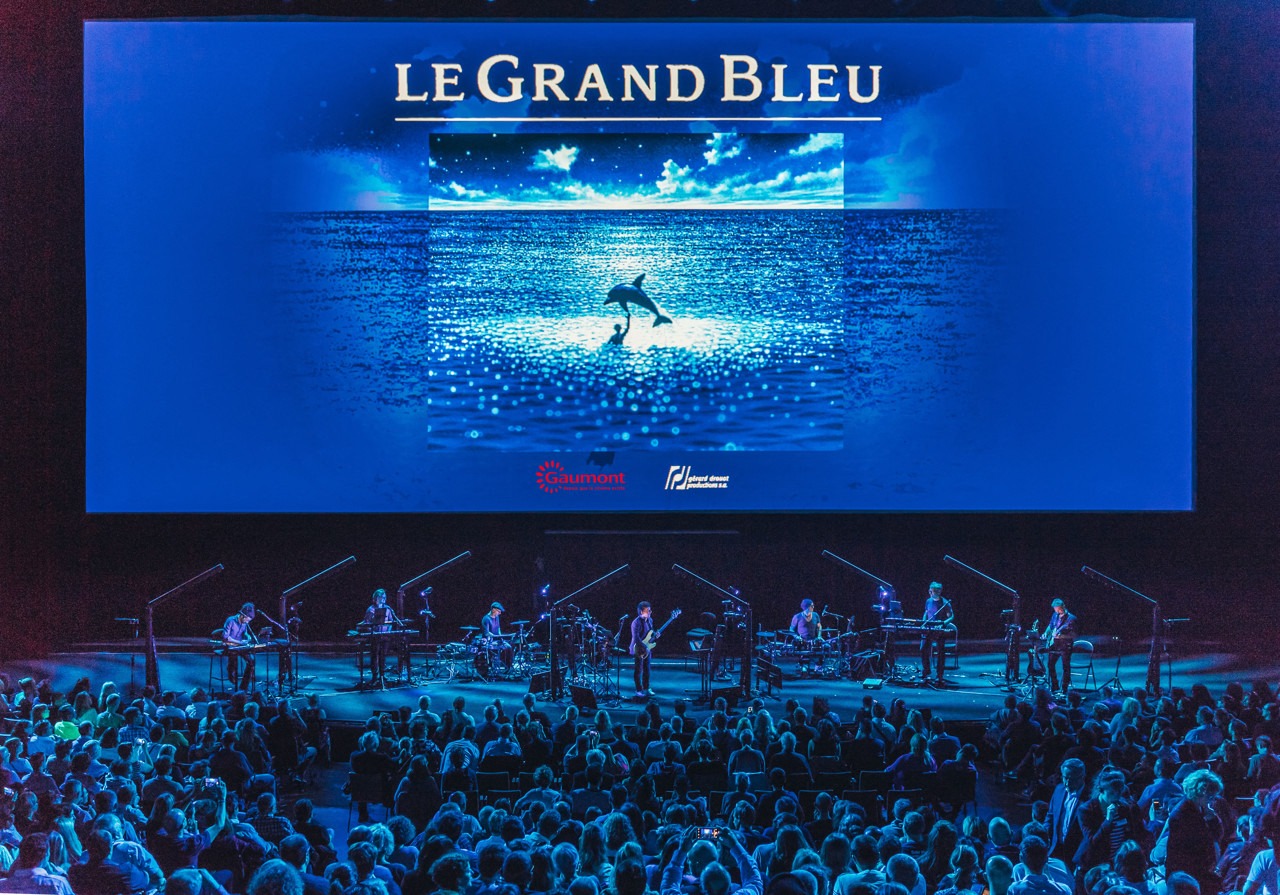 Eric Serra will be back at the Zénith de Rouen (Seine Maritime) Wednesday September 28, 2022 for a cine-concert consisting of playing the soundtrack of the film The big Blue during the screening of the film.

76news: You come back to Rouen, it was also one of the last concerts scheduled by the Zénith before the first wave of Covid…
Eric Serra: We had just left on tour and we were arrested on the fifth date, in Lille. Leaving the stage, I was told that everything was stopped. It’s extremely frustrating. We had made the dates of Brest, Caen, Rouen…
We postponed the tour for the first time, then a second to finally reschedule it in April-May and this time it was me who had to postpone it.

Did this waiting time allow you to improve the show?
No, he was already perfect (laughs). In fact, he was very precise, very to the point. A show is often perfectible. There it is a film which is projected and we play live and in a synchronized way to the image. We had achieved this challenge. I just hope to do it as well (laughs).

The orchestra was plunged into darkness. Have you thought about highlighting it a bit more?
It’s a cine-concert. If you light the musicians too much, it will interfere with the film.
Dimitri Vassiliu is in the lights. They are sufficiently sober and beautiful to see. The compromise is very successful. It even pushes perfection so far as to illuminate us in the same tones as the image that is projected. We are an extension of the image.

How was born the idea and the desire to offer this film-concert to the public?
The show was created for the first time on the occasion of the 30e anniversary of the film’s release, May 10, 2018. The idea, I have to give it back to producer Gérard Drouot who had it for several years. He had been telling me about it for five years and wanted us to do it. I didn’t see the meaning of a cine-concert. Are the people watching the film or the musicians? Gérard called me from time to time until the day he invited me to go see a film concert. I went to see and it confirmed what I thought: What interest? I still wasn’t convinced.
Over those five years, the more he insisted, the more it intrigued me. Every time I talked about this idea with friends, they all told me that it would be great to do it. I then decided to tell myself that it was I who was wrong. I agreed to try. There was a year of preparation and design, but as soon as I immersed myself in it, I was passionate.
We presented it at the Scène musicale on May 10, 2018. The success was enormous. It was Gérard Drouot who was right, and I said so publicly on stage.

Not a second of improv

It’s still a special exercise for a musician…
When I’m on stage, I take the pleasure of the musician. I am having fun and the public is happy. With my group we do a lot of improv. There, within the framework of the cine-concert, there is not a fraction of a second of improvisation. For two hours we play in sync. It’s kind of like the difference between Apaches and equestrian champions. Both are excellent riders but they have two different practices.
We rely on very precise scores. We play the original music to the note. We play on one click and from then on everything is identical to the original.

How did you work on the music for the film The big Blue ?
The adventure began three years ago. I had already done the music for Luc Besson’s first two films. And for three years the big Blue has been our whole life.
The first time Luc talked about the film was over dinner. He was talking about a feature film he wanted to make. At the end of this meal, he gave me a VHS showing Jacques Mayol’s 105-meter apnea record. There was Jacques Mayol’s voiceover commenting on his record. Until then, I did not know this practice. When I discovered this documentary, I was captivated by this guy. I found it magnificent, full of spirituality. It suited me well because I am both very athletic and very spiritual and I wanted to feel what this man was talking about, it fascinated me so much. I even snorkeled.
Luc trained Jean Reno and Christophe Lambert, since at the time he was approached to do Jacques Mayol. For two months we did just that. Luc wrote a version of the script during training, we also did location scouting in the Mediterranean. In fact, Luc wanted the actors to be able to have a minimum apnea capacity to be able to shoot the scenes underwater. I followed this training, I was passionate. After three weeks I had acquired 2.30 minutes of apnea.
What we feel in these moments are sensations that we do not experience otherwise. When I got the images and started composing, I was imbued with unique, strong emotions, thanks to that. And that gave the music of the Big Blue.

Was this article helpful to you? Note that you can follow 76actu in the My News space. In one click, after registration, you will find all the news of your favorite cities and brands.

Cine-concert at the Zénith de Rouen: the music of the Big Blue played live by Eric Serra