The magnificent cinematic testament of the Korean director, a film of crystalline purity about love, desire and obsession, inside a dream confused with reality. Out of Competition

How much truth is hidden in the title in Kim Ki-duk’s latest posthumous film presented Out of Competition in Venice. A title that touches the end and then returns to the beginning. Call of God is a small black and white film, with a short duration, with a plot so thin that it is evanescent. Graceful, cruel, at times violent, depository of a crystalline purity. Kim Ki-duk’s are always love movies. For a woman, for a land, full of the need to release the energies of a wild, uncontrollable emotion in the gaze. Written and shot by the director, the project was completed after his death in December 2020 by his closest collaborators, this time in a country far from Korea (a production by Estonia, Lithuania, Kyrgyzstan), with the same innocent amazement and the same ability to make the message universal anywhere in the world.
In the work of the Korean director there is a break due to the trauma matured after the filming of Dreaman accident that took place on the set that almost caused the death of the protagonist, sublimated three years later in the cathartic and suffered Arirang. From Dream this last work inherits the dream matrix, but the dream is no longer the representation of an ethereal symbiosis, it becomes clairvoyance, premonition. Call of God (Kõne taevast the original title) has two protagonists, a man (Abylai Maratov) and a woman (Zhanel Sergazina), who meet in a woman’s dreams. Until a mysterious phone call divine he wakes her from sleep and tells her that the dream will become real and will go on as long as she feels like it.
We were talking about the beginning. A self-taught director or almost, Kim Ki-duk’s cinema, especially at the beginning, was oriented towards spirituality rather than form. The echo of the drive here seems to come directly from films like The bow And The island, minimal, powerful, full of delicacy and pain, overwhelmed by unstoppable passions. The desperate song of love, sick, obscene brings to mind instead of the most recent productions, from Compassionawarded in Venice with the Golden Lion, a Moebius, where the bodies already take on another formal consistency and leave trails of blood. The condensate is a genealogy of desire, the love at first sight, the first kiss, the eroticism given physical contact, the skin that burns with every little stimulation in the intercourse. Then the nemesis, jealousy, mania for control, obsession, blows, and the bitter truth of a bond that invades the soul and makes it capable of abject actions. For some detractors, the director’s limit was an implicit moral background, here too no trace seems to remain, erased by a skeletal writing and by the urgency to encode the unfathomable, to film the magic of an encounter in the inconsistency of reality. , without expressing judgments of merit, suspended on a cloud, weightless as happens in Iron3. A vision of maximalist, all-encompassing love, dictated by the desire to play ardent notes and send the entire orchestra to death, the only score capable of appeasing an inexhaustible appetite. 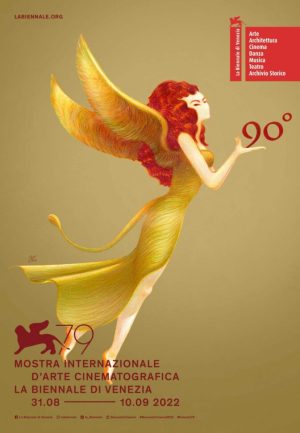