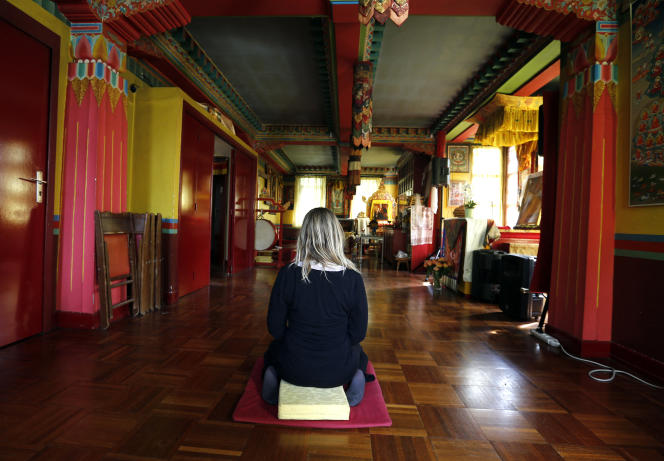 “Exploitation of workers, sexual abuse, child hostage…” Such a lexicon seems far removed from the teaching of the Buddha. It is for such reasons that the Belgian Robert Spatz, also called Lama Kunzang Dorje, founder of the first Tibetan Buddhist center in France and in Europe, was sentenced to five years in prison suspended in 2020 by Belgian justice. His story is at the heart of the documentary Buddhism, the law of silencebroadcast this Tuesday evening on Arte (and already available online).

Read also: “Buddhism, the law of silence”, on Arte: a backward look at the philosophy conveyed by the Dalai Lama

The investigation, led by journalists Elodie Emery and Wandrille Lanos, also looks back on the abuses committed within certain centers of the Rigpa network, founded by the Tibetan lama Sogyal Rinpoche (1947-2019), and denounces the silence of the Tibetan Buddhist authorities. who have been silent on these subjects for a long time. Can such a documentary help free the voices of potential victims within Buddhism? Interview with Antony Boussemart, co-president of the Buddhist Union of France (UBF).

What did you think of the documentary?

The broadcast of this documentary is excellent news. It is essential for victims that their voice be heard. This documentary will perhaps have the salutary effect of freeing speech. If other cases exist elsewhere, I hope that this will encourage victims to file a complaint, and that this will encourage the police to register their complaint. This investigation is therefore welcome from this point of view, I hope that it can serve as a spur to give courage to possible victims who have not yet come forward.

On the other hand, what bothers me in this documentary is that it talks about the “system”. I find this very dangerous, because it suggests that, behind the few cases mentioned, there is a Machiavellian organization, which is obviously not the case. It is not because there are excesses in a swimming or figure skating club that we should cast opprobrium on all these disciplines.

The documentary also speaks of “dogmas”, but there are no dogmas in Buddhism. I’m always a bit embarrassed when people talk about “buddhism”: it gives the impression that it’s a monolithic entity. It would be more accurate to speak of “the teaching of the Buddha”. Even if there is a common base, the teaching as it is put into practice in the countries of Southeast Asia is different from that of Tibet or Japan, for example.

The facts reported by the documentary took place within communities claiming Tibetan Buddhism. How do you interpret the silence of the authorities of this current on cases like that of Robert Spatz?

You have 69.14% of this article left to read. The following is for subscribers only.

“Buddhism, the law of silence”, on Arte: “This documentary will perhaps have the salutary effect of freeing speech”