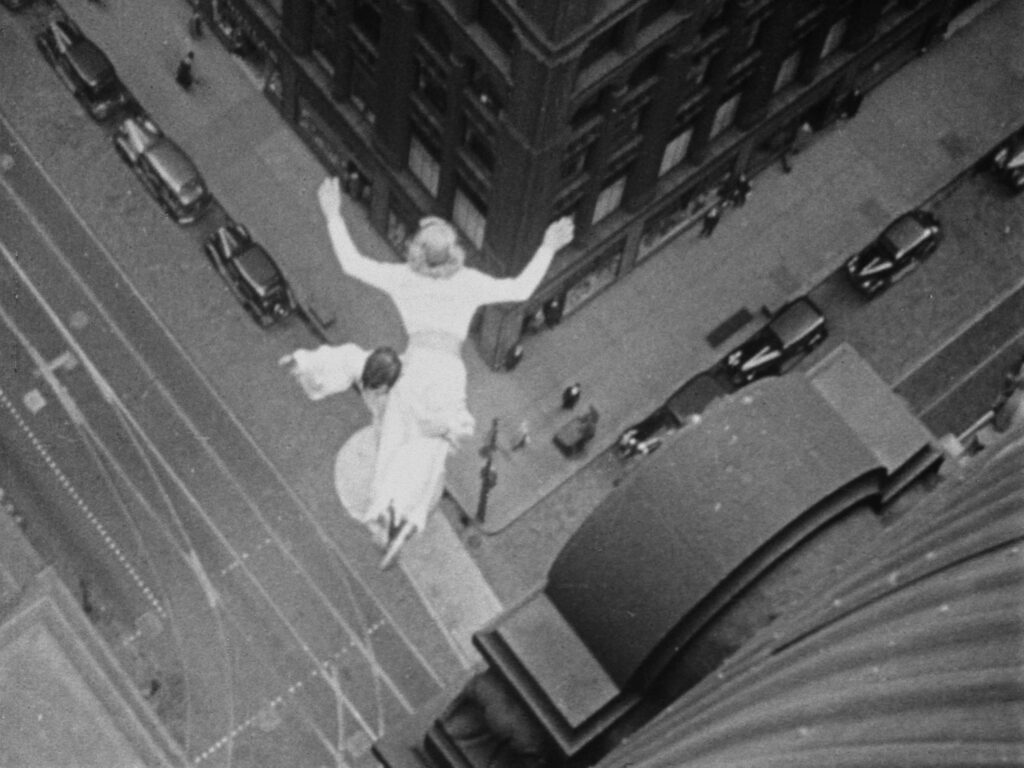 Bruce Conner is not an easy artist to exhibit, due to the fragile and short-lived nature of a good part of his works, frequently made with waste and leftover elements, and because he is difficult to classify: he does not respond to the stereotypes with which we contemplate from here American art does not travel solely in the field of poetry, criticism or spirituality; he was a creator voluntarily distant from the market and very free, in the handling of techniques but also in that of ideas, as well as one of the most perceptive of his generation, that of those born in the thirties.

He worked in constant self-review, from his conceptual practices in the initial decades of the sixties and seventies to his performative pieces, and both his plastic and cinematographic work are often based on the compilation of fragments of diverse origins and on the use of constant material and thematic elements, such as nylon stockings, the atomic mushroom, bombs and references to the consumer society and the nuclear threat, issues very present in the post-war social environment in which Conner began his career .

Good connoisseurs of his work recommend understanding him as a confluence of characters and thoughts present both in American society as a whole and in the artists who shared a context with him, not only as the fruit (and also) of his individual genius. We can say that he handled a peculiar sense of beauty, related to the tragic past or to happen, and he developed each of his projects as if it were his own universe and differentiated from the rest of his proposals: assemblages and collages, punk photographs , very fine works on paper and films that may have a lot to do with each other, but separately and if there were no labels we could award them to others. In addition, it becomes evident that, without exception, his pieces are the result of slow and meticulous processes; he was not Conner’s fan of quick resolution and he was obsessed with details.

Nine of his experimental films, representative of his interests, can be seen until April at the Tapies Foundation Barcelona, ​​within the framework of the exhibition “Light from darkness”. These are films that he made from his own images and also taken from newsreels, documentaries or trailers: they point to issues such as the violence present in American culture, the objectification of the female body or the aforementioned nuclear holocaust, issues that are absolutely present in the whole of his career.

His first film, called precisely Movie and produced for only three dollars in 1958: it is a collage of found footage selected from newsreels, B-movies and graphic animation. Conner proposes a deconstruction and reconstruction of cinema and its narrative techniques based on hyperstimulation effects, opening fades, chained fades and persistent images that defy the limits of retinal perception. To get used to the idea, chase scenes with cowboys and caravans from the West were assembled with others of elephants, steam engines and automobiles in a race without rules that generates accidents and disasters. A submarine captain looks through his periscope and spotting a pinup girl launches a torpedo that sets off the atomic bomb.

To the assassination of Kennedy refers REPORT (1963-1967), which begins in Brookline, the president’s hometown and where the artist lived at the time. This piece is subdivided into two parts, about death and myth, but above all it induces us, through images of mass publicity, parades, footage extolling the war and flashbacks of the crime scene, to become aware of the way in which The mass media and entertainment culture influence our perceptions.

It is also projected LOOKING FOR MUSHROOMS (1959-1967), which refers to Conner’s experiments with psychoactive psilocybin mushrooms used in ceremonial vigils in Mexico, where the artist lived in the 1960s. In this project, later redone, fireworks are evoked through psychedelic effects and subliminally perceptible still images. A decade later the American would give way to TAKE THE 5:10 TO DREAMLAND, with a much more poetic look: the piece is made up of a succession of cinematographic sequences that are much more static than the previous films; it is punctuated by black spaces, fades, and fades to black. Water, cloud and skies coexist with personal experiences and symbolic portraits in a work that is nourished by a composition by Patrick Gleeson, a pioneer of electronic music.

The most autobiographical proposal dates from 1978: SAD WALKET. Set to music by Sibelius, Conner used film footage from the 1940s to articulate dream sequences that reflect what it was like growing up in the rural Kansas town of McPherson. At first we see a sleeping boy, then we delve into his dreams by way of surrealism and symbolism: a locomotive is followed by scenes of mines, a rotating globe, sunlit clouds and female gymnasts. And in that same year it is dated mongoloida work derived from his connection with the punk counterculture: he intersperses everyday scenes, advertisements, ornamental and abstract forms.

The exhibition ends MEA CULPA (1981), recycling animated graphics from historical physics teaching films and CROSS ROADSwhich alludes to nuclear tests carried out on Bikini Atoll in 1946: Conner used footage of the second bomb that until then had been stored in the National Archives in what it supposes a possible visual representation of the nuclear apocalypse.

The exhibition, organized together with the Swiss Museum Tinguely, emphasizes the symbolic duality in the American production between light and darkness, with mystical or metaphorical allusions.

Bruce Conner and symbolic light, at the Fundació Tàpies