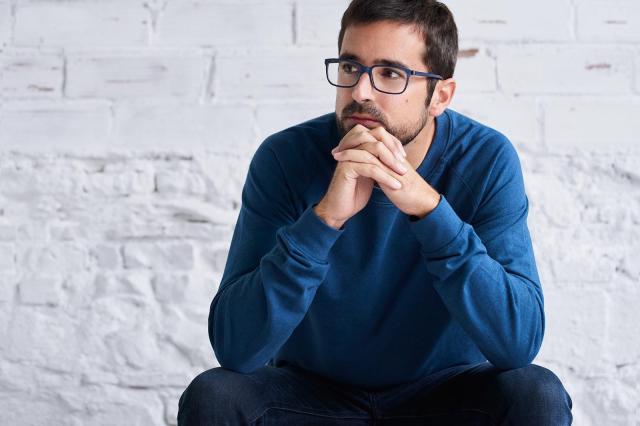 A Sioux proverb says that religion is for those who are afraid of going to hell, while spirituality is for those who have already been in it. Nobility obliges I must clarify that, in this interview, we talked a lot about it, but what does it mean to be spiritual?

For many it seems to be something of the new age, separated from us, belonging to groups of people who speak softly, short and wear white. Nothing further from reality. The word spirit comes from Latin, from the verb spirare which means breathing, therefore, a spiritual being is anyone who breathes. And that covers all of us humans..

That being said, we can delve deeper into the universe of Borja Villaseca, Catalan writer and motivator who, in addition to having more and more expansion in the world –especially in Spanish-speaking countries–, is presenting his book ‘Casualidades do not exist – spirituality for skeptics’. In it he states that, “We are experiencing an unstoppable historical event where every time people believe less in religious institutions and yet are increasingly in touch with their spiritual dimension. And that is because wisdom is being democratized.”

Vilaseca is a faithful committed to provoking and inspiring other seekers. As he himself admits, he failed so many times with different endeavors that he learned how not to do things. At only 41 years old, he teaches master’s degrees and conferences on personal development internationally, he founded ‘Kuestiona’, an educational community for awakened people and devised ‘Terra’, a project of conscious school whose purpose is to revolutionize the educational system.

–In your book you claim secular spirituality to awaken consciences. How would you define that spirituality without religion?

–Spirituality is secular, because it is our true nature. The soul, the essence, is not Christian, Jewish or Muslim. Spirituality has been hijacked by many religious institutionswhich have had purposes such as the accumulation of power, conquering our minds, hypnotizing us and a little socially controlling us. What the book intends is to question religious and atheistic beliefs as well and present spirituality, not from beliefs, but from experience..

– Within that experience is mysticism?

-Exactly. The greatest enemy of religion is not atheism, it is mysticism, because it has to do with self-knowledge. Where would religious institutions be if people woke up and realized that they don’t need intermediaries to reconnect with God and spirituality? Making this path of reconnection is what allows you to get up in the morning and enjoy this wonderful gift that is life..

What is the essential being?

–Right now when we talk about our identity, it is led by the Self, which is where we project our beliefs, thoughts and emotions. That I is illusory and also a prison. We identify with the ego, we create a personality that is a reflection of the social and family environment where we were born and educated, in order to adapt and survive. The essential being would be a little bit of what you have left when you are removing all those layers of onion and you are disidentifying yourself from everything that you are not. Paradoxically there one rediscovers oneself, but not as a subject, but as a neutral and impersonal presence. Within each of us there is a spark of divinity and when we are connected to the source, we feel united to the whole and unity consciousness ensues.. This reality is called God. For me, in the end, spirit, soul, essential being, conscience, presence and God are synonymous.

–When we enter the path of self-knowledge and free ourselves from the chains, is there any price we have to pay for that freedom?

–Yes, there is nothing free in this life, otherwise the whole world would be enlightened. There are many tolls, but they are only for the ego. At first, we are so identified with this normative reality that we have created and that gives us a false sense of security, that we believe in the massive hallucination of the system and of society, but everything is an illusion. Reality is governed by fantasies: unreal things that we believe to be real end up being our reality. The price you pay is to delve into a path, at first dark, because we have not received spiritual or emotional education, therefore, we don’t know how to navigate within ourselves. It is extremely painful and uncomfortable to know oneself, because it confronts you with the ego and with traumas.. There comes the dark night of the soul, which is the moment when your level of discomfort is higher than your fear of change, all of that is part of the process. The most difficult point is the beginning of the path of awakening, after which it is almost all good news.

–We tend to have the concepts of self-help and self-knowledge closely linked. In your book you make a big difference, could you explain it?

–I also talk about the difference between travelers and tourists, the same analogy is valid for self-help and self-knowledge. Traveling is a transformative experience that takes you to new and unknown places and to get out of your comfort zone.. Then there is tourism, which we are not going to demonize, but it is something else entirely. You simply move from one place to another, in a safe and comfortable environment and return just as when you left. Self-help for me is trivialization, the prostitution of self-knowledge which, of course, has its function of opening the way and reaching the masses. But a lot of times people just slap one book after another, take courses, and stay very much on the surface of things. However, self-knowledge leads you to spirituality, which is the most therapeutic thing to be able to overcome this epidemic of depression, emptiness and discomfort that is devastating humanity.

–According to your perspective, what is the fundamental thing to do in this new land or paradigm shift that we are experiencing?

-For me it’s a bit to continue with your life, but dedicate at least one hour a day to work body, mind and spirit. A little bit of introspection to be able to reconnect, call it what you want: meditation, contemplation or inner listening. And, especially for this new land, as you say, you have to do something very revolutionary, which is to follow your happiness. The Being is a seed that is flourishing and guides us, but it does not do so with words, but rather with very subtle sensations that have to do with intuition and listening to that inner voice that whispers to us. Many times that voice wants to take you down paths that scare you, because it is not what your parents expected of you, because there are no guarantees or you do not see the way to monetize it, that is why very few people dare to be true to themselves. . In general, we live very disconnected.

–How do we realize if we are disconnected?

-Easy. You feel empty, something is always missing, your mind races, you start to create conflicts with reality, you collide with other people, you enter a spiral of destructive negativity, you don’t know how to manage your emotions and you seek constant narcotization and evasion, generally with noise and many people. When you are connected, you realize that we do not control anything and that, in reality, life is living us. There you stop interfering to start marvelingbecause you are seeing that everything is perfect, necessary and has a transcendent meaning.

–When are we going to see your one-person stand-up show in a theater?

–Oysters! I would love to. I confess that I already have a monologue, not entirely written, but I do have a compilation of many funny moments that have come out in talks. You still have to see the common thread, but I already have the title, it’s called ‘Catharsis’ (it could also be with K, I don’t know) but what I can tell you is that it will take me an hour and a half laughing at myself. I would love to present it, even in Argentina. I was there in 2020 and it is the most crowded course I have done in my life. I would like, once a year, to cross the pond and do a tour of lectures, seminars and the theater monologue, it would be very therapeutic for me. I am deeply grateful for telling me, because I take it as a nod to life, telling me that it is there.

Borja Vilaseca: “Spirituality is secular because it is our true nature” | UPR

Hilda Strauss, the great lady of television and radio, has died
Daniele Gatti and the spirituality of Metamorphosen | Chronicles Salerno
Who is Yulia Vitazyeva, a Russian journalist who is often a guest on Italian TV talks
Tweet
Share
Share
Pin