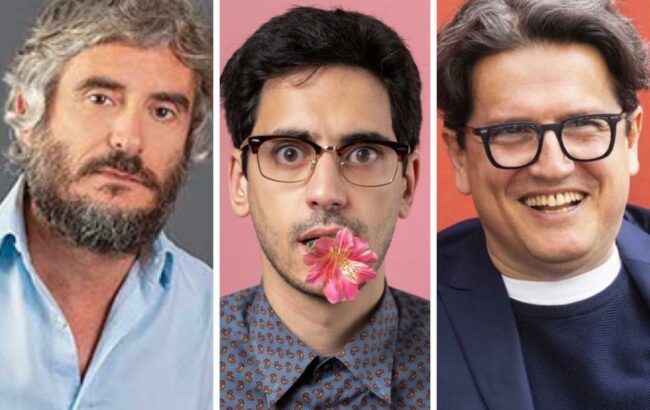 TOLENTINO – The three-day festival of humor and satire opens on Thursday 24 November. An edition dedicated to the theme of nostalgia with three afternoon insights and two philoshows at the Vaccaj theater. New is the assignment of the Comedy report recognition to new languages

Everything is ready for the 2022 edition of Biumor, the Tolentino humor festival directed by Lucrezia Ercoli which this year will take place from 24 to 26 November. Three afternoons of study and three evenings with dozens of guests and two philoshows dedicated to the theme of nostalgia. Among the novelties of this edition the “Comedy Report”, a recognition born with the desire to assign a prize to the new forms and languages ​​of comedy at various levels and a hyper-technological exhibition “Autres Regards” to be enjoyed simultaneously in presence and elsewhere. 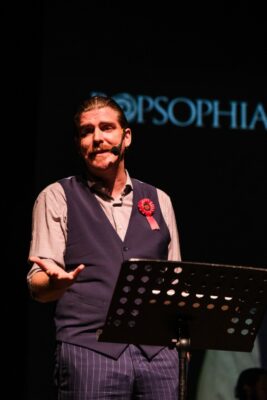 THE NEW COMEDY REPORT – The novelty of the festival is the Comedy Report award. In fact, the biennial of humor in art was accompanied by an award that could interpret and enhance the most advanced forms of humor, satire and comedy. that speak to the new generations, from the web to TV series, from social networks to memes. An award that is aimed at young people and that supports their forms of ingenious creativity. For the first edition of the award, the jury selected a trio of names that have literally revolutionized the language of their sector by creating a new form of expression. The award ceremony will take place in the introductory evening of the festival at the Nicola Vaccaj theater and will be assigned to the comedian and writer Valerio Lundini, author of the tv show “A piece of Lundini” a real dazed and surreal nonsense show that has been able to create something completely new and never seen before. A form of comedy that makes you laugh for the intelligence of the writing, for the pose of the character and for the unveiling of mechanisms between reality and fiction. For the innovation of the language of comedy on social media, the prize will also be awarded to Federico Palmaroli, creator of the page “The most beautiful phrases of Osho”. Palmaroli has created a real language and a plot by assigning to the mystic “Osho” ​​the phrases of the common feeling of a certain popular Romanity, expressions that we all repeat without even realizing it and has associated them with the spirituality of the Indian mystic. Finally, a third recognition will be awarded to Alessandro Garramone, author of the Netflix TV series Wanna which tells about the functioning and success of the best known Italian scam, that of the Wanna Marchi system. A TV series that contaminates the languages ​​between film narration, documentary and journalism.

THE PROGRAM – The festival opens Thursday 24 Novemberand at 18 with the philosopher Riccardo Dal Ferro that at the Politeama theater will introduce the theme of this year’s edition, nostalgia, with a lectio in which he overturns the perspective: not a feeling within which to be lulled into the memory of the sweetness of a mythologized past, but a prison from which to escape in order not to get stuck inside its spiral. And it is precisely to the spiral and its graphic sign that refers to the repetition of an always the same time (symbol of Popsophia). the “Autres Regards” exhibition a thought on display that will remain open during the opening days of the festival. It is a virtual artistic installation that showcases a thought and is navigable through 3D viewers with a great sensorial impact. At 6.30 pm to introduce it before the cutting of the Evio Hermas Ercoli ribbon. At 9.30 pm at the Nicola Vaccaj theater the special award ceremony for the Comedy Report award. The winners, Valerio Lundini, Federico Palmaroli and Alessandro Garramone will be interviewed by Lucrezia Ercoli for an evening with many unpublished materials, which will tell the philosophy of the comedian through his new languages.

Friday 25 November the festival comes alive with the afternoon at the Politeama starting at 6 pm with reflections related to the theme of nostalgia: Eleonora Caruso, writer and author and expert in manga and comics, together with Andrea Di Lecce they will try to explain how has changed the way we approach cartoons and TV series through binge watching and how platforms like Netflix have changed that collective 90’s ritual when we all sat at the same time in front of the TV to see the latest episode of the first TV series and how it has also changed the concept of “nerd” in the world of comics. Among the images that most evoke the magical world of childhood there is certainly that of the figurines, with that search for missing pieces that solidified friendships and created bonds. Leo Turrini, journalist and writer retraces the history and human and entrepreneurial events of the Panini family, symbol in Italy of the homonymous figurines known to all old and new children. At 9.30 pm the event moves to the Nicola Vaccaj theater for the first of the scheduled philoshows: “Nostalgia di Zocca, philosophy of Vasco Rossi”, a musical and philosophical show around the figure of the Emilian rocker who through his songs has been able to talk about lost time and nostalgia for our past days. In addition to Lucrezia Ercoli to animate the show we find Leo Turrini, a fan of the first hour of Blasco, when he still did not fill the stadiums and had only an audience of 3 paying spectators and a connoisseur of anecdotes and stories of the myth of Italian rock.

Saturday 26th Novemberthe last day of the festival, opens in the afternoon with a series of meetings of interest and charm: starting at 6pm Carlo Cambi, food and wine expert and writer, will address the theme of nostalgia for flavors that becomes nostalgia for good manners and some ritualswhile to follow Giulia Ciarapica, writer and book blogger will talk about the topos of nostalgia through some literary texts linking the feeling to the places of origin. In the end, Tommaso Ariemma will take us into the world of TV series from Blade Runner to Stranger things analyzing how new technologies are hyper-producers of nostalgia that multiply our frustration towards a near as well as distant past. The closing of the festival is entrusted to the second philoshow in the program, an unpublished show created and designed specifically for the festival entitled “Nostalgia for the middle earth”, a journey into the world of fantasy with an exceptional guide like Licia Troisi. The host of the Rai 5 Terza pagina tv program, in fact, in addition to being an intellectual, is also a highly regarded fantasy writer with three fantasy trilogies dedicated to the “emerged world” and numerous sagas from “The dragon girl” to “The kingdoms of Nashira”, books translated all over the world. The show in addition to analyzing some of the most famous sagas such as Harry Potter, The Lord of the Rings, will also return to the origin of the genre with classics such as The Neverending Story, up to address some themes of the boundless lands and a focus on the monstrous. For the occasion, the music will be performed live by the Factory band enhanced by a violin and a keyboard compared to the traditional ensemble.

The image of the festival is entrusted to a reinterpreted work by René Magritte “Reproduction prohibited” that shows a man from behind who looks at himself in the mirror and instead of his own face sees the nape of his neck and shoulders reflected. A surreal image of a mirror that does not mirror but shows ‘the past’ rather than the future and becoming emblematic of the inability to look to the future, but to infinitely return to the past and to what we have behind rather than to what we have front.

Biumor 2022 presents itself: prizes to Valerio Lundini “Osho” and Garramone