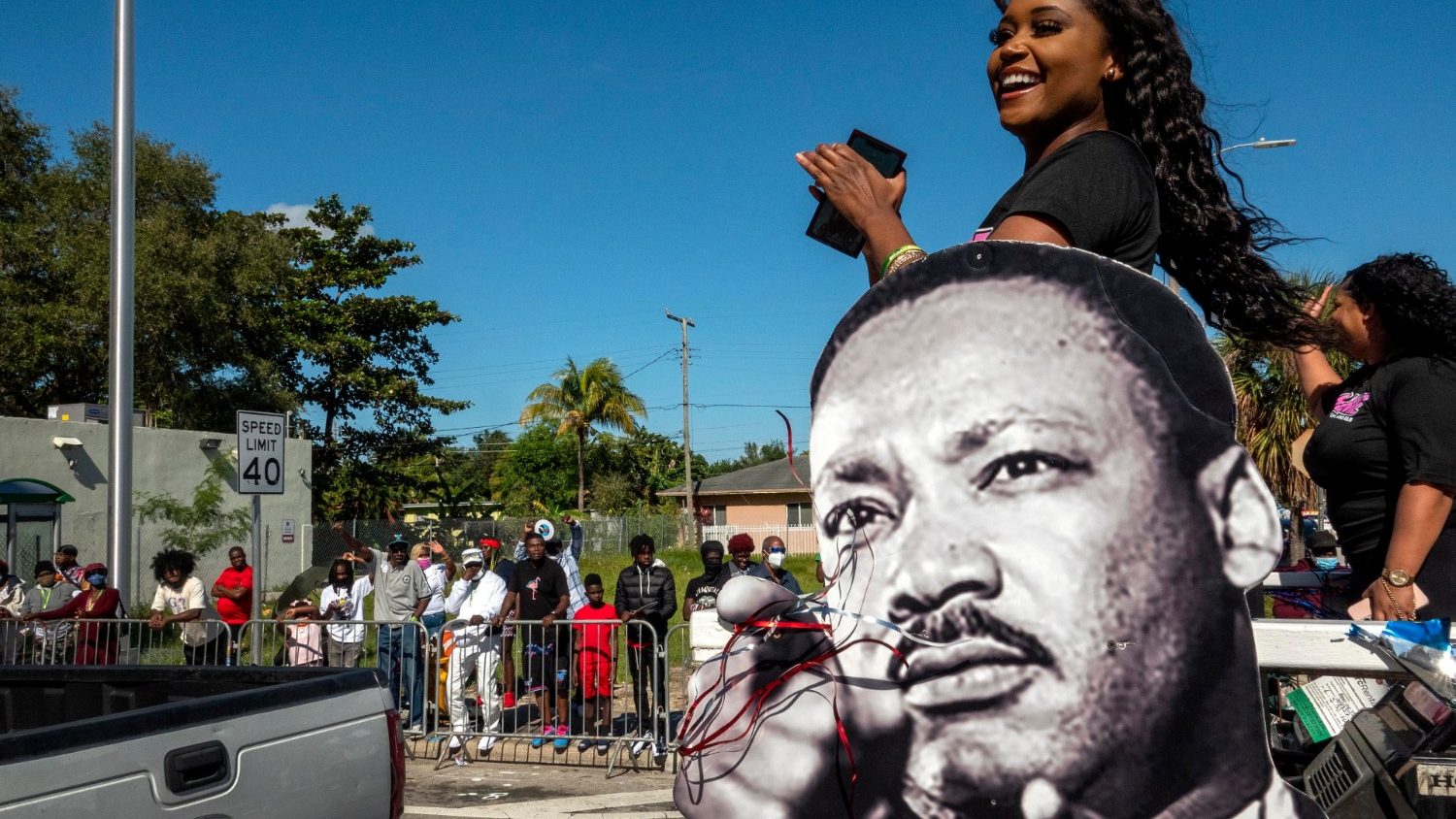 Daughter of human rights activist assassinated in ’68 calls on Americans to unite as a community to transform systems that perpetuate inequity: Religious leaders like Pope Francis can offer a positive message to promote non-violence

“Texting is so important. The messages of non-violence, peace and compassion conveyed by Pope Francis and shared with the world are important to us.” Dr. Bernice Albertine King, founder of The King Center, offers some reflections in an interview with the Vatican media, on the day when the United States celebrates “Martin Luther King Day”. Since 1986, this federal holiday has commemorated the legacy of the activist who was assassinated in 1968 and invites everyone to follow in his footsteps to improve the community in which he lives.

A community of love for a peaceful world

The theme chosen for 2023 by The King Center is “Cultivating a Community of Love Mindset to Transform Unjust Systems”. Dr. King, the Baptist minister’s youngest daughter, says the theme embodies her organization’s vision of promoting “a community of love where injustice ceases and love prevails.” “As we reflected on where the world is today on the issues my father would call the banner of the triple evil – poverty, racism and militarism – it seemed to us that some things were repeating over and over again” is the consideration of King, who argues that rather than following this vicious circle, Martin Luther King Day is an incentive for American society to build a “just, humane, equitable and peaceful world”.

However, Bernice King observes again, a better society can only be achieved by cultivating a new mentality that embraces the concept of a “community of love”. The goal, she adds, is to transform unjust systems – such as “colonialism, apartheid, racism, genocide, greed, militarism and selfishness” – into a community where every member is valued and recognized in her specific dignity.

Bernice King urges recognition that we are all interconnected in our common humanity and that we can disagree without belittling one another. “We can collaborate – she says – without compromising on issues such as justice. We can make sure that the means by which we try to achieve something is in line with the end. In other words, it is not possible to achieve a peaceful end through violent means”. People-centred government policies are another tool for achieving a “community of love mentality”. And love, says Martin Luther King’s daughter, must be the basis of every effort for the common good, the fuel to generate non-violence.

Religious leadership against the moral crisis

Martin Luther King was a Nobel Prize winner, a third generation Baptist minister, and his Christian beliefs influenced his fight for human rights. On religion’s role in uniting communities on social justice issues, Bernice King says religious leaders can “together, inspire change rooted in love, which seeks to create a just, humane and equitable world.”

The beauty of religion, although there are different religions in the world, is that it transcends individual doctrines, because there are universal themes that are important to all religions: love, peace and justice are among them.

Bernice Albertine King quotes Father Pierre Teilhard de Chardin, a Jesuit priest and philosopher of the 20th century, to affirm that at the basis of our desire to build a more just world is spirituality: “We are spiritual beings living a human experience. We are not human beings having a spiritual experience”.

As Christians, Jesus has entrusted us with the task of being both light and salt of the earth, Dr. King noted. “Being light – she observes – demands that we be guides, that we indicate the path, because light is a guide”. And as for salt, “it preserves and gives flavour, it preserves the nutrients we need”. Therefore, he continues, as Christians we must work to preserve humanity and its founding values, “love, respect and dignity” , which never go out of style. “We must take the lead – Bernice King insists – because our world is experiencing a moral crisis. It is experiencing a spiritual crisis. And those of us who are people who live according to the spirit should take on a role of guide in order to ensure those principles and values ​​which are essential for the survival of our humanity”.

Berenice Albertine King has met Pope Francis twice, who sent her one in 2021 letter on the occasion of Martin Luther King Day. He considers his repeated calls for peace, non-violence and compassion an important contribution to the creation of a better society.

For Martin Luther King’s daughter, instead of the negative messages we continually receive from movies, news, music and commercials, Christian leaders must deliver a message to humanity today that is pervasively positive. “I think it is important that those of us who speak like this do so insistently”, she concludes. “There are people in the world who listen and pay attention to Pope Francis’ message”.