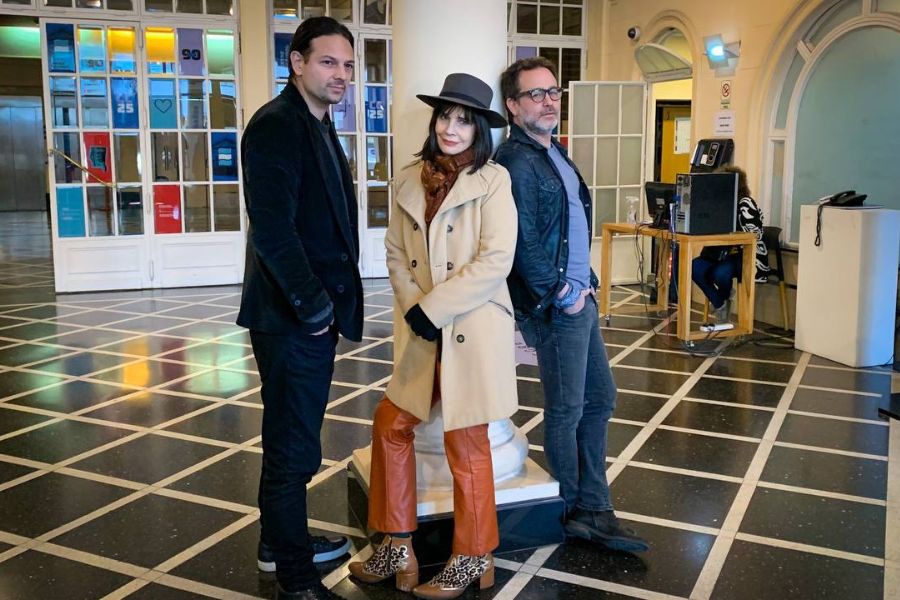 Tears of Fire, directed by Gabriel Grieco and with the participation of Fabiana Cantilo and Gastón Pauls, will begin filming in Buenos Aires on July 11.

The Ministry of Culture of the City of Buenos Aires, through BA Audiovisual, is accompanying the filming of a new film: “Lágrimas De Fuego”, by Gabriel Grieco, whose filming will begin next Monday, July 11, and which will star Fabiana Cantilo with Gastón Pauls and Inés Estévez.

This is the seventh film by director Gabriel Grieco, and it is based on an original idea and script by Fabiana Cantilo, who will debut, this time, as a leading lady on the big screen. The plot of this tragicomedy narrates how spirituality, music and friendships will help the protagonist, recently released from a psychiatric clinic, to resume her life, face a dark past and reunite with her daughter. The film has the support of INCAA and the accompaniment of BA Audiovisual, from the Impulso Cultural platform of the Ministry of Culture of the City of Buenos Aires. Florencia Peña, Pipo Cipolatti, Julia Zenko, Marisa Mere, Santiago Montes de Oca and Victoria Aragón, among other actors, will also participate. The production will be in charge of Crep Films (Gabriel Grieco’s production company) and will have an outstanding original soundtrack composed by Fabiana. Filming will last a month and its premiere is expected by mid-2023.

“For the Ministry of Culture of the City of Buenos Aires, it is very important to accompany audiovisual projects. In addition to the human value they carry, and the symbolic importance for the development of our culture, they have great value in the economic dynamics of the city. The sector that recruits the greatest cultural employment is the audiovisual sector: such is the case that they employ close to half of all cultural workers. In addition to promoting the city brand with its locations because more than 40% of the films that are produced in the country per year are filmed here in the City of Buenos Aires”, said the Minister of Culture of the City, Enrique Avogadro. And he added: “That is why, from BA Audiovisual, we articulate programs and tools that help to further promote this sector. The objective is to encourage the circulation of audiovisual productions, generate more exhibition possibilities and promote the participation of residents so that cinema is, as always, a boom in the cultural life of the city. We hope that there will be many more projects that can be carried out because national production companies today have a new tool that is BA International Production. This tool has important economic benefits for production companies that have international projects”.

“From Impulso Cultural through areas such as BA Audiovisual, the Buenos Aires Film Commission and Patronage, we accompany the audiovisual sector in the development of its projects in its different instances and different characteristics, but always with the aim of promoting the industry more and more. , an important source not only for art and culture, but also for the development of the City’s economy,” said the General Director of Cultural and Creative Development Mora Scillamá.

BA Audiovisual is an area of ​​the Impulso Cultural platform of the Ministry of Culture of the City that supports the audiovisual sector of the City of Buenos Aires. It encourages the circulation of audiovisual productions, generates more exhibition possibilities and promotes the participation of the neighbors. With the aim of stimulating and facilitating national film circulation in the City, BA Audiovisual proposes different initiatives aimed at the sector and empowers them to bring national cinema ever closer to residents.

Through BA Audiovisual and its BASet system, a total of 1,361 filmings were carried out between 2019 and 2021 in the city of Buenos Aires. In order to provide the necessary tools to promote audiovisual productions in the City, together with the Buenos Aires Film Commission, a professional guide and an online location catalog were consolidated.

BA Audiovisual accompanies the filming of a new Argentine film

A samurai gives lessons at the Bernay dojo
Photographer Lea Colombo waltzes with colors and bodies at 3537
What to do in Languedoc Roussillon: top places and activities!
Tweet
Share
Share
Pin