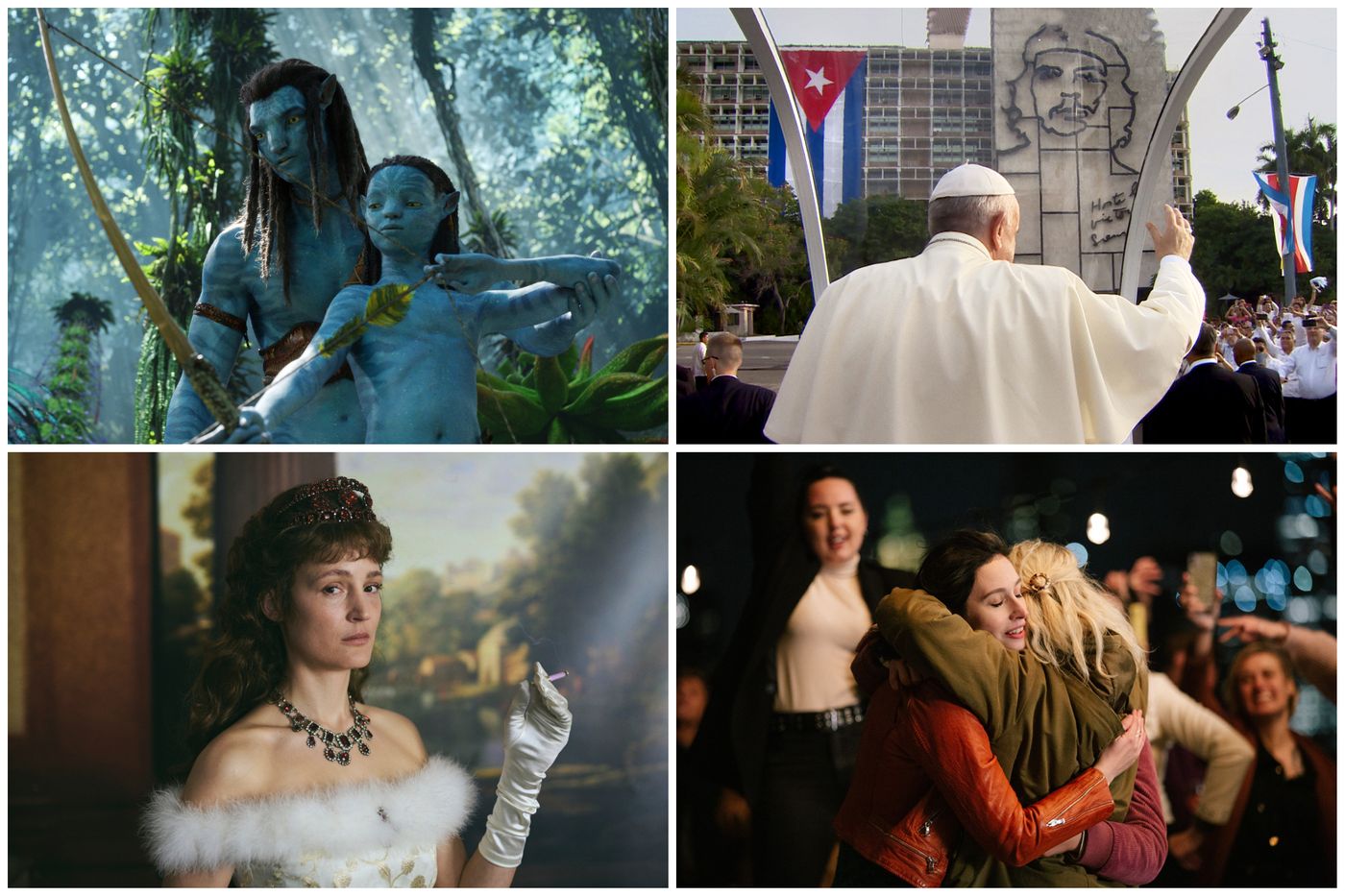 ♦Avatar. The way of the water *

Thirteen years after the triumph ofAvatar, the sequel to James Cameron’s spectacular science fiction film, is being released in cinemas, eagerly awaited by its millions of fans and cinema operators. A phenomenon that combines steamroller marketing, state-of-the-art special effects, family praise and advocacy for nature. If the experience of cinema is held, it will undoubtedly be necessary, in the sequels to come – three other films are already planned… – to deploy a little more effort in the scriptwriting of what strongly resembles a pacifist western.

» READ THE REVIEW: “Avatar, The way of the water”, the great ecological-humanist bath of James Cameron

Gianfranco Rosi’s film offers eighty minutes of following Pope Francis on his journey, from Lampedusa to Canada, including Chile, Malta, Mexico, Israel and Palestine. Beyond the striking portrait, without commentary, of a globe-trotting pope, Rosi manages to trace a common thread through the peregrinations of a man in white going to meet the miseries of the world, determined to face the consequences of war, divisions and hatred. And trying to call the world to change course. Even if it means taking the risk of shouting in the desert.

» READ THE PORTRAIT OF THE DIRECTOR: Gianfranco Rosi, a director in the suitcases of Pope Francis

♦ Ernest and Celestine. The trip to Charabie ***

by Jean-Christophe Roger and Julien Chheng

” It’s this way and only this way ! » In Charabie, native land of the bear Ernest, we do not discuss too much the ukases of the judge who rules the country. Forced to return there, Ernest and his mouse friend Célestine come up against a dictatorship where music is strictly regulated. The Charabians, who are only allowed to play one and the same note, get drunk on orchestral improvisations in clandestine bars. The opportunity for the directors to offer some beautiful, funny and symbolic visual finds. All animated with a vivacity and sensitivity that brings the watercolors to life even more wonderfully.

» READ THE STORY AND REVIEW: “Ernest and Celestine”, the trip to the land of animation

Exit the wise young girl, the bucolic landscapes and the rose-water romance of Ernst Marischka’s films. Vicky Krieps, a thousand leagues from the somewhat cutesy character played by the very young Romy Schneider, embodies an aging empress in a film which deconstructs with modernity and jubilation a cinematographic myth to give it contemporary and feminist accents.

This comedy full of charm and energy, inspired by the story of its director, tells the story of a young woman’s passion for the American actress Julia Roberts and an insatiable thirst for cinema. The film has some nice finds in the staging and a fall that reveals the meaning of the title, less transparent than it seems at first glance.

» READ THE REVIEW: “My heroine”, Julia Roberts and me

Sylvie Verheyde follows up on Stella and rediscover its impressionist charm in this portrait of a teenager from the 1980s, caught between revisions for the baccalaureate and nights at the Bains Douches. After an unconvincing biopic on Madame Claude made for Netflix, the director thus reconnects with an autobiographical vein and a more modest economy that suit her well.

» READ THE REVIEW: “Stella is in love”, an initiatory story with tenacious charm

“Avatar”, “In viaggo”, “My heroine”… The cinema releases of December 14