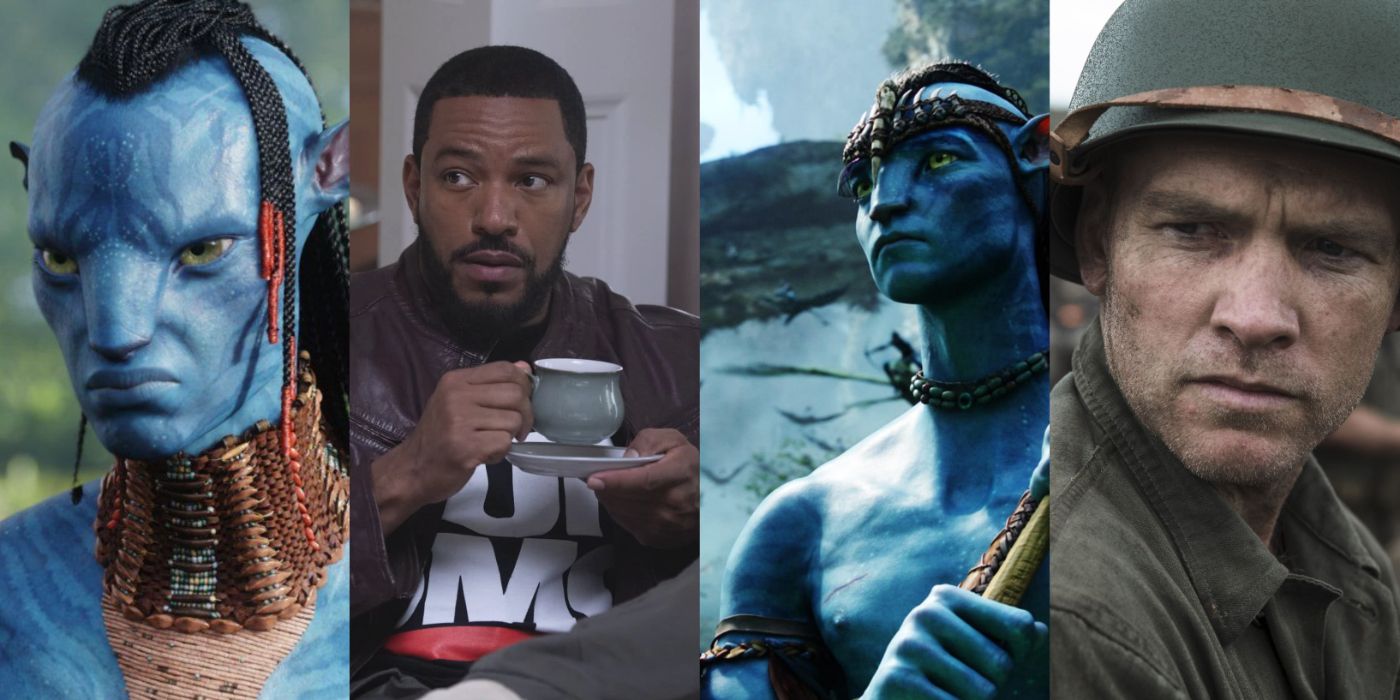 Avatar is back in theaters so fans can rewatch the highest-grossing movie of all time on the big screen as if it was meant to be watched. Restored in 4K and bringing back the 3D hype, the re-release is gearing up for the long-awaited sequel coming out in December.

In light of Avatar 2, it’s good to remember not only the main characters but also the people who play them, especially considering that most of them will return for The Way Of Water.

CCH Pounder played the spirit guide of the Omatikaya clan and is already confirmed in the upcoming Avatar sequels. Pounder remains one of the most active actresses in both the film and television industry, appearing in popular shows such as Sons Of Anarchy as well as blockbusters like Godzilla: King of the Monsters.

She played NCIS: New Orleans’ iconic Loretta Blade until the show ended in 2021 and recently appeared on The Good Fight as Vinetta Clark.

Wes Studi was a recurring actor in the 90s, having worked in iconic films such as Heat and Dances With Wolves, but most of his post-Avatar projects seem to be on a smaller scale.

However, he played a key character in the popular show Penny Dreadful in 2016, which also relates to his roots. Studi is a Native American, which only makes his role as Eykutan, the clan leader, all the more significant. Unfortunately, Eykutan passed away in the first Avatar, and he won’t be returning for future films.

Joel David Moore doesn’t seem to be as active as his Avatar peers when it comes to his acting career. Most of his hits predate Avatar, with big comedies like Dodgeball and Grandma’s Boy.

He was recently part of The Guest and Savages in minor roles but also directed a 2016 film, Youth In Oregon. Playing Norm Spellman in Avatar, one of Jake Sully’s few human allies, he’ll likely get some interesting screen time in the franchise’s upcoming movies.

Stephen Lang played the terrifying Colonel Quaritch, the stubborn and ruthless main antagonist of Avatar. Quaritch was a man of colonialist beliefs and violent impulses, and if Lang’s performance wasn’t enough to convince viewers of his talent for villain roles, his performance as the blind man in Don’t Breathe probably did. does the trick.

Terrifying audiences in 2016 with the intense story of a violent blind man who guns down the careless teenagers who invade his house, he returns in 2021 for an equally good sequel. The good news for his fans is that Lang will somehow return to the Avatar franchise, even though his character died in the original film (via Digital Spy.)

Laz Alonso collects iconic roles at ease, alternating careers in television and film. He currently plays a fan-favorite character on The Boys, Mother’s Milk, a loyal member of the OG team with the energy of the main character.

Alonso has a history with violent, action-oriented characters, from villains in the Fast and Furious to badass DEA agents in LA’s Finest. Even with so many characters sharing similar traits and abilities, he manages to deliver unique performances each, and the contrast between Tsu’tey and Mother’s Milk represents that quite well.

Michelle Rodriguez has been a major highlight in all of the most-watchable Fast and Furious films with her iconic character Letty Ortiz, and her incredible acting performance certainly helped her land the badass role of Trudy Chacon in Avatar. , an army of those who join the Na’vi in ​​the fight for what is right.

She continues to appear in recent Fast and Furious films being F9 the last. Her character is so valuable to the franchise that the writers even found a way to have her “come back” from the dead. Featured in several action films since Avatar, Michelle Rodriguez seems born for thrilling stories filled with crossfire and explosions.

One of the most loathsome characters from the first Avatar, the cowardly and easily manipulated Parker Selfridge is set to return in the franchise’s upcoming films, leaving fans wondering if he’ll get a redemption arc. Played by Giovanni Ribsi, an actor with a natural talent for comedy who also takes part in several dramatic projects, his character is the perfect mix of comedy and severity.

Currently, Ribsi is a constant presence in the television industry, having starred in shows such as Sneaky Pete, On The Verge and The Offer, showing how he still enjoys alternating between comedy and drama projects. .

One of the greatest movie actresses of all time, Sigourney Weaver has plenty of badass characters up her sleeve, with Doctora Grace among the likable ones. Having already worked with Cameron in Aliens, it is no surprise that she announces her return in Avatar 2, even if she is about to embody a whole new character.

Even after decades of active work, Weaver’s career did not cool. Reprising her role as Dana Barrett in the recent Ghostbusters: Afterlife, she also has a major role in Paul Schrader’s latest film, Master Gardener, which recently premiered at the Venice Film Festival this year.

It’s safe to say that Saldaña’s career skyrocketed after Avatar. Already a renowned actress at the time, the film allowed Zoë to establish herself as one of the most promising faces in Hollywood. Colombiana was another film that showed how the actress’ specialty could be action films, with her in the role of a dangerous stone-cold assassin.

Besides Neytiri, Saldaña has another hugely popular role up her sleeve, which is Gamora from Guardians of the Galaxy. She recently joined the cast of The Adam Project as a key character and not only returns as Neytiri in Avatar 2, but is also already confirmed in the franchise’s third and fourth entries.

Sam Worthington has been part of some big movies in the 13 years since Avatar, such as Hacksaw Ridge, where he played brave Captatin Glover, and Fractured. He was also featured in several TV shows, including Andrew Garfield’s recent true-crime miniseries, Under The Banner Of Heaven, where Worthington plays one of the perpetrators of an infamous crime.

Worthington likes to take a break from time to time between his films, but as the main character of Avatar, Jake Sully, he will likely remain a key character in all films of the franchise.

Avatar: 10 Core Cast Members (And Where Are They Now) | Pretty Reel