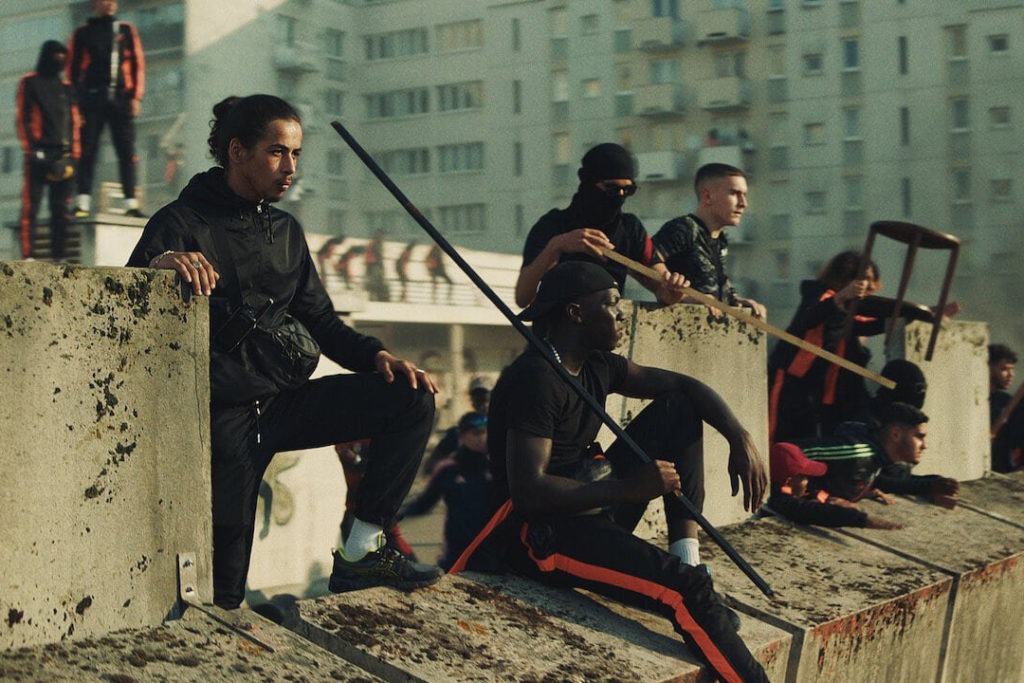 Romain Gavras’ next film featuring a French city in chaos, is coming soon to Netflix.

Fire by fire. Here is what promises the next film by Romain Gavras “Athena” co-written with Ladj Ly. While he will join the small screen on September 23 with an exclusive broadcast on Netflix, the director’s new production was presented to the international press on the occasion of the Venice Film Festival. During this Italian festival dedicated to the 7th art, critics were able to discover the 97 minutes of a cinematographic civil war. In a French suburb nicknamed Athena, three brothers want to avenge the death of a member of their siblings, but each in their own way. Large-scale chaos ensues. “We wanted to show in a timeless way that the tensions we are experiencing now are the tensions we have experienced since ancient Greece or even prehistory… It’s always the same thing, different interests that drive war , to conflict. And on the ground, it’s the people who have intimate pain who are going to be on the front line.”explains the director who chose to exploit the register of Greek tragedy.


Not another film about the suburbs


Critics are all blown away by the film’s opening scene.“The opening shot of Athena by Romain Gavras is one of the most exhilarating things I have ever seen on a cinema screen”, writes the journalist of Indie Dire. Same story for his colleague from The Guardian “It’s spectacular and immersive, and the opening is sensational” which on the other hand tempers the rest of the film. “But Athena treads water in her monotonous protest, stagnant tempo and redundant parkour filming – as impressive as that is. It also suffers from a few sneaky diversions that sound like dodges.” For the film critic of Vulture, the disagreement is complete. The movie according to him “doesn’t just hold on to the energy of those first few minutes, it builds on it to become something more complicated and poignant, never slowing down“.

ATHENA is incredible. One of the greatest films I’ve ever seen. https://t.co/guZVkqnCLy

In France, GQ is also charmed. “Romain Gavras released the horses. A witty sequel to Les Misérables, a mind-blowing war movie (the intro is one of the craziest things I’ve seen on the big screen) and a heartbreaking family tragedy. No French film looks like #Athena. This is undeniably its strength”, writes on Twitter the culture journalist of the fashion publication. At Le Parisien, we talk “with a monumental slap”. A slap that received a 5-minute standing ovation at the end of its screening at the Venice Film Festival. So we wonder, could “Athena” represent France at the next Oscars? A Netflix movie?

While some without having seen the film are wondering about yet another film about a burning suburb, Première answers them: “The power of the film lies in the way the filmmaker deploys the mythological dimension of intimate conflict in ultra everyday and super realistic settings. This mixture allows him to dismiss stereotypes (on the sons of immigrants, the suburbs, delinquency, radicalization, cops, young people), all of which are contradicted by the facts. And by blurring all the landmarks, Gavras even ends up touching a form of intense theatrical abstraction”.

While the film will arrive on the streaming platform on September 23, some are already deploring that it cannot be screened in cinemas, so much its visual intensity deserves to be seen on the big screen. Only the United States for the moment will benefit from some indoor screenings for the general public.

“Athena” on Netflix: “a slap” according to critics