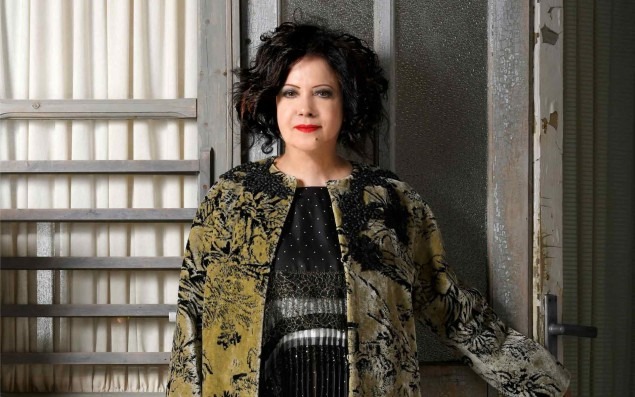 Antonella Ruggiero – born in Genoa on 15 November 1952 – is 70 years old. And it is told in this interview with Amica. “I never celebrate birthdays in style,” she says. “I’ll have lunch and a little toast with the family.”

The gift to herself is a family lunch, including the tribe of cats and dogs. The one for the fans is the first time double vinyl release of Modern Recordings, the second album of his solo career. Antonella Ruggiero – born in Genoa on November 15, 1952 – thus celebrates her 70th birthday, as an anti-diva as she has always been. And it is told in this interview with Amica.

No party in sight for such an important date? I don’t celebrate birthdays, never have. There will be a lunch, a small toast, but big celebrations aren’t really like me. It will be a day in the intimacy of the family, including pets.

Dogs or cats? They are six wonderful characters, six little animals who get along very well with each other and are fun for all of us: five cats with very long and curly hair, which look like little rags that move around the house, and a rough-haired fox terrier, which he has been with us for 11 years. He is the typical dog of the films of the 20s and 30s, a breed that I have always loved.

“I live between Lombardy and Berlin”

Where does he live with all these animals? For many years now I have lived between the greenery of a small Lombard park and Berlin, two places where I feel extremely at ease. Of course, work often takes me around, I don’t stay at home for long. But between wars, pollution and various problems I have moved away from the desire to leave that I once had.

What relationship does it have with passing age? An excellent report. This birthday, which marks the beginning of a new decade for me, begins with an important, profound reflection. It’s a decade that will take me to a part of life where there will certainly be other projects, other things, but I look at what I’m leaving behind: a beautiful and interesting long period. I can say that it has been great up until today: I was lucky enough to be able to do what I wanted, freely, independently, without pressure. 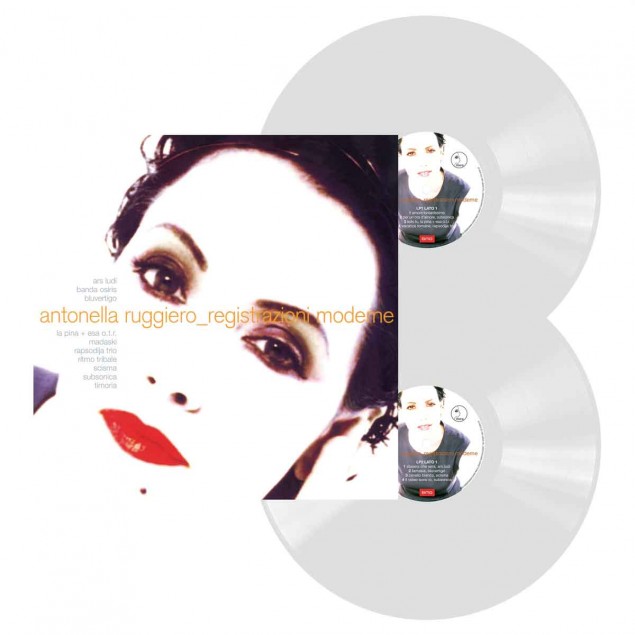 On the occasion of the 25th anniversary of “Registrazioni Moderne”, the second album of Antonella Ruggiero’s solo career is released for the first time on double vinyl (on the Libera label and BMG distribution). A very successful record released in 1997, with the most popular and loved songs of Matia Bazar rearranged in collaboration with artists of the indie rock scene: “Per un’ora d’amore” (Subsonica), “Solo tu” (La Pina e Esa), “I hear you” (Timoria); “Elettrochoc” (Bluvertigo), “There is a whole world around” (Timoria) and many others. With two bonus tracks.

Speaking of projects: the double vinyl just came out Modern Recordings, 1997 album with the most popular and loved songs of Matia Bazar rearranged in collaboration with artists of the indie rock scene of the time, from Subsonica to Timoria to Bluvertigo. An avant-garde album for the times. Twenty-five years ago, Roberto Colombo and I (her husband and producer, ed) we contacted the most interesting Italian realities to make an album that was first of all a good experience for comparison with these young bands – who would later become famous – to whom we gave the possibility in complete freedom to reinterpret the songs I’ve been singing for years.

There is a big return to vinyl: what does it mean for you? I’m very happy with it: the vinyl record has great value, it’s priceless, a cult object. Of an LP you can admire the graphics, the structure of the images desired by the artist, you can read the lyrics, discover the musicians who have created a project…

From Matia Bazar to a solo career

In 1989, after 14 years of great success, he left the Matia Bazars to devote himself to his private life and to his son Gabriele, now 32 years old. Did she ever regret it? If you’re lucky enough to be able to take time off from work, that’s great. I, then, also distanced myself from a sort of mechanism that no longer gratified me. I said to myself: “now I’ll stop, I’ll do things that go beyond what the artist’s work is”, knowing that sooner or later I’d start again.

Indeed: after seven years his solo career began. With collaborations with very different artists, even surprising ones. From Miguel Bosé to the master Ennio Morricone, from Franco Battiato to Elio e le Storie Tese. I started over the way I had always intended, which is to tackle every genre, working with musicians from all backgrounds. I’m the only child of parents who loved music, I’ve always listened to and loved good music… there’s also a lot of bad music that should be avoided. I didn’t carry out all the requests for collaborations that didn’t convince me.

Is there anything musically and artistically you wanted to do and didn’t? I don’t know, I think I really achieved everything I wanted. Maybe I just miss playing in the middle of the forest with the animals and birds singing!

In 1989, after 14 years of great successes, Antonella Ruggiero left the Matia Bazars to devote herself to her private life and to her son Gabriele (now 32 years old). «After seven years I started again in the way I had always intended», she says, «that is, tackling every genre, working with musicians from all backgrounds» (photo Piero Biasion)

What is faith for you? What about spirituality? I’m interested in understanding how people express their beliefs, if they have it, I’m interested in understanding why they don’t. People like Rita Levi Montalcini and Margherita Hack, who have always professed to be atheists, are extraordinary. For me it is a connection with that something that cannot be understood. I’m not an atheist, but my non-being means mainly observing nature. Which is crazy, extraordinary, amazing and which makes me wonder – knowing that I have no certainties – who could ever have thought of creating a planet like ours.

Back to Earth: You participated 11 times in San Remo, first with Matia Bazar and then as a soloist. What do you think of the Festival? Do you still follow him? I watch it when I’m at home and, like everyone, I know how it ends and what’s going on. I’ve always seen it as a work to be presented to a large audience, I went there when I had something to say, certainly not to participate in an immense collective ritual. Also because the week of Sanremo is very stressful: among all the commitments and interviews, the stage and the singing become the least of the problems.

Does the debate on the use of the feminine excite you? What do you think of Giorgia Meloni’s choice to be called “the president”, in the masculine? I find it incomprehensible, whatever profession one does. For example, I find it absurd that a female conductor calls herself “the director”. We are “the president”, “the” woman who does a job. Let’s hope that one day “the President of the Republic” will arrive.

At the end of this interview with Friend I ask her what is the person, philosophy, or thing that is closest to her. What makes the mind feel good is for me a vision linked to nature, to animals, to everything that is not human. You have to go and find your own inner and outer panorama. What I call “caressing for the heart and the brain” is not a person, it is something that is part of one’s personal research. You have to go and look for friendly things personally: reality doesn’t give them to you.

Antonella Ruggiero turns 70 and talks about herself. Interview | Friend